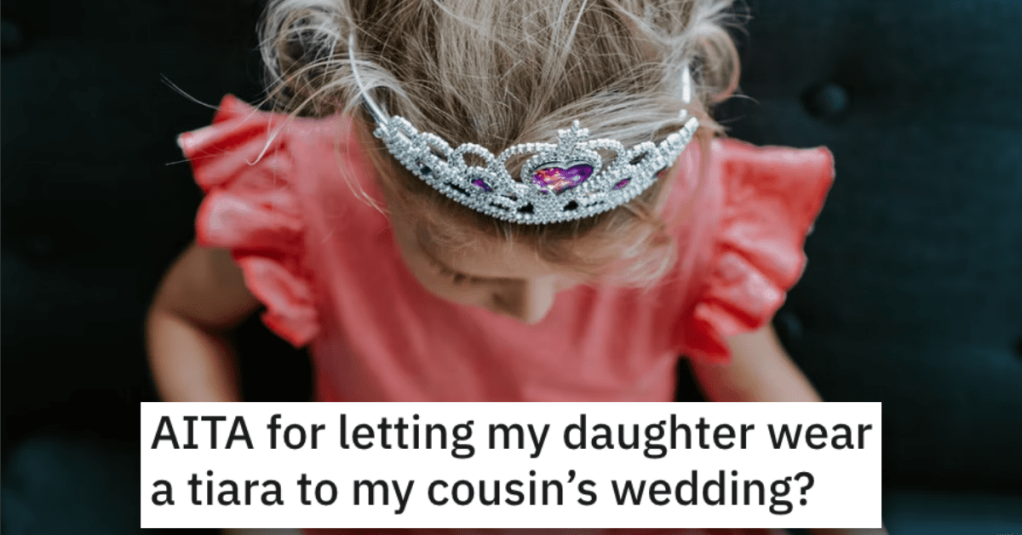 Was This Mom Wrong for Letting Her Daughter Wear a Tiara to a Wedding? Here’s What People Said.

I’ve never encountered it personally, but people sure do get worked up about what folks wear to their weddings.

Which makes sense, but this story concerns a little kid…so it’s kind of strange.

AITA for letting my daughter wear a tiara to my cousin’s wedding?

“My (32F) daughter Chloe (4F) has a fascination with princesses. She loves the color pink, wears only dresses, and has an array of tiaras she wears everywhere except at pre-school where she can’t (but she does have it in her backpack).

My cousin (33M) Alex invited us to his wedding, which was this past Saturday. Chloe was excited because she got to dress up and stay dressed up the entire time. She also couldn’t wait to see the bride’s dress. She asked if she could wear her princess tiara and I said of course.

We got to the wedding on time. However, the start time was delayed for unknown reasons. 15 minutes after it was supposed to start, one of the bridesmaids came out and told me that the bride Jen (31F) was refusing to come out because my daughter was wearing a tiara.

I thought she was joking, but she wasn’t. Apparently, the bride was also wearing a tiara and wanted to be the only one wearing it.

I told the bridesmaid that Chloe loves tiaras and always wears them. The bridesmaid said “not today she isn’t” and told me it needed to be removed. I said no. The bride is a grown woman and was being petty over a child’s tiara.

The bridesmaid left for a couple minutes and then Alex himself came out. He told me to leave. I asked why and he said because I won’t tell Chloe to take off her tiara. I said this was ridiculous and Alex said it’s not my wedding and when I get married then Chloe can wear one to mine, but that I’m officially uninvited regardless.

Others around me told me to just take it off and I wouldn’t. Alex’s mom came over and escorted us out.

Chloe was upset and crying because she feels she did something wrong and I’m upset because I can’t believe someone would be jealous over a literal 4 year old. I also feel bad because Chloe was really looking forward to seeing Jen’s dress because she loves wedding dresses. But literally no one is on my side.

One reader said that this mom is the a**hole and that she needs to teach her daughter a pretty big life lesson. 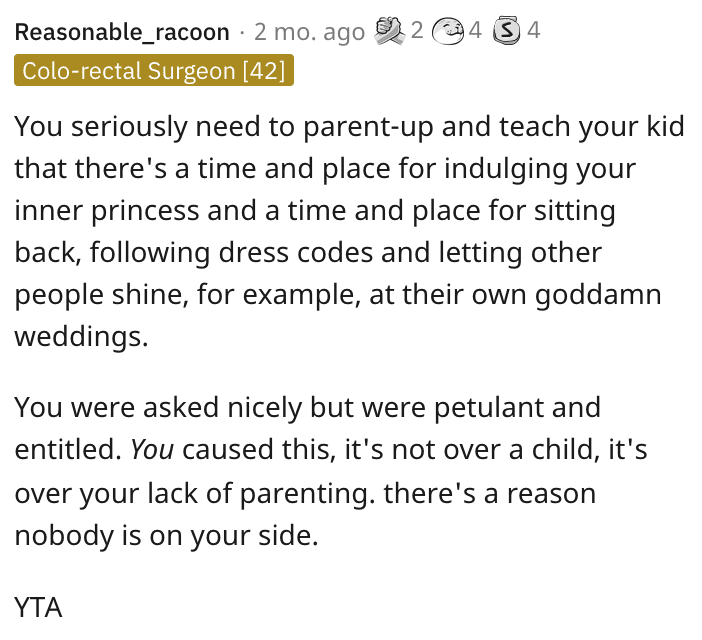 And this individual agreed and said she should have respected the bride’s wishes. 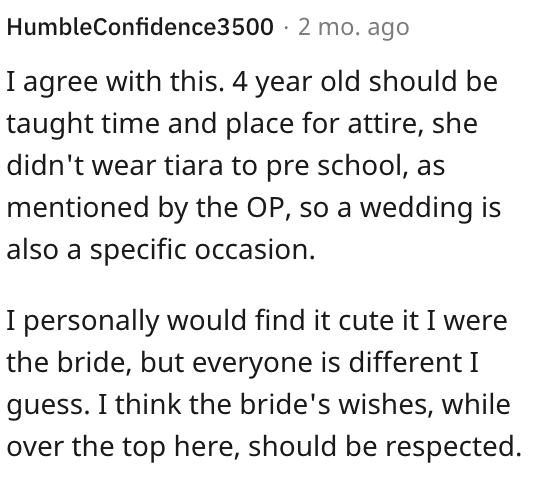 Another Reddit user said this mom is an a**hole for digging her heels in on this issue for no good reason. 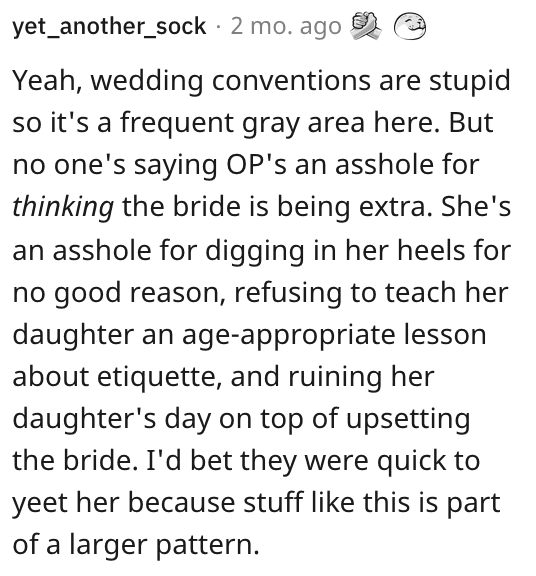