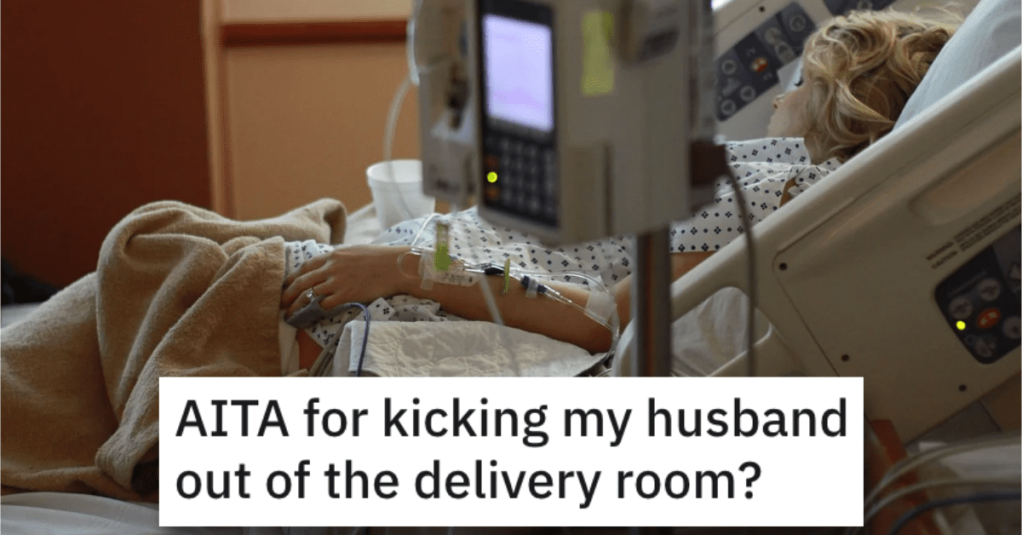 Was This Woman Wrong for Kicking Her Husband Out of the Delivery Room? People Responded.

This is not the first time I’ve encountered a story on Reddit’s “Am I the A**hole?” page about a woman kicking a man out of a delivery room.

But each one is unique and this story is no different.

Keep reading to see what happened and if you think this woman stepped over the line.

AITA for kicking my husband out of the delivery room?

My husband was so excited and was super supportive and caring throughout the pregnancy. The only this is that he became slightly obsessed with watching YouTube and TikTok videos of husbands pulling pranks on their wives while in labor.

I didn’t mind at first but then he started casually joking about doing things he saw in the videos saying it would be funny. I clearly stated my distaste for them and asked him not to do anything like what he saw. He agreed and continued to joke about it time to time but I brushed it off since I trusted him and thought nothing would come of it.

The day of the delivery came and I had been in labor for 8 hrs (12 hr total labor). I had just finished another round of contractions when my husband let out the loudest fart, turned to me and said, “what the hell have you been eating OP? It smells disgusting” I immediately recognized that as one of the pranks in the videos. Outraged at him not honoring what I asked him not to do I demanded that he leave the room.

He started yo arguing saying it was just a joke but I insisted and luckily the nurse helped get him out. I went through the last 4 hrs of labor by myself since my family lives out of state and I’m not close to my MIL. After the delivery I told the nurse he could come back into the room and he was fuming. He started demanding that I tell him why I kicked him out. I calmly told him the reason but he was pi**ed. He hasn’t talked to me in a week.

His mom is taking his side saying that I was a complete b**ch for kicking him out. Normally he will defend me from her but this time he completely agreed. I might be the a**hole because I know how much he was looking forward to being there for the birth of our first kid and especially when he got to cut the cord, but I still kicked him out and refused to let him back in. The nursed asked a few times if I wanted him back but each time I said no.

AITA for kicking out my husband after a stupid prank he agreed not to do?”

Now let’s see how Reddit users felt about this story.

This reader said that this woman’s husband sounds like a real jerk. 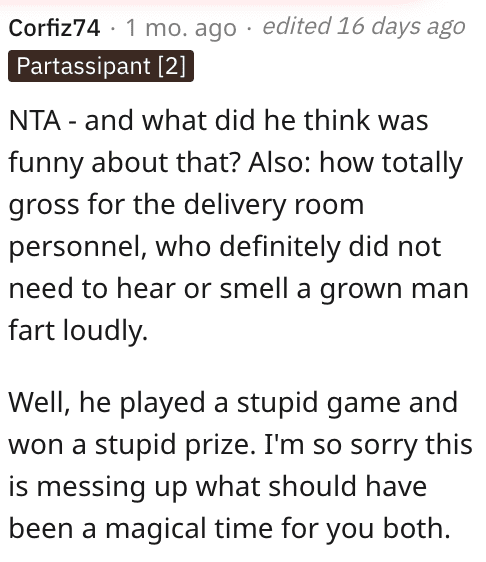 And another individual said that the husband and his mother are both behaving horribly. 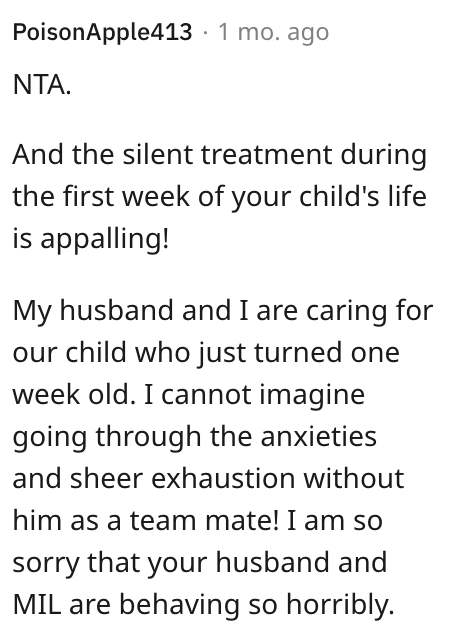 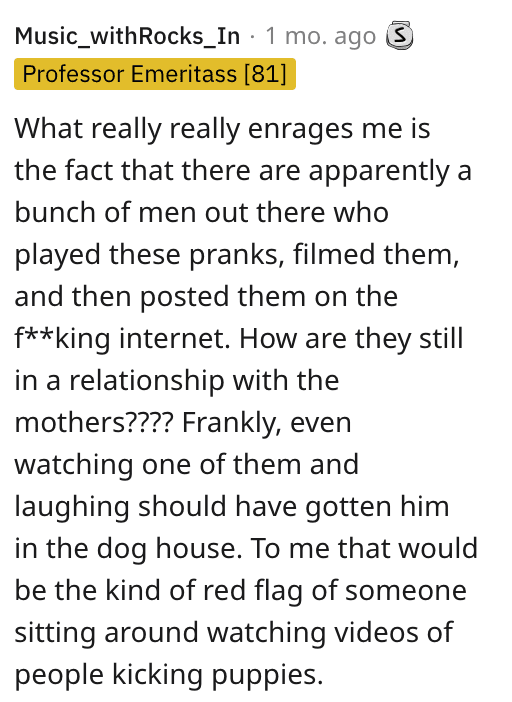