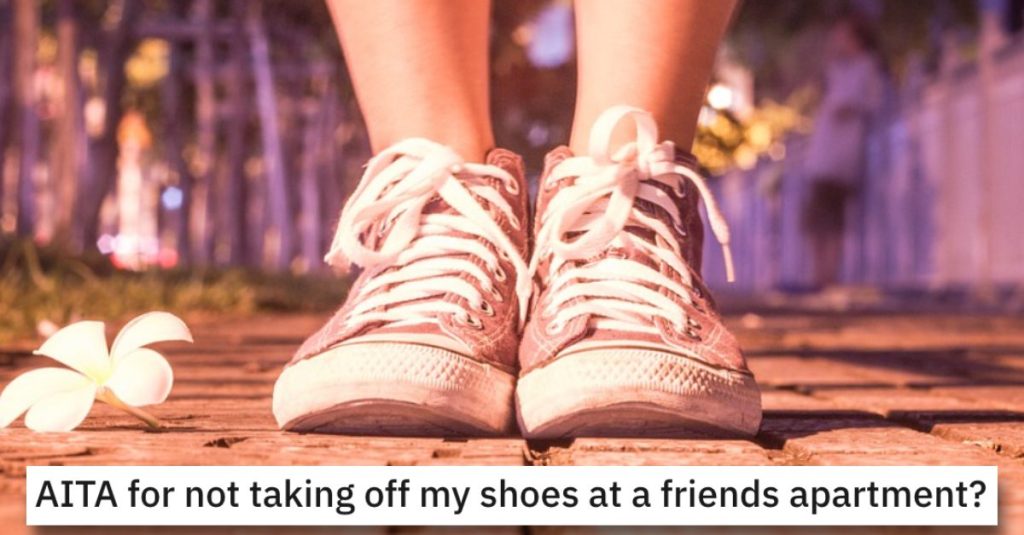 Was This Woman Wrong for Not Taking Her Shoes off at a Friend’s House? People Responded.

One of my philosophies in life is that if you’re a guest in someone’s house, you abide by their rules.

It’s as simple as that!

For me, at least…

But everyone is different and this woman wants to know if she acted like an a**hole in her friend’s apartment.

AITA for not taking off my shoes at a friend’s apartment?

“This may sound silly but my friend is being kinda weird about it. So I (f24) went to new friends (f22) apartment for the first time.

It was a group hangout so there was 6 of us there. My new friend whose apartment it was, Tiffany asked everyone to take their shoes off when they came in. she even had a special shoe rack by the door for peoples shoes. I was wearing stiletto and didn’t have any socks on so I chose to keep them on. she asked me personally to take off my shoes, she wasn’t rude about it but when I said id rather not she had a weird look on her face.

She’s Asian and I know that it’s a thing for them to take their shoes off in the house but I didn’t grow up that way and wasn’t comfortable being barefoot. I was the only one wearing shoes and I caught her and a few others looking at my shoes a few times.

When I left the gathering two of my friends asked me why I didn’t take my shoes off and said it was rude. I think they’re being dramatic. Am I the a**hole?”

This reader said this woman is an a**hole…I agree. 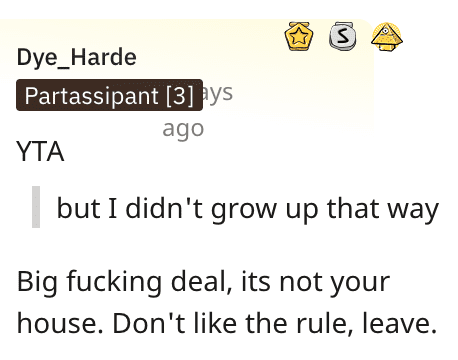 And this individual pointed out that this woman would have probably been offered slippers, so what’s the big deal? 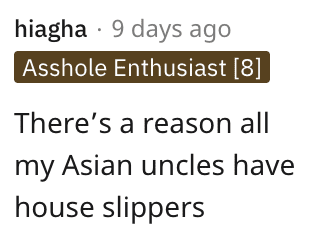 Lastly, this Reddit user said this woman is an a**hole and also sounds very immature. 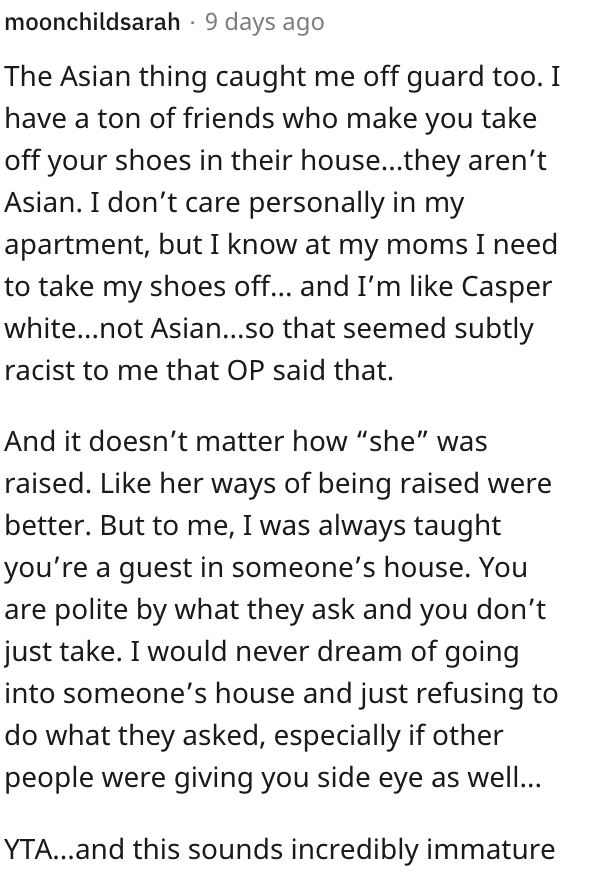