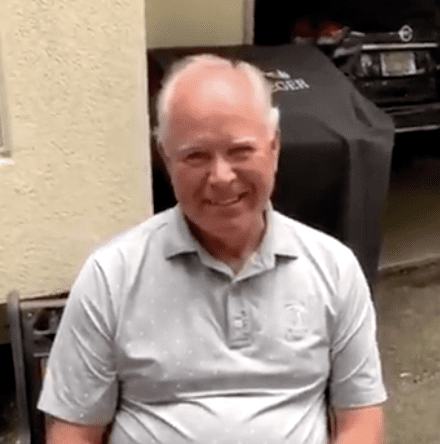 If you never heard of Lady Gaga, you must be living under a rock.

She is by far one of the biggest global musicians of our time. She’s won over 250 awards, in which she’s been nominated 593 times! These awards span international and domestic associations. She’s also crossed over into films starring alongside Bradley Cooper in A Star is Born.

It’s no wonder she’s caught the attention of Grandpa Jim. A 66-year-old mega fan of the “Born This Way” artist, was surprised by his wife, Mary-Beth, and Granddaughter, Whitney, with tickets to her show in Las Vegas!
Check it out!

MY GRANDPAS FACE WHEN HE FOUND OUT WE WERE SEEING LADY GAGA I CANT HES SO PURE HE LOVES HER SO MUCH ??? @ladygaga pic.twitter.com/o5GsUR3uBG

Whitney wrote, “MY GRANDPAS FACE WHEN HE FOUND OUT WE WERE SEEING LADY GAGA I CANT HES SO PURE HE LOVES HER SO MUCH “

Such a pure and awe-worthy moment for Grandpa Jim. The way his face lights up as he exclaims, “Gaga?”, makes your heart melt.

Even Twitter had a few awesome reactions to his surprise.

Well, this is the greatest thing ever…

The wonder is his voice is a thing of beauty.

We just can’t even…

Gaga has taken up a residency in Las Vegas which began last December and is set to go on into June 2020 at the MGM Grand. Her show’s titled ENIGMA and will feature her chart-topping hits as well as some new songs.

It’s certainly going to be a treat for Grandpa Jim and his fam!