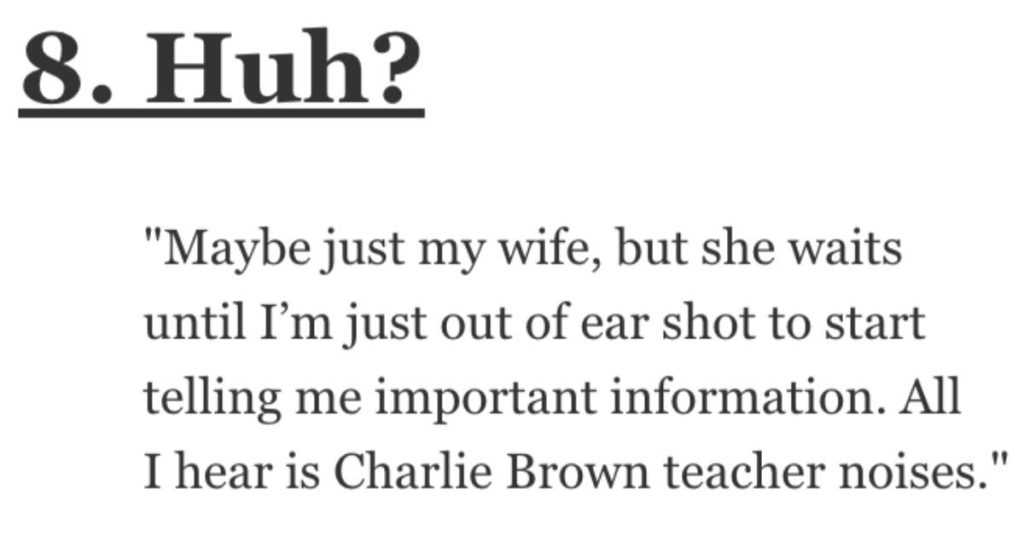 What Baffles You About Women? Men Shared Their Thoughts.

Guys, are you ready to go on the record and tell us what baffles you about the ladies?

If you are, we want to hear from you in the comments!

And if you’re not, maybe some of these answers from guys on AskReddit will make you nod your heads in agreement.

“When a woman says she was into me a while back, but is not anymore because I didn’t make a move when she was communicating her interest through extremely subtle and undetectable signals.

I can’t read your mind. If you’re interested, just tell me.”

“How they stick those clumps of hair to the walls of the shower.

Rather they be swirled onto the wall than clog the drain.

But wow that’s funny, every relationship I’ve had has included cleaning hair off the shower walls regularly.

Didn’t even think about it until now”

“Getting mad about something “I” did in a dream.

My wife doesn’t get mad but she’ll get visibly upset and distraught the next day.

One time I woke up in the middle of the night to her ugly crying because she had caught me with a girl named ‘Loren’ in her dream (spelled exactly that way according to her).”

“You’re willing to spend an eternity in a shop you like and complain at me when I say I’m ready to go, but if it’s a place I like, I better be ready to drop everything and leave when you say you want to.”

“Clean up that cabinet that’s been a mess for the last 14 months at 10 pm the night before you leave on a big trip, because you “Want to come home to a clean house”.”

“Speaking with subtext and implications.

Girls think they’re being obvious, but it’s really difficult picking up on their attempts to communicate.”

“Talk like we’re sitting in a library and then get mad when I couldn’t hear what you said.”

“Maybe just my wife, but she waits until I’m just out of ear shot to start telling me important information.

All I hear is Charlie Brown teacher noises.”

“Asking me what I’m thinking.

Saying nothing is the wrong answer, but giving a genuine answer, a.k.a I was just thinking about who would win in a fight between a Gorilla and three Baboons, and that’s far worse.

Just accept the nothing and let me be in peace then.”

“Not bring their wallet/IDs wherever they go and then act surprised when they need to show their ID somewhere.”

“Why do y’all share intimate details about our s** life to your friends?

It’s strange to us because contrary to what happens in high school movies, guys don’t talk about private bedroom stuff to our buddies.

That’s private. We don’t like when y’all do it.”