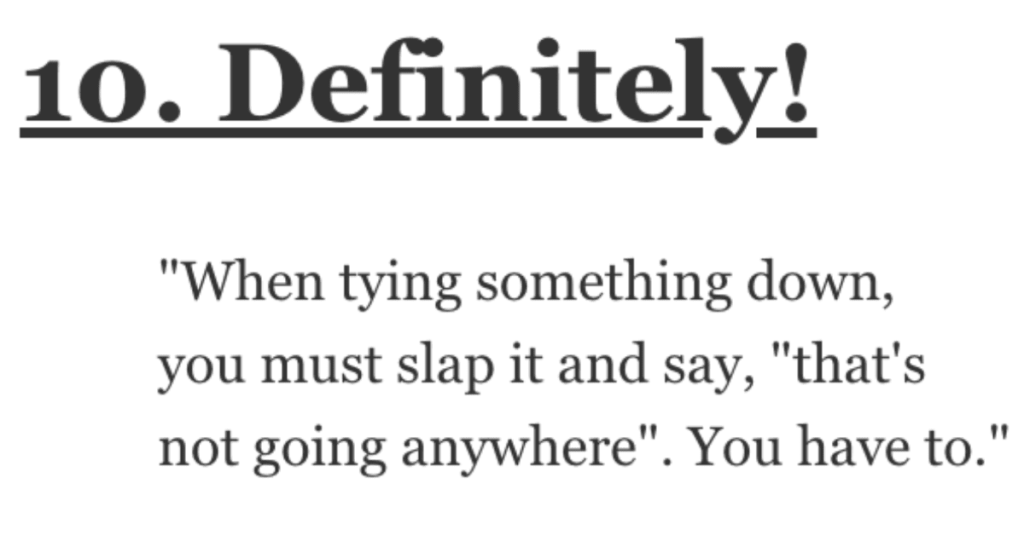 What Can All Men Agree On? Here’s What People Had to Say.

Can all men agree on ANYTHING?

Apparently, some people think so…and AskReddit users are pretty sure of it.

“When tying something down, you must slap it and say, “that’s not going anywhere”.

“We all fear something bad happening to our nuts.

There was this one James Bond scene where a guy attached a rock to a rope a beat in James’s nuts with it.

I think we all winced during that scene.”

“You must occupy the farthest Urinal from your fellow peeing comrade.

If occupying the farthest urinal is not an option, leave at least one urinal between you and the fellow comrade.”

My wife is 28 and just in the past month realized that there is a code of when you go in for a full hug and when you shake into a half hug.

No one knows the line between the two, but all men know when to use which one.”

If you let us touch them, they’re perfect.”

“I think men generally know that they are an average to good driver and everyone else is a reckless a**hole who should have their license revoked.”

“Never leave the house without:

“When standing up, you must always groan even if you feel no pain or discomfort, especially if you are getting out of bed.”

“Don’t impregnate anyone until you’ve been in a relationship for at least 2 years and are fully ready to commit both physically/mentally and financially.”

“If you walk pass someone on the street and make eye contact, even accidentally, you are obliged to nod and acknowledge their presence.”

“My boyfriend told me that all men, at one point in their lives, thought about hanging a sword on the wall.”

“Even if a man is not the buildiest man, at some point he will build a thing.

And he will be super proud of that thing.”