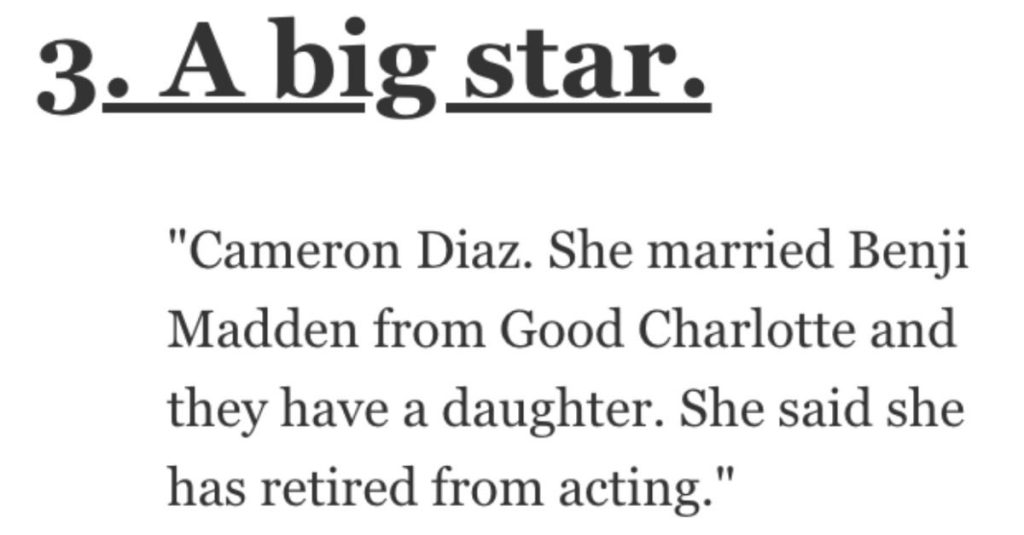 What Celebrity Disappeared Out of Nowhere? Here’s What People Said.

You’ve most likely heard that term before and I think it perfectly sums up what today’s topic is…celebrities that disappeared out of nowhere.

Let’s check in with AskReddit users and see what they think about this.

Dude was in pretty much everything once upon a time, now you never see him in anything.”

She was abducted and s**ually a**aulted so took a lot of time off to recover from the ordeal. Pretty grim stuff.

I really like her music because it’s got the same ’60s soul revival vibe that Amy Winehouse was also known for.”

She married Benji Madden from Good Charlotte and they have a daughter.

She said she has retired from acting.”

“Clive Owen was everywhere in the mid 2000s.

Now he’s hardly in anything.”

Wish he’d figure his s**t out and come back.”

His half brother embezzled millions of dollars while working as Dane’s business manager.

I think it took a toll on him. And now he’s engaged to a girl 27 years younger than him.”

“Gene Hackman. He retired. Good for him.

One of the few Hollywood retirements that actually stuck.”

They went from releasing a film or TV show every year for a decade to just completely stopping and moving to fashion in 2004.

I haven’t heard much about them since (other than I know they both had health issues).”

Both of them were seemingly in every other movie for a bit then nothing.”

“I saw a post about Tom Green the other day and looked him up.

The dude lives in a log cabin on 100 acres in rural Ottawa now. He grew a beard, turned grey, and makes hours-long Instagram livestreams of him roaming around his property.

It’s so weird how he was pretty successful for a bit and hasn’t been in anything notable in over a decade.”

“That band ‘The Darkness’.

They were huge for about a year and dropped off the face of the planet.”

Being an insufferable d**chebag and being in prison will in fact limit your involvement in any movie, as it turns out.”