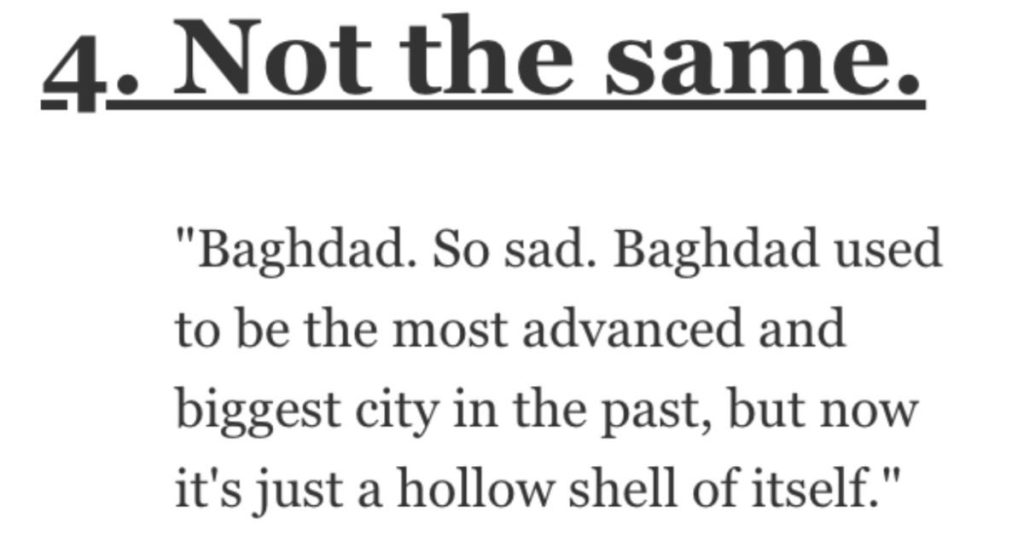 What City Will You Never Visit Based on Its Reputation? People Shared Their Thoughts.

I honestly don’t think I’d ever NOT visit a city based solely on its reputation.

I don’t necessarily think I’d visit a city that was caught in the middle of a war or anything like that, but I’m pretty open-minded and I’d like to think I’d give any place a fair shot.

But the folks you’re about to hear from are definitely not going to some cities because of what they’ve heard about them.

Let’s take a look at what they had to say.

“Guadalajara, Mexico. I work for a large software dev. company that has a delivery center in Guadalajara.

We’ve had to go as far as employing private security services to establish a safe zone for employees due to kidnapping attempts and general random violent incidents.”

I heard it has the dirtiest air and filthiest environment on Earth. 135k people d**d due to air pollution in 2018.”

Baghdad used to be the most advanced and biggest city in the past, but now it’s just a hollow shell of itself.”

“The State Department page for travel to Mogadishu is a wild ride. Some of my favorite excerpts:

*Draft a will and designate appropriate insurance beneficiaries and/or power of attorney.

*Be sure to appoint one family member to serve as the point of contact with hostage-takers, media, U.S. and host country government agencies, and members of Congress if you are taken hostage or detained.

*Establish a proof of life protocol with your loved ones, so that if you are taken hostage, your loved ones can know specific questions (and answers) to ask the hostage-takers to be sure that you are alive (and to rule out a hoax).”

I’ve heard that it’s a nightmare of a city and not worth visiting.”

Basically any city in a country where it’s legal to execute people for being gay.

I prefer to not give any of my money to these places as a tourist.”

No matter how cool you think you are, you’re still in Texas.”

This city is not safe for the civilians too! The Taliban regime is very strict and doesn’t spare anyone.

Everyone is a target as they aren’t answerable to anyone. They are violating basic human rights and no one bats an eyelid.”

I lived in St. Louis (two legally seperate cities in different states) briefly, never had a reason to cross the bridge, but I only heard bad things and that ESL was a “failed state.””

“I’m Indian and refuse to go to Delhi.

I stopped at the airport and was absolutely disgusted.

No way I’ll be setting foot in that city.”

“I was visiting El Paso and was told absolutely do not cross the border into Juarez.

So I probably won’t ever go there.”

Is there a city you’ll never visit because of its reputation?