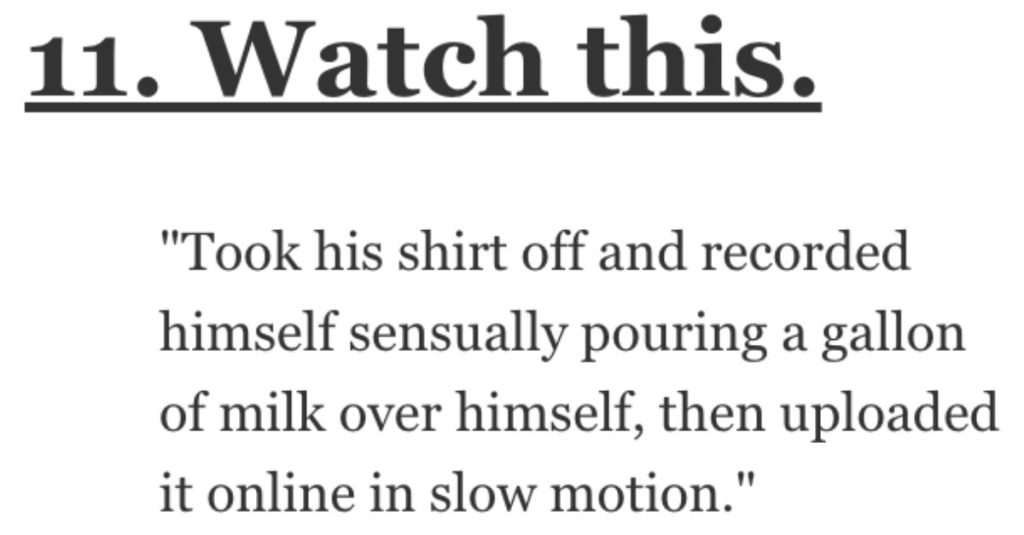 What Did “The Weird Kid” at Your School Do to Get That Reputation? People Shared Their Stories.

Every school has one…or maybe two…

The outcast kid who is just plain weird…or at least the popular kids think they’re weird.

But I always thought those kids were probably the most interesting students in my school!

Today let’s hear some stories about “the weird kid” from AskReddit users.

“Dressed up as Sonic everyday and ran through the halls as fast as he could.

If I remember correctly, he briefly had a girlfriend who dressed up as Tails.”

“Dressed up like Neo from The Matrix because it was a Wednesday.

Strange thing is he looked like JP from Grandma’s Boy and that movie hadn’t came out yet.”

“He showed up to school wearing a suit and carried a briefcase.

“Took his shirt off and recorded himself sensually pouring a gallon of milk over himself, then uploaded it online in slow motion.”

“He was weird for MANY reasons, but the one that stood out was eating the sheep eyeball we’d been given to dissect in science class.”

“My school was famous for hallway stampedes during spirit week.

A freshman stood in front of an oncoming stampede with his hand out as if that was gonna stop them and got absolutely plowed (I’m pretty sure he broke his arm).

He then earned the nickname “Moses” for trying to part the stampede as if it was the Red Sea.”

“He lost his finger while trying to sneak out of the school by climbing a very tall fence.

He always had a black glove on after that.”

“A kid at my highschool would perch on the back of his chair in the cafeteria, the way birds do. He never sat on the seat.

He also wore a trench coat that would hang down to the ground while he perched and ate. If you tried to talk to him, he would hiss at you.

He had incredible balance but freaked everyone out a little.”

“He licked all the stairway rails.

This kid has the immune system of a God because he never got sick.”

“A couple would wear cat ears and tails and hiss, swipe, meow, and growl.

It was rumored they were found actually “heavy petting” and purring and rubbing their faces in each other in a bush in the park after school one day, but that was hearsay from my friends.

Guess they figured out they were furries early.”

“A girl in my school was always pretending to be a horse, even in class, even in grade 5.

To her, pretending to be a horse meant holding her hands downward in front of her chest, skipping instead of walking, and holding her eyes wide open.

She did not take constructive criticism. Nor the other kind.”

“Used to pay people to kick him in the nuts. Like lots of money. Think he got some sort of weird s**ual pleasure put of it.

He also s**t his shorts in the hallway and it felt out on the floor, that was freshman year.”