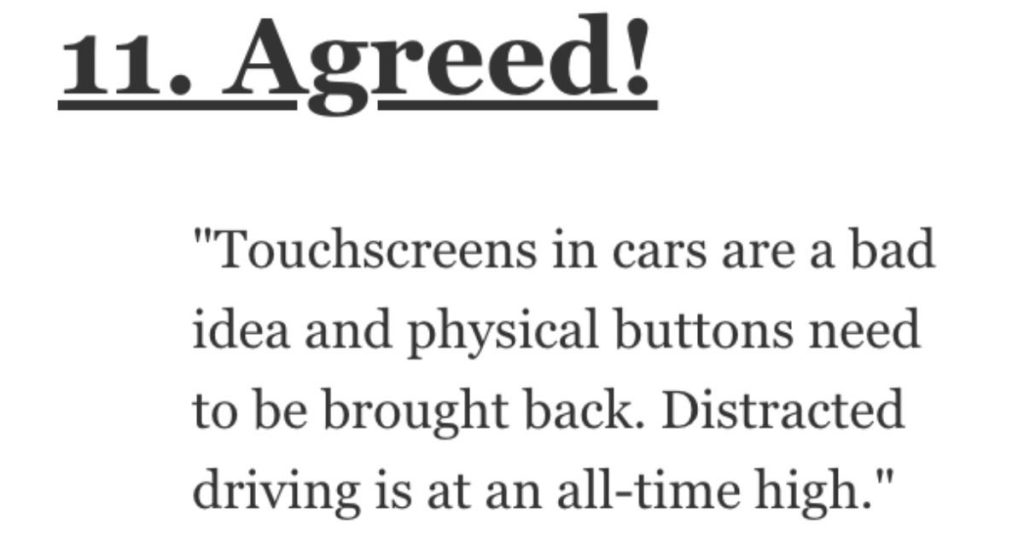 What Do Agree With the Boomers On? Here’s What People Said.

You mean that younger folks actually agree with Boomers on some things?

Folks, you heard it here first…

And it’s all true!

So hang on tight and see what AskReddit users had to say about this!

“I don’t need a subscription for everything.

No you don’t need my phone number or email just let me buy my shirt and get the f**k out of the store.”

“TV is too dark and too quiet.

I swear we have to turn the volume up like twice as loud as we have it normally to watch Yellowstone.

Better believe the commercials have plenty of volume though…”

“Sometimes it’s faster (and easier) to just plug something in, instead of dealing with bluetooth connectivity.

There’s something nice about knowing how to get it connected and being able to physically connect/disconnect.”

“I’ve seen people stand in the middle of a stairway, blocking people going up and down the stairs just to do something on their phone.

The lack of awareness of people around them is horrible.”

“Those MFers who walk around having loud ass phone conversations on speaker in stores.

Makes me want to slap that s**t out of their hands.”

“Products aren’t made to last anymore.

Planned obsolescence has to stop.

(Here’s where I differ from Boomers) > Not only is it bad for the environment, it’s s**tty justification for making terrible products.”

7. Blinded by the light.

“Standard headlights on new automobiles are too bright.

Literally being blinded by every other car DURING THE DAYTIME wondering if their brights are on.”

I have friends who love the movie and watch it on Netflix whenever they can…… and then Netflix removes it. And if it’s a rare find, then you might never see it again. Owning a physical copy means you get to keep it and cherish it forever.

And if you’re on a plane, where the movie options can sometimes be garbage? A handheld BluRay player is your answer.

Also I love the artwork of BluRay covers. Another reason to have a physical copy.”

“Things aren’t made like they used to be. Everything you buy now is so cheaply manufactured.

Even high end furniture uses cheap particle board and crappy joinery. We bought a pretty high end couch a few years back and it’s barely holding together.”

It’s amazing how much better my mental health got after deleting Facebook. Although ironically, seems Boomers have made the switch to being all over FB, twitter, etc.

Also, as someone else posted you really don’t need to publicly post every second of your life. I’ve gotten to the point of mildly cringing on the occasions I pull out snapchat and see someone posting 15-20 photos of a single night.”

“Touchscreens in cars are a bad idea and physical buttons need to be brought back. Distracted driving is at an all-time high.

Touchscreen controls literally require you to take your eyes off the road and can create a longer time of inattention due to their complexity.

I have an old-a** car with physical controls. I can do dang near anything (radio, climate control, etc.) without taking my eyes off the road and in much less time.”

“Make your kids go outside and play. They need hours of play time in fresh air and socializing. Stop keeping them cooped up on computer games.

I had to teach my 11 and 12 year old nephews how to rude bikes last summer because they never learned how. They were never outside long enough. Their parents still don’t let them go outside.”