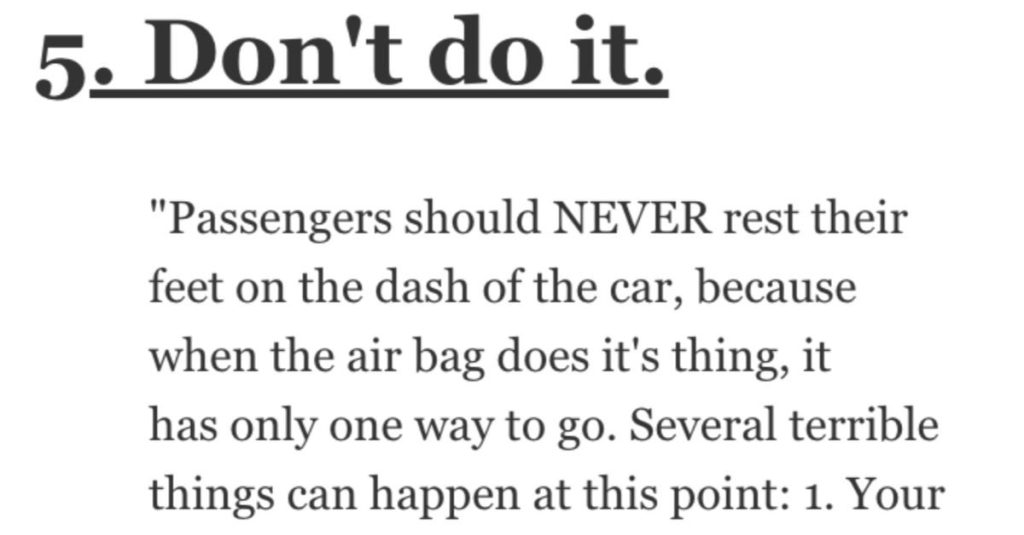 What Do People Not Realize Is Very Dangerous? Here’s What Folks Said.

Well, this promises to be an interesting conversation…

Because I’ll tell you one thing I know for sure: there are a lot of dangerous things in the world that most people don’t even realize are so hazardous.

And these folks on AskReddit were nice enough to tip us off about what we should keep an eye out for!

“A disturbing amount of people seem to think wild animals won’t try to hurt or k**l them.”

Escalators have the potential to cause severe injuries to those who use them or work around them.”

“Concert venues, nightclubs, and bars especially if they are packed. If you are having any issues trying to move around during that event it could be a spell for a disaster.

People don’t realize how quick things can go wrong especially in a crowded area. Always have a exit strategy and look for the location of the emergency exits, people tend to leave from where they came in. If the emergency exists are very few and far between or even locked up and the place is packed do yourself a favor and leave.

Incidents like Rhode Island Station Fire and Pulse nightclub are a few examples of how dangerous these places can get. Seriously have a plan in the back of your mind on how to get out of a packed establishment it could save your life and the lives of those who you care about.”

My aunt got mauled by a pack of three dogs while out for a walk and thankfully survived only with minor scars on her face.

She moved away because of it.”

“Passengers should NEVER rest their feet on the dash of the car, because when the air bag does it’s thing, it has only one way to go.

Several terrible things can happen at this point: 1. Your knees get pushed into your face, and I won’t paint that picture. Or, 2. Your hips are dislocated.”

“I fell down the last five stairs within 6 months of buying my house.

That was 6 years ago and I’ve never fallen again.

Those five stairs messed me up. I’ve taken every step up or down with my total attention since.”

F**king around on the roof with a poorly fixed ladder is just one example of of an accident waiting to happen.”

Due to humans, their predators are gone and they are massively overpopulated. There are more white-tailed deer on the eastern seaboard now than there were when the Europeans arrived.

Motor vehicle accidents involving white-tails k**l about a hundred people a year – most of these involve idiots who don’t want to wear a helmet on a motorcycle. Since the white-tails natural environment has been developed and segmented they have no choice but to browse on agriculture.

Tick-borne diseases like Lyme disease and Rocky Mountain Spotted fever impact more and more humans every year. And don’t get me started on prions and Alpha Gal syndrome, because you’re probably bored and ready to move on the next comment anyway.”

“Laughing or talking while you have food in you mouth.

The food may enter the windpipe instead of entering into the food pipe.”

It’s bad when grandma sits there watching Fox News or CNN for 10 hours straight, constantly reinforcing her own biases without any alternate views.

This is how radicals are made.”

If you combine bleach with an ammonia based cleaner, it can produce chlorine gas that can k**l you.”

“Walking as a pedestrian in NYC. I see so many people three feet from d**th on a weekly basis.

I have personally saved three people’s lives in the past 2 years when this series of events happens:

a. the person was looking at their phone waiting to cross the street

b. people next to them start to cross the street, but the person didn’t realize the people they were next to them were jaywalking and they were doing it quickly to thread the needle between cars

c. person on phone assumes the light has changed and start walking, but slowly. Since the others are going fast, they will make it, but the person on the phone is casually walking across and will get smashed by the car

d. Me, grab their shoulder while yelling “watch it!”. If you don’t yell, they instantly get mad at you. If you yell this, they get surprised and shocked. STILL not looking at the car that is about to hit them.

None of the three people I mentioned below even said thanks.”

Tell us what you think is dangerous in the comments.