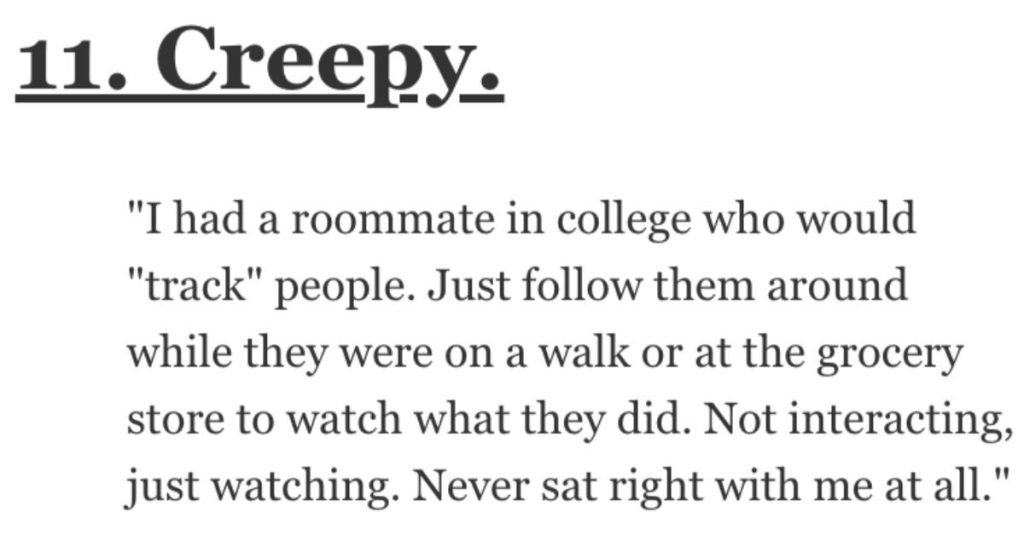 What Hobbies Are Super Sus? Here’s What People Said.

Has anyone ever told you that they have a specific hobby and you thought to yourself…wow, that’s really creepy?

I think we’ve all been there at one time or another, and today we’re going to hear from folks on AskReddit regarding what they think about this.

“I lived on the 12th floor of the Atlantis casino in Reno for a few months.

I frequently saw the same people at the same slots the first week of every month. Eventually someone explained it was when they got social security checks in the mail.

I mean like collecting their flags, idolization, talking about it all the time, etc.”

Those people always be in the middle of the road going under the speed limit, but if we pass them we’re the a**hole.”

“Doing drugs as a hobby.

Literally some people have so little going on in their lives that “I do drugs” is the key note to their personality.”

Not the people who make it a career, but I mean hobby golfers who disappear from their families every weekend to get trashed, hit golf balls, and f**k around.

Their attitudes are often full of arrogance. When I lived kinda in the middle of nowhere the only two bars I could visit without having to drive 30+ minutes was the VFW and a bar right off a golf course that was catered more toward golfers but open to general public.

I chose the VFW as often as I could. Golfers tend to have this elitist attitude I don’t vibe with.”

“I have a dude in my class who is super into knives.

Sure, it’s an odd hobby, and I didn’t think much about it until he told me he sometimes carries one with him for the sole purpose of st**bing anyone who tries to mess with him (in self-defense).

The intention is good but he gave off the vibe that he’s just d**ng to have an opportunity to just s**b someone, which is what’s scary…”

“This was a real “hobby” that a date I went on had and I was at their house.

They collected d**d animal teeth and kept them in a jar with the gum, tissue and everything so the whole house smelled like weed and rotting animals.

They planned on doing some weird s**t like making a mural out of them and I was like uhhh…. I have to go pretty soon.”

“I had a roommate in college who would “track” people.

Just follow them around while they were on a walk or at the grocery store to watch what they did.

Not interacting, just watching. Never sat right with me at all.”

Especially if they don’t make money off it and they’re doing it for fun.”

“I think a hobby that raises an immediate red flag is collecting or hoarding items that are associated with a tragic event or sensitive topic.

For example, collecting items from a natural disaster or war zone, or hoarding objects that were owned by someone who was famous for committing a heinous crime.”

“Decorating your jeep or truck or yard with political flags of a defeated ex-president who lost 2 years ago. 🚩🚩🚩🚩🚩”

If you’re hunting to eat it then ok but hunting just for a “trophy” is sick.

Ending an animal’s life for your pleasure is wrong.”

There’s nothing wrong with them, a lot can be helpful! But placing your entire psyche solely on a few books and not also a therapist could become like a echo chamber or damaging :(.”