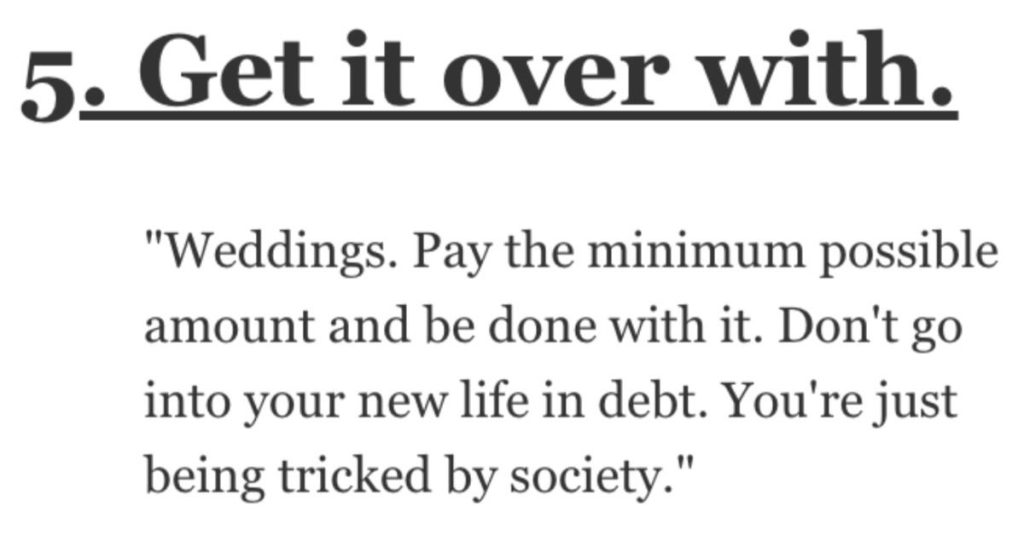 What Is a Complete Waste of Money? People Shared Their Thoughts.

I can’t remember who it was, but I once read that some big celebrity had gold-plated toilet paper holders in their house.

Seems kind of ridiculous, doesn’t it?

But people waste their money on all kinds of dumb stuff.

And now we’re gonna hear from AskReddit users about what they think is a waste of money.

“Strip clubs are the biggest waste.

“Paying $15 for a combo at a fast food restaurant and then realizing while you’re eating you could have gone to the restaurant next door and had a quality sit down meal for the same price.”

It’s nice once every few months, but I’d never get it every day.”

Pay the minimum possible amount and be done with it.

Don’t go into your new life in debt. You’re just being tricked by society.”

“Donating to charities by signing up with one of those people that comes up to you in the street.

If you want to donate to the charity, just go home and do it yourself, then some of your donation won’t go to paying the person’s commission for signing you up.”

You’re paying hundreds of thousands of dollars to own something that doesn’t exist.”

Government spending is so wildly inefficient and a good chunk of our taxes don’t even go towards helping our fellow citizens.”

“Buying a new phone every year.

They don’t change much anyway.”

A cheaper one will get you from A-B just as much.

Stop putting your social worth in how nice a hunk of metal looks.”

“Going to nasty and loud bars/nightclubs and paying all those overpriced drinks and entry fees.

If you want invite me on one, you’ll better pay for ME since I definitely won’t have fun.”

You can’t enjoy your trip when you’re feeling like you’re stuck in a giant convection oven.”

“Paying big dollars to go to a sporting event.

Once upon a time, going to say an NFL or NBA game was not that expensive, but now it’s like the same cost as flying across the country for mediocre seats.

And I see the people that pay for this experience, most of them have absolutely no business doing it. It’s almost when you see elderly people just cashing in their Social Security checks at a casino.”