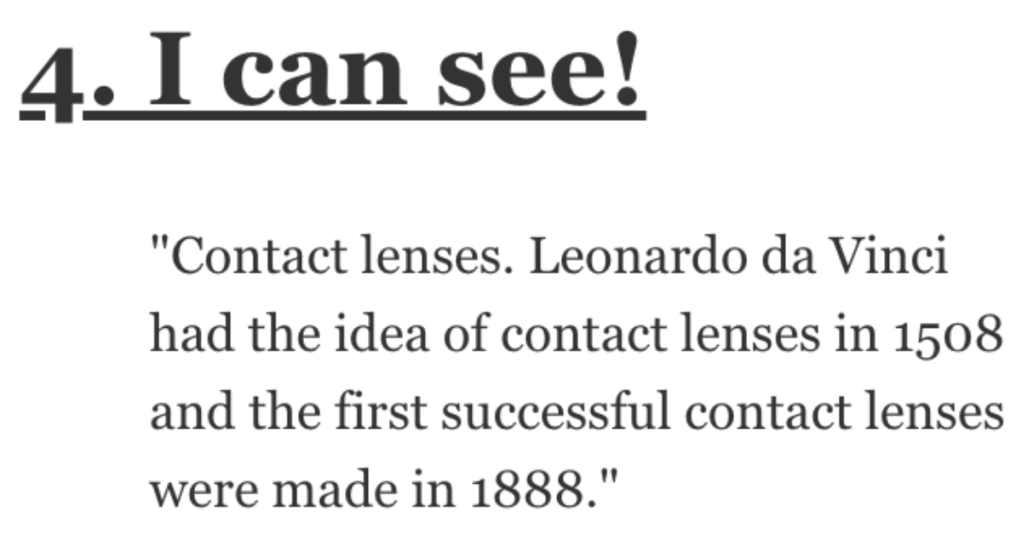 What Is a Lot Older Than People Think? Here’s What People Said.

I really hope I’m wrong, but I have a suspicion that a lot of people out there are losing all connections to and understanding of the past because of the fast-paced world we live in.

It’s as if nobody takes the time anymore to learn something new.

And that’s why all of these responses are sure to be pretty eye-opening for people out there.

AskReddit users talked about things that are a lot older than we think they are. Let’s take a look.

It’s one of the oldest prepared drinks in the world. It not only predates every civilization but actually contributed to their creation.”

Wealthy ancient Romans had a system where they used slaves as scribes and messengers in order to share gossip and art/poetry and news updates with friends in their social circle.”

“The use of concrete.

It’s use goes as far back as the Mayans, but more notably in Egyptian construction as well as in Rome. The Romans had an arguably greater concrete mix than we currently have, but that was never passed down.

Eventually the use of concrete fell out of popularity for centuries as we seemingly lost the information needed to create it, as if the recipe was thrown out and nobody wrote it down.”

“Humans with our intelligence and empathy and rationality.

People in the past lacked education and our cumulative knowledge – but even cavemen thousands of years ago didn’t differ too much from us.

Cave of Forgotten Dreams, a documentary about cave paintings from 30,000 years ago really drove this home for me. The art there is so expertly rendered it really shows a thinking and curious mind.”

“In my experience, a lot of people I know personally don’t realize that music cassettes were invented in the 60s.

Cassettes didn’t really take off in the states until the late 70’s, but the first albums released on cassettes hit shelves in 1966.”

It predates the NHL, and if you look at the history of teams that have won it, there is a year where it wasn’t awarded due to the Spanish Flu pandemic.

The top of it is the original trophy, but the rings on the bottom are replaced every couple of years when they fill up with names.”

“A Native American empire nearly a third of the size of the present day United States (that’s 110 MILLION people) existed in the Great lakes region at the time the Old Testament of the Bible was thought to be written.

“The star HD 140283, also nicknamed the “Methuselah Star,” is about 200 light years away from us and looks nondescript.

However, if we take its composition and compare it to our standard models of stellar evolution for other, better-studied stars, the star’s age pops out as 14.46 ± 0.8 billion years old. Let me remind you, the universe is thought to be about 13.8 billion years old, and we don’t think we got the first stars until maybe 200 million years after that…

Obviously, we do not think the Methuselah star is literally older than the universe when it is more likely that we just don’t understand stellar evolution for stars like it super well. However, it is exciting because it is undoubtedly a very old star, and currently we do not have any observations of what the first stars were like in the universe.

Called Population III stars, it’s thought they were larger than stars are today because there were no metals from stellar fusion to contaminate the hydrogen gas, and they’d thus only live a few million years tops.) As such, it’s very interesting to have a very old star relatively next door to us in the Milky Way!

It will be really interesting in coming years if other very early stars are finally observed to figure out how old they are, and how they compare to this one.”

“A lot of people don’t realize this, but Cadillac is responsible for a lot of the innovations we see in cars today.

I believe they were also the first to offer air bags in a lot of their models, can’t remember.

There’s even more than what I listed going later into the 20th century, Cadillac has a pretty cool history and I don’t get to talk about it much.”

It dates back to the 12th century, and has actually led to a thing in writing called “the Tiffany problem,” because you can have a well-researched historical novel that people just don’t buy into, because you named your 12th century peasant Tiffany.

“The Aux connector that we still use for headphones and speakers was invented in 1877.

There have been improvements since, but the basics of it are pretty much the same.”

As a species they’re older than the rings of Saturn.”

“The fact that the lighter is older than the match shook my head as a kid.

It also gave me the curiosity to question things that seems obvious.”

What is likely the first human-carrying electric vehicle with its own power source was tested along a Paris street in April 1881 by French inventor Gustave Trouvé. The first crude electric car was built in the 1830s but it was essentially a semi-functioning model.

The electric car was a direct competitor to gasoline powered vehicles until the 1920s when roads got better, people started driving further than the range of an electric car, and the world started finding major oil reserves.”

“Escalators have been around since 1859.

Though they were called rotating stairs.”

Oh, and the radio on it had a seek function.”

We think they’re one of the main defining features of modern technology since they only really got big in the late 2000s / early 2010s, but they were actually invented 55 years ago in 1965.

It’s kind of crazy to think about, but while most of our grandparents were getting rid of their black and white TVs, researchers already had touchscreen devices in the labs.

It wasn’t really until the 80s that it really got good, but by 90s it was easily sophisticated technology. In fact, Microsoft even had a Windows XP tablet out by 2001 that had seriously good finger/stylus recognition, but it didn’t really pick up until smartphones became a thing a decade later.

You could also consider the magnetic drawing board to be a touch screen since it more or less has a stylus and surface for you to draw on, but that was actually invented later than the touch screen in 1974!”

They were invented in 1843. Before the telephone.

To put this in perspective, tumbleweeds aren’t native to the American southwest, but by a quirk of history we know exactly which shipment of flax from Ukraine brought their seeds to the US… in 1877.

Commercial fax service has been around longer than tumbleweeds in the American Southwest.”

“Flushing toilets date all the way back to the Indus River Valley civilization, back in 2000 BC.”

I was shocked to learn that Oreos predate chocolate chip cookies, sliced bread, and my 100 year old Great Grandmother.”

“The first carbonated drink sold to the public was invented by Swiss watchmaker and amateur scientist J.J. Schweppe in 1783, who sold his delicious “sparkling water” to thirsty customers.

In just seven years, he was doing business so fast that he moved the factory to London and introduced a new flavor, sparkling lemon, to stand out from competitors who were trying to imitate his drink.”

“The sentiment that modern society is degenerate and that the youth are to blame is, iirc, one of the oldest things we have written down.

There are far more older examples, but those are the oldest I remember (maybe Socrates was onto something…”

In 1997, archaeologists discovered an ancient tomb in the French village of Ensisheim from 5,000 BC, which contained the decomposing body of a 50-year-old man with holes in his skull.

After a thorough examination, it was determined that the holes, located near the frontal lobe, were caused by a type of surgery, not by forced trauma, and the operation appears to have been successful because the wounds healed before the patient’s death.

To this day, however, researchers cannot say for sure what exactly the surgery was trying to fix.”

In the comments, tell us about some more things that are older than most folks think they are.