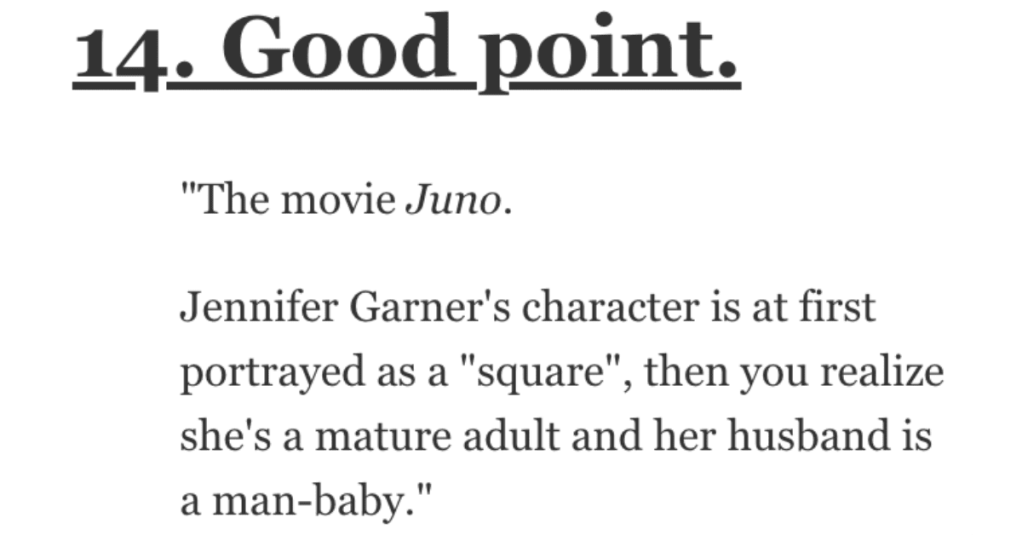 What Movie or TV Show Makes You Think, “The Older I Get, the More I Agree With the Adult”? Here’s What People Said.

This is gonna be fun!

And I have a good example!

I recently watched one of my favorite movies, Fast Times at Ridgemont High, for the first time in a few years. Of course, most people would pick Jeff Spicoli as their favorite character if they were asked (or maybe Stacy Hamilton).

But when I watched it this time, I kind of felt a strong kinship with the teacher, Mr. Hand. What does that say about me? That I’m getting old, that’s what!

Let’s see movies and TV shows make AskReddit users say, “the older I get, the more I agree with the adult.

I always couldn’t believe the dad was real, with his p*ssed off attitude from work.

“Father of the Bride.

Watching it as a kid, Steve Martin seemed like an old grump.

Rewatching it as an adult, holy sh*t, he is the only sane person in that movie.”

Oh I thought Zazu was just an old fun-killer. What do you mean, Simba can’t be king? Why would you prevent the kids from going where they want?

As a new father, I hope to be like Jim’s dad when my little one is a teenager.

Caring, loving and a complete embarrassment to them.”

“The mom in Ice Princess.

So you have a daughter who has a talent for and seems to like physics and has a shot of getting into Harvard. This girl throws it away for ice skating where she has only been competing for less than a year, where if she gets injured she’s done and when she reaches 30 she’s pretty much done.

There is no way she is at an olympic level at that point she would need years of training! Hell yes I would advise against it to!”

I now do not approve of Samantha going anywhere near Jake Ryan.”

7. That kid was trouble.

“Mr. Wilson in Dennis the Menace.

Seriously, f*ck that little miscreant and his parents that turn a blind eye to his shenanigans.”

“In Dirty Dancing, Jerry Orbach just wanted a family summer vacation and instead learned entirely too much about his daughters’ s*x lives.

H also teaches an important life lesson to everyone. Near the end, he says, “When I’m wrong, I say I’m wrong”.

If more people could do that, we’d be in a better place.”

“The Julia Louis-Dreyfus character and her husband in Christmas Vacation.

Every day, my wife and I are slowly turning into them…”

“When I was younger I rooted for Jim’s shenanigans in The Office.

The older I get the more I relate to Stanley and how he just wants to bide his time until retirement.”

Miranda came home from work only to find her deadbeat husband hosting a party with wild animals in her home. During the divorce, he claimed he was unemployable.

Then he dressed up like a woman with professional makeup/costume etc. and watched their kids secretly and tried to kill her new boyfriend!”

Maverick is the d*ck who can’t follow rules and gets his best friend killed, yet Iceman is the “villain” for not getting into hijinx and having a co-pilot who’s alive.”

Jennifer Garner’s character is at first portrayed as a “square”, then you realize she’s a mature adult and her husband is a man-baby.”

An adult impersonating a teacher and taking kids to places where they shouldn’t be and none of their parents knew where they were?”

Are there any movies that make you feel this way as you get older?