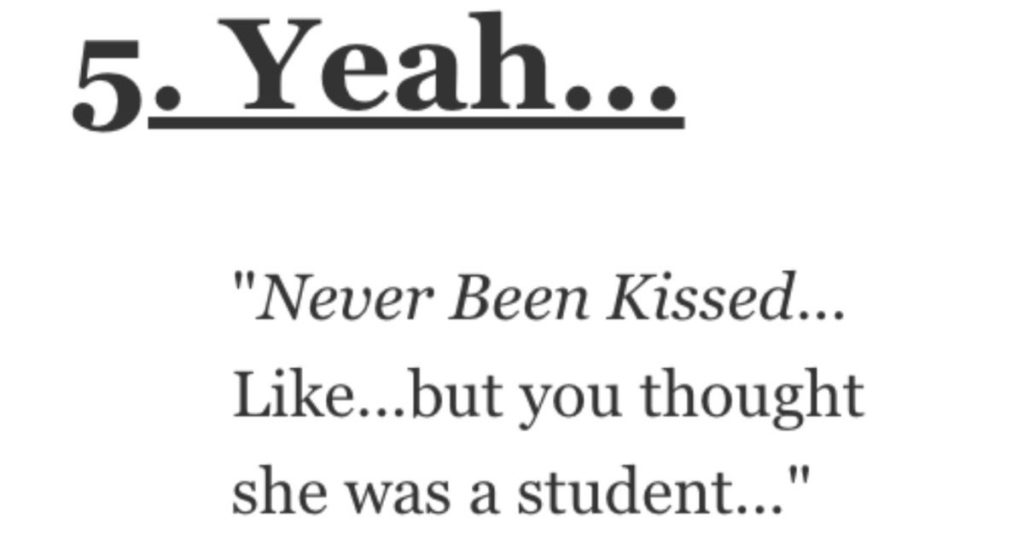 What Movies Are Hard to Watch Today Because of Humor That Is Not PC? People Responded.

Times change, attitudes change, and things that were acceptable not that long ago are now looked at with disdain and they make people cringe.

And that goes for movies, too!

Let’s hear from people on AskReddit about what movies from the past they think are hard to watch now because of cringeworthy humor.

A kid becomes an adult using magic and sleeps with a woman (it’s implied).

The guy literally gets r**ed near the end and his GF walks in after he’s r**ed, but it’s painted as humorous and then he has to apologize to the GF because she implies he was “cheating” on her.

The whole thing really disgusted me.”

Nadia should have wanted Jim’s head on stick.”

Like…but you thought she was a student…”

“”Revenge of the Nerds.

” The “heroes” of the movie plant cameras in the girls’ house to watch them undressing and showering, they sell naked pictures of them, and the lead “hero” r**es a girl who, in return, falls in love with him because he’s good at s** (um, really?). At least neither the token gay (who doubles as the token black) nor the token Asian aren’t stereotyped… oh, wait.

Let’s not forget that the “Omega Mu” sorority is full of the “fat and ugly” girls, but thankfully the nerdy guys get the hot girls in the end!

What’s not to love about that?”

The ‘hot guy’ palms off his cheerleader girlfriend on the h**ny nerd after she gets blackout/pass out dr**k.

It’s implied that the nerd r**es her off screen. But of course when she wakes up the next morning, instead of being upset, she’s learned a valuable lesson not to be so stuck up.”

Guy takes a bunch of tanning pills to look black so that he can get into college.”

“Me and my Fiance tried watching “According to Jim” on Disney+.

What a great, sweet, funny and earnest film in so many ways for me, but the fact that there’s this WHOOOLLLE SCENE where all the guys conspire to find the dr**kest women to take home to r**e is pretty much intolerable now.

Like, how is it treated as funny that he’s meant to have prey upon a woman who can’t even walk straight. Seeing all these bros talk about it like sport, just makes me sick, bc it’s super real.”

“I watched Weird Science a few weeks ago.

Three dudes fake being girls to get housing at a sorority house after being kicked out of their frat. The joke is that the sorority is filled with “ugly” girls and hence, they fit in.

From memory the geeky brother of one of the sorority boys r**es him while he’s unconscious, thinking he’s f**king a girl. Brags about it, then is universally shamed when their identities are revealed.”

Do you have any movies to add to the list?