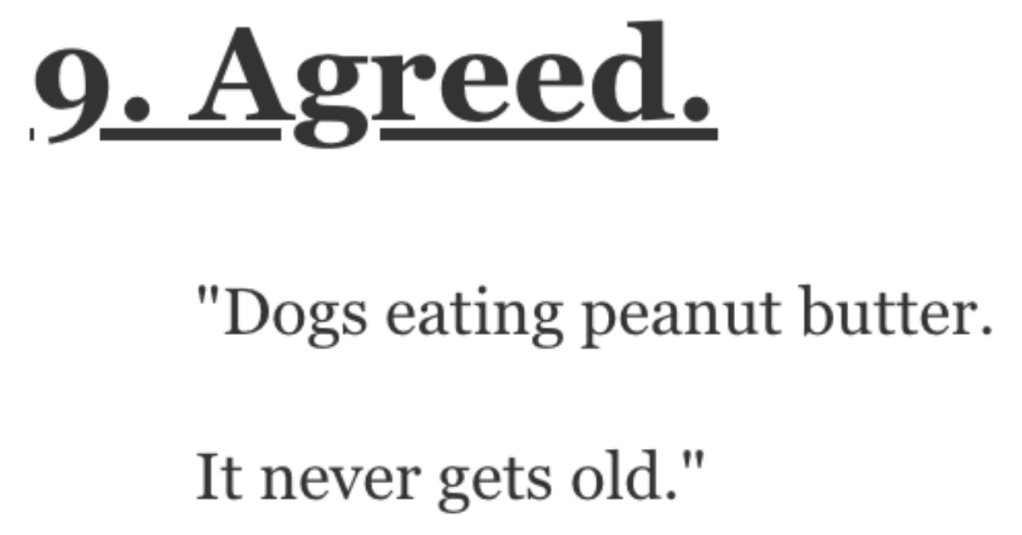 What Will Always Be Funny? Here’s What People Said.

At least, I think it does.

And we all have those things in life that make us laugh every single time we see them.

What do you think will ALWAYS be funny?

Folks on AskReddit spoke up.

They look like those inflatable men at car dealerships.”

“The leprechaun in Alabama news segment from like 20 years ago.

And the “sketch” drawn of it.

“Was waiting for the bus with a friend to go to a party back when I was a teen. Had a beer while waiting and ofc a police car drive by and then stop.

We both quickly throw the beers in a trashcan while the police car turn and come towards us. The officer rolls down the window and we prepare to get warning or fined.

But instead he asks us if we have seen a cow. Apparently there was a cow on the loose somewhere i the city.

Granted I am terrible at telling stories, but it was and still is funny 15-20 years later.”

4. Phil Hartman was a genius.

Every single line was hilarious.”

“The theater episode of The IT Crowd.

“Accidentally walking in on my dad, my uncle and my grandma s**king a joint of my grandmas medical marijuana as a teen… my grandma saying “are you in or are you out?” (mostly asking if I was going to keep this secret from my aunt.)

Not knowing any of them s**ked weed and saying yes because how often does that opportunity occur all at once?! I take a couple hits and we go to dinner (hot dogs and macaroni) we all keep our cool, probably too silently eating our food and I look over as I’m trying to suction off that inevitable first bite of bread bun from the roof of my mouth and I lock eyes with my tiny little grandma doing the same thing.

And the seal of silence broke and we laughed so hard, despite trying to hold back… my uncle and dad covered their plates as we burst out laughing, mouths full. My aunt in utter confusion and sudden realization all at once. Just shaking her head while we tried to control ourselves to no end.

Best memory ever; still makes me laugh. It’s the small things in life, there’s nothing bigger.:

“When my dog is laying in bed, completely asleep, and scares itself by farting, jumping up and running out of the room.

As much as I h**e being woken up in the middle of the night, this makes me laugh every time.”

“Whose Line Is It Anyway?

I’m not a fan of standup comedy but those guys make me cry laughing.

Like, I have to press pause and get my s**t together.”

It never gets old.”

“Ragdoll physics in a video game.

Whether it’s just going limp and faceplanting or sent airborn by an explosion, it will never not be funny.”

“When people think they’re going to pop out and scare someone, but that someone’s reaction is to punch.

It’s too good and funny.”

“Trying to hold in your laughs when you aren’t supposed to be laughing with your friends.

My best friend and I would try to hold in so many laughs we would get an ab workout.”

What do you think will always be funny?