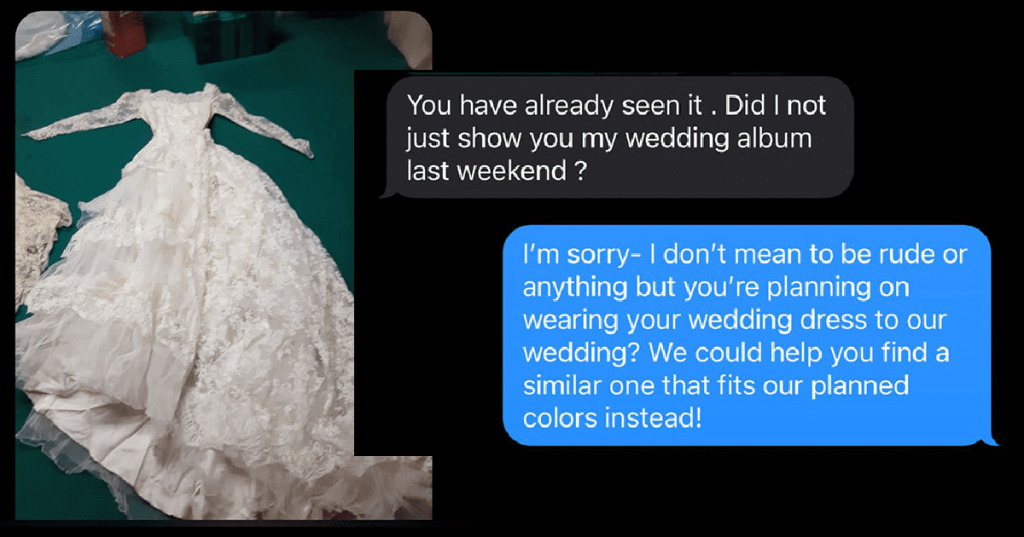 What Would You Do If Your Future Mother-In-Law Wanted To Wear A Wedding Dress To YOUR Wedding?

I think we’ve established that weddings have a way of turning ordinary people into raving, angry lunatics who lose all perspective about what’s important and how much a single day should affect the lives of everyone it touches.

But if the people involved in said wedding are already a bit kinked? Well, then all hell tends to break loose and it really isn’t pretty.

In this instance, a bride is shocked by the realization that her future mother-in-law plans to wear an actual wedding dress to her ceremony, and honestly, that’s only the beginning. 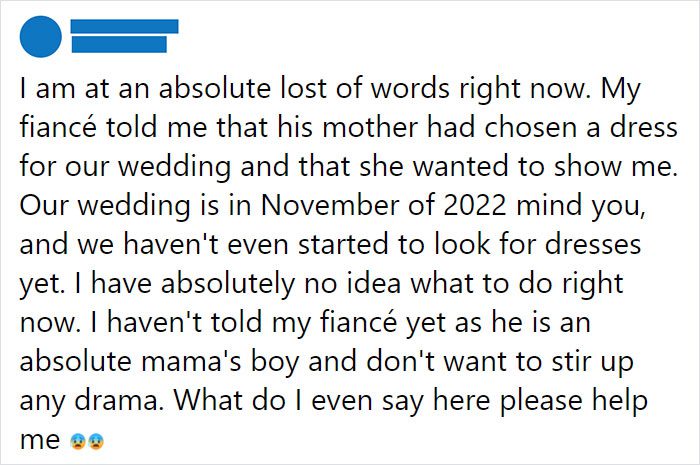 The bride in question prefaces her post with this, which is (in this writer’s opinion) a huge understatement.

“I am at an absolutely loss for words right now.”

The text exchange that led to that feeling began innocently enough, with the bride-to-be asking what her future mother-in-law planned to wear to the wedding, since she’d heard she’d decided on a dress. 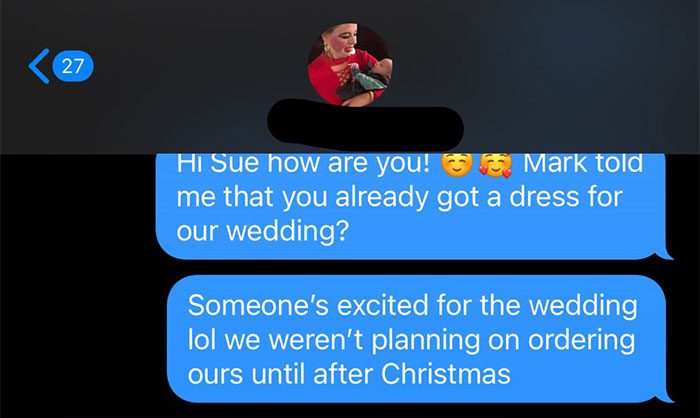 Her mother-in-law responded with a photo of a white, lacy dress that really cannot be mistaken for anything other than a wedding gown. 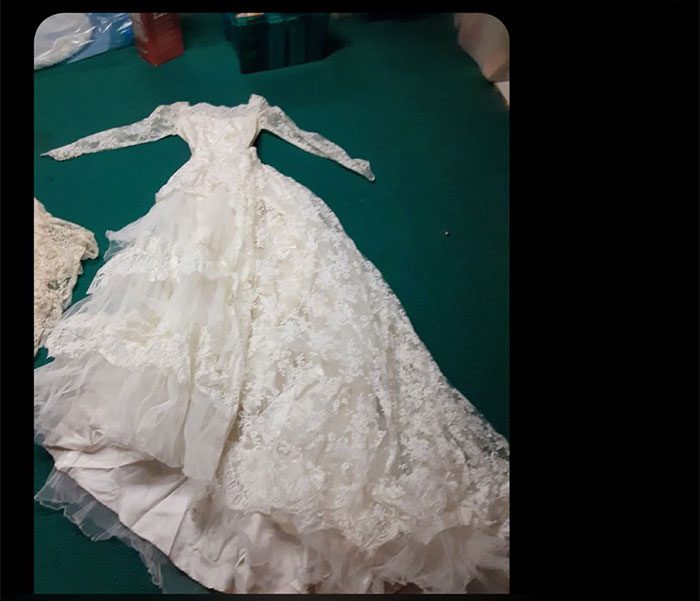 The bride’s response was surprised but not, in my opinion, rude at all.

“I’m sorry – I don’t mean to be rude or anything but you’re planning on wearing your wedding dress to our wedding? We could help you find a similar one that fits our planned colors instead!”

The mother-in-law’s response, however, went way beyond rude and is honestly shocking. 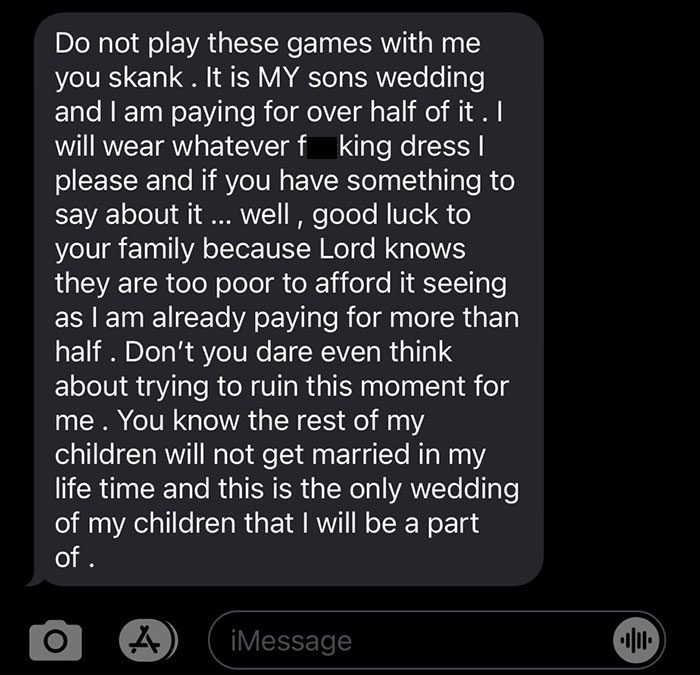 “Do not play these games with me you sk**k. This is MY son’s wedding and I am paying for over half of it. I will wear whatever f**king dress I please and if you have something to say about it…well, good luck to your family because Lord knows they are too poor to afford it seeing as I am already paying for more than half.

Don’t you dare even think about trying to ruin this moment for me. You know the rest of my children will not get married in my life time and this is the only wedding of my children I will be a part of.”

Y’all, I do not know what is wrong with this woman but there are almost too many insults and ludicrous statements in that one message to count.

Thankfully the groom is on his future wife’s side, agreeing not only was his mother awful to say those things, but her idea to wear her own wedding dress to their wedding was silly. 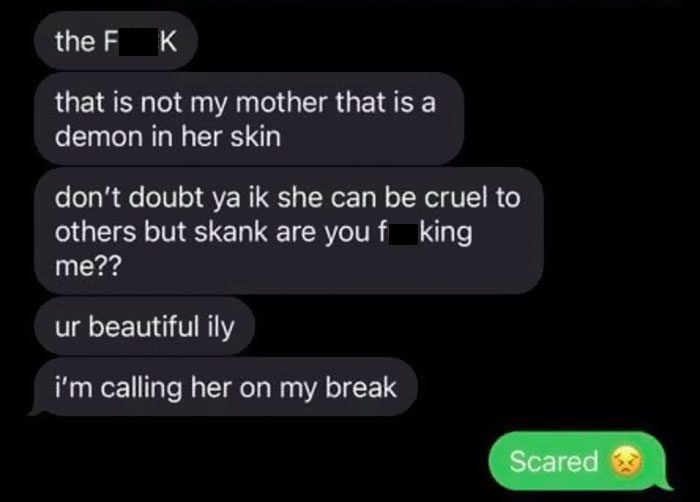 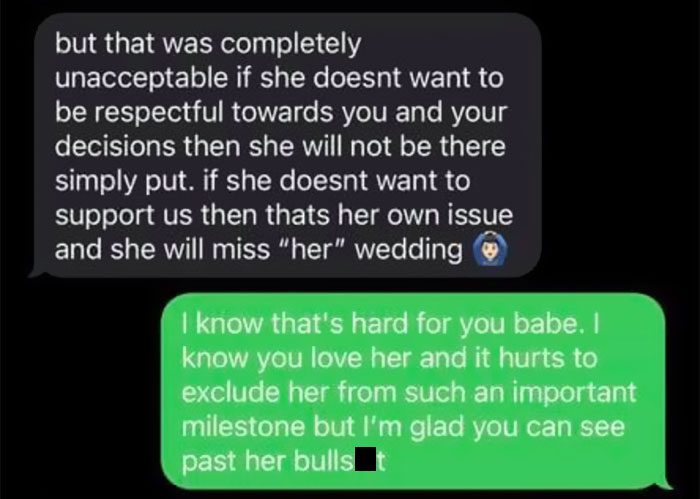 This woman sounds like a whole lot to deal with, and to be honest, if I was the bride I would be re-thinking the rest of my life. I know people can’t choose their family, but if her future husband still wants his mother to be part of their lives, she’ll be dealing with this crap (and probably worse) the minute grandkids come along.

What would you have done in this scenario? Drop your own thoughts on the matter down in the comments!