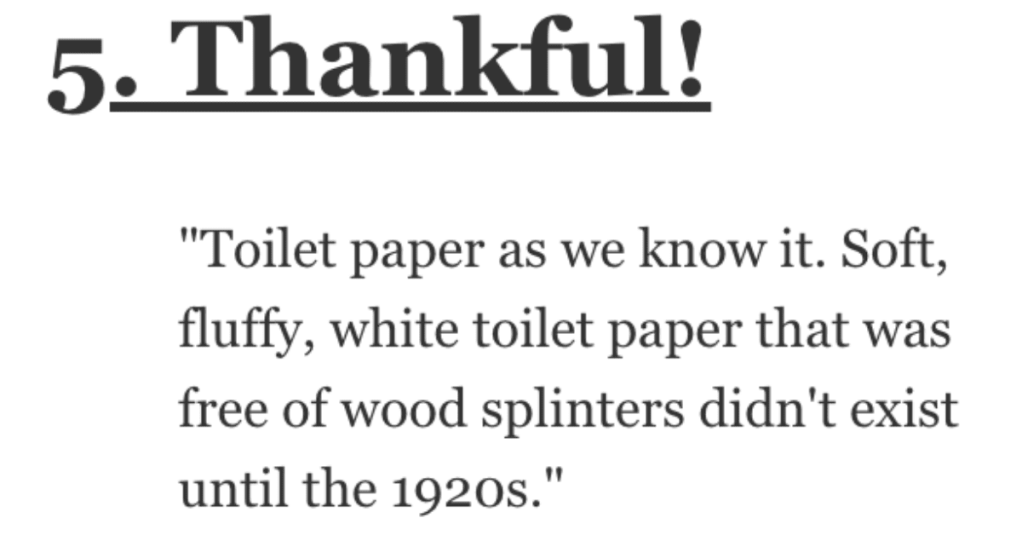 What’s Newer Than Most People Realize? Here’s What Folks Had to Say.

Time can seem like it’s passing by so, so slow…only to have you wake up one day and find that literal years have flown by.

I think that’s why it’s hard to tell how long some things have been around – and if something has been around your entire life, it almost doesn’t make sense that it might barely have existed before then, right?

If you’re not sure what I’m on about, here are some things most people think are older than they actually are.

1. They probably wish it had stayed that way.

New Zealand! Its indigenous population only arrived there about 800 years ago, despite Australia just across the Tasman having been inhabited for 75,000 plus years

2. It only got cool recently, I suppose.

Ciabatta bread goes all the way back to the early 1980s.

Only one year later, Mickey Mouse’s dog was renamed from Rover to Pluto — likely to capitalise on the hype around this new planet, but there are no sources to confirm this.

4. I guess there was no gender neutral term before that?

Toilet paper as we know it.

Soft, fluffy, white toilet paper that was free of wood splinters didn’t exist until the 1920s.

6. I did know this; my dad used to wear whitey-tighties.

boxer briefs are fairly new to the scene, becoming popular in the 1990s.

Hallways weren’t widely used until the 1800s. Rooms would just open into the next room.

I just realized that the old house I grew up in didn’t have any hallways. It never dawned on me.

8. Canadians are just so nice.

Having to show ID at the US/Canada border.

Prior to 9/11 they often wouldn’t even ask to see a drivers license.

9. That must have been time consuming.

at home blood glucose monitoring has only been possible since around 1980. 1908 thru 1980, you had to make an appointment with your doctor.

My brother found an old, late 80s or very early 90s, test kit at a thrift store one time. He thought it would be neat to have, so he bought it for like $3 or something. We got it up and working and wanted to see how accurate it was, since those back then really were just ballpark, and once I put the huge amount of blood it required on the strip, it shut off.

So naturally we were disappointed, set it on the counter, and got to doing something else. Several minutes later it started screeching, and so we checked it and it was giving us my fairly accurate glucose reading. It didn’t turn off or die, it just had a five minute test time! I often thank God just how far medical technology has come, what with the small drop of blood and 2 second test time I have for my current meter.

It’s super easy to get frustrated with diabetes, but I always try to remember just how good I do have it now.

And actually, tomato sauce wasn’t even integrated into Italian cuisine until the late 19th century, so go figure.

Standardized paper sizes. Before the 1900’s, documents would come in all shapes and sizes.

12. Definitely a convenience. Though I suppose everyone always found out eventually.

No longer do we have to inject the lady’s urine into frogs, mice, or rabbits to confirm a pregnancy!

Machu Picchu. The Tower of London pre-dates it by almost 400 years.

I think the Incas, Aztecs, and Mayans in general are all more recent that most people realize.

What hit me the other day: Germany. It was only reunified 30 years ago.

I saw “West Germany” on my birth certificate last month and felt like some ancient crone.

Italy wasn’t a unified single country until 1871. Before that, it was a patchwork of small kingdoms and city-states with different local dialects and languages.

As late as 1861, only 2.5 percent of Italians spoke what is now known as standard Italian, which before then was the Florentine dialect of Tuscan.

16. But the moon is still made of cheese, right?

Knowing what the sun is made out of.

I have in my possession an astronomy textbook from the 1890s, it states plainly that the sun is made of fire, and goes out of it’s way to mention a scientist who believes the interior of the sun could be a garden of eden type paradise.

17. There used to be MANY theories.

The now commonly-accepted theory that a large meteor caused, or was a major cause of, the extinction of the dinosaurs.

When you watch Fantasia (1940) and see the Rite of Spring sequence, where-in you witness the extinction of the dinosaurs, you see that it’s portrayed as a great drought which was followed by a series of massive earthquakes. That’s because at that time, this was the most accepted idea of what caused the mass extinction.

The theory of the dinosaurs being killed off by a meteor strike (or the effects of said strike on the planet, rather) is called The Alvarez Theory and was first proposed by Luis and Walter Alvarez in the year 1980.

The theory of plate tectonics.

It pretty much makes up the entire backbone of modern geology, yet it wasn’t actually accepted until the 1960s. Alfred Wegener proposed his theory of continental drift in 1915 but couldn’t explain the mechanism behind it so his theory was dismissed. Over the next few decades, the evidence of crustal movement became undeniable and plate tectonics developed as a theory.

It’s just crazy to me that geologists were pretty much completely clueless until around 60 years ago.

My house (London, UK) was built in 1937. It was the first generation of houses to be built with indoor loos. Before then, toilets were in outside rooms.

The house I grew up in had an outside loo, and all the schools I went to as a kid had outside toilets.

They were fine in summer (I grew up in a warmish part of the UK) but bloody chilly in winter.

20. The biggest scam ever

Diamond rings being an engagement gesture.

Only arose in the 1940’s because diamonds were becoming less valuable and the powers at be needed to not let that happen.

DeBeers has been sucking people’s cash (needlessly) for this entire time and people still buy into it.

In 1988, United States based airliners banned smoking on domestic flights of less than two hours duration.

In March 1995, the United States, Canada, and Australia agreed to ban smoking on international flights traveling between those countries.

The knowledge that it’s bad to drink when pregnant only became widely known in the 80s.

Alcohol isn’t exactly new — the ancient greeks had wine and mead. The temperance movement was active for a good hundred years before they got the 18th Amendment.

While there were certainly some alarms raised throughout history, people were surprised to learn about fetal alcohol syndrome in 1973, and it wasn’t confirmed by a second group of researchers until 1979.

In the 60’s through 80’s it was apparently common for doctors to give alcohol intravenously to women to stop premature labor!

I don’t know about you, but this thread makes me feel old.

What would you add to it? Do it in the comments!