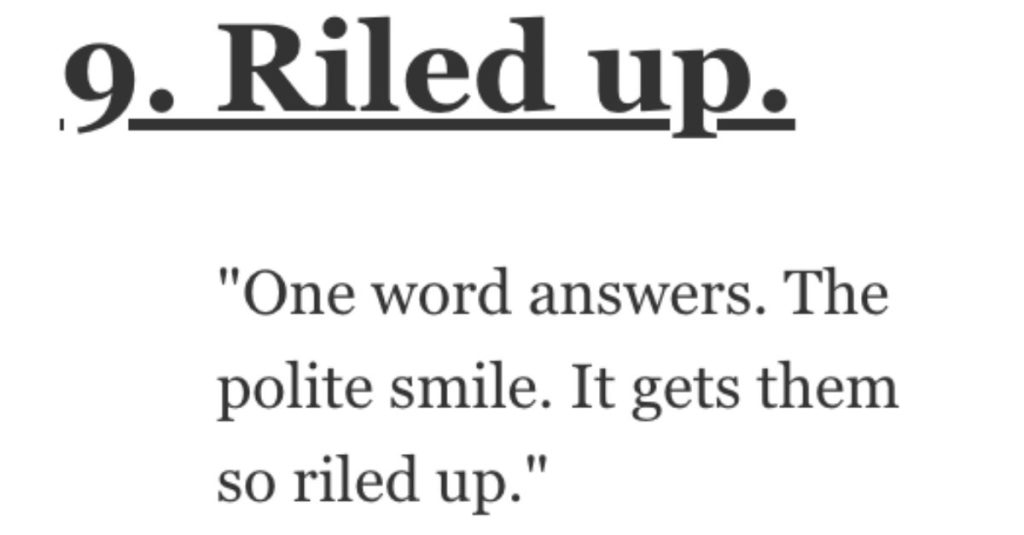 What’s the Best Way to Get Under a Narcissist’s Skin? People Responded.

Narcissists are a strange breed.

Everything they do is in their own self-interest and they care little or not at all about other people.

So what’s the best way to get under a narcissist’s skin?

I don’t know if it was specifically designed to deal with narcissistic people, but it works wonders on people with NPD or just narcissistic traits.

If they say “I just won an award that’s only given to a handful of people. I really don’t work that hard (fishing for compliment) though, teehee!”

You just say “that’s cool” and nothing more. They’ll try another line or two, so you may have to repeat the process.”

“The only effective method.

They thrive on drama – let them find it somewhere else.”

That’s the best thing to do. They want a reaction, any reaction. Negative or positive, they don’t care.

It might be hard to do because it is natural to want to defend yourself but that is what they want. If you react to them it shows you still care.”

“Agreeing with everything they say works equally as well. They want a fight from you or a hurt reaction so you don’t give them the satisfaction. It usually shuts them up quicker than ignoring them also.

If you ignore them they just keep repeating the same s**t over and over until you react. If you agree with them even though it’s a lie and they know it, they can’t really say anything because you have agreed or they have to admit they’re talking s**t in the QST place.”

“”I don’t think about you at all” is still second only to “Did I stutter” as the most rage inducing things I have said to people.”

“Start communicating with the other people they manipulate. Narcissists will often pit people against each other.

They like to keep the people they lie to separated so they don’t communicate with one another and possibly figure out they’re being manipulate .

When you start communicating with them independently , it takes away the narcissists feeling of power and control. You can send a narcissists into full panic and mental breakdown that way.”

“If you can, you should just distance yourself and pay no attention to them. But, if you can’t, communication and information is best.

Every single time my dad finished talking with my grandmother, he would immediately call his sister and give a summary.

The last years of her life, we were her only transportation, so there was a family member at every doctor’s appointment. We could hear what the doctor actually said, and not her interpretation of it.”

It gets them so riled up.”

“A united front is the best way to shut down a narcissist.

They feed on chaos, discord, and drama among people, and will make shit up if there’s not enough to go around.

Compare notes and remember that we’re not enemies, the narcissist is.”

“I stopped defending myself out of just being tired. I recently caught him lying to my face which he wasn’t expecting.

He turned it around on me and stopped talking to me. It worked out pretty well I must say.”

“Fighting with a pig… don’t bother.

You’ll both end up covered in s**t but the pig likes it.”