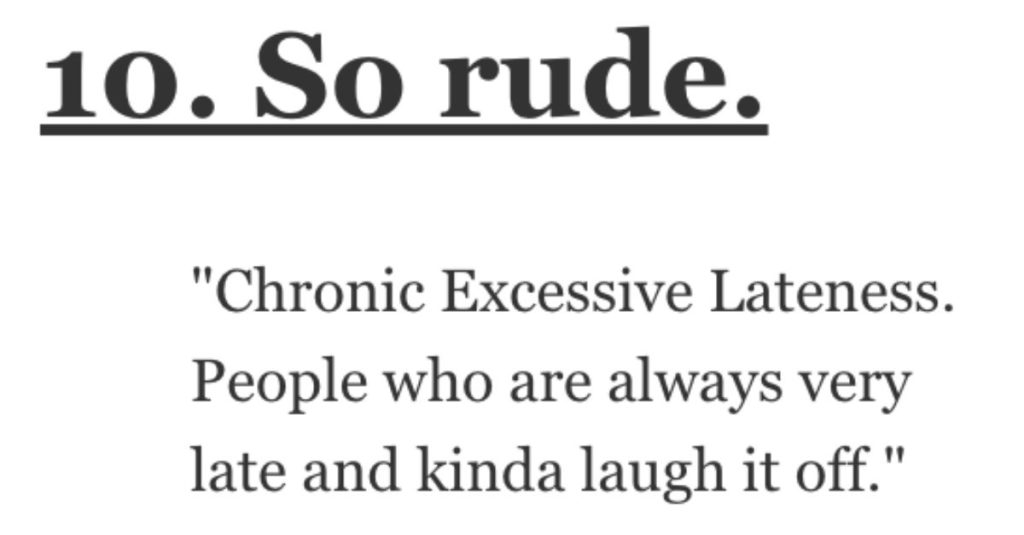 What’s Your Biggest Turn-Off? Here’s What People Had to Say.

The first is people who NEVER STOP TALKING…it drives me insane.

And the second is people who are willfully ignorant and take pride in it.

YUCK. No thank you!

Now let’s hear from folks on AskReddit about their biggest turn-offs.

Whatever you have done/seen or place you have gone, they have done it better.”

Say what you f**king mean, and your actions must match your words.”

My ex sprayed himself with air freshener and said it was the same as deodorant.”

Even if we just hung out and did nothing…”

“When a person is rude or just behaves poorly and everyone around them says, “that’s just how he/she is.”

No. There is no excuse for poor behavior.”

“Always on the phone.

My wife has a friend that if you aren’t talking to her about only her, she zones out and just stares at her phone.”

I absolutely h**e it when people litter just because “there is no trashcan close” or “Yeah, but everything here is anyway already dirty.”

That makes me so annoyed and just ugh. I can understand that it’s annoying to keep on holding onto trash but like… It’s not that difficult.”

Or any kind of lip smacking while eating.”

People who are always very late and kinda laugh it off.

Time is short, having to sit around for hours will make me dislike you very quickly.”

Maybe I just have mommy issues, but when girls try to get me to do something by trying to make me feel guilty I lose all attraction to them.”

“A general lack of curiosity.

I can usually pick this up after a few dates when she fails to ask me questions about me while I’m asking tons about her (You’re a brand new person, I wanna know things about you! Why don’t you wanna know too?)

It’s also usually indicative of other personality traits that aren’t necessarily the ones I seek in a partner like entitlement, lack of engagement, self absorption etc.

You can tell a lot about someone by their general level of curiosity with the world around them.”

“People who make one thing their entire personality.

I’m a veteran and I’m very proud of my service. However, that was over 20 years ago and as time goes on, that part of my life gets smaller.

I’ve done other stuff since then. I hope you have as well.”