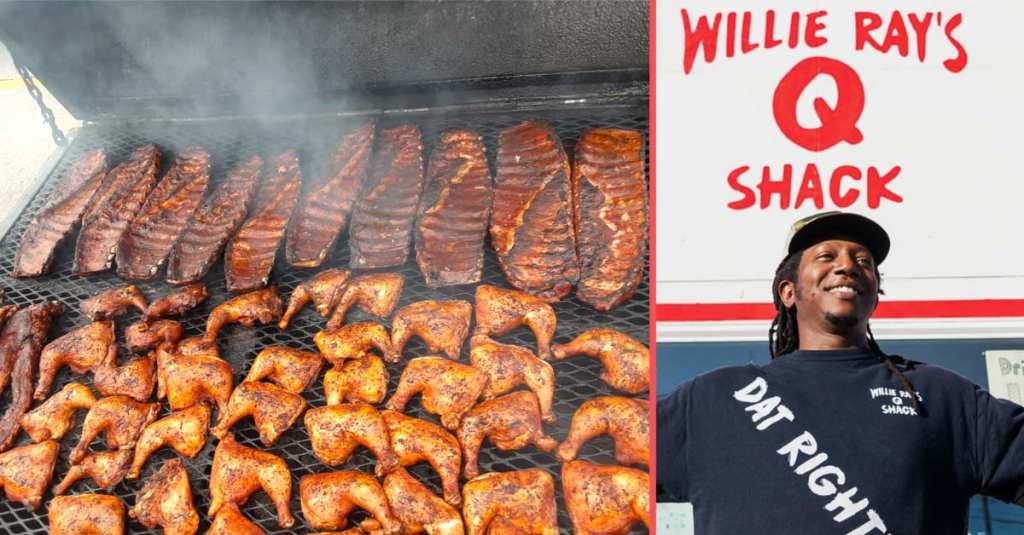 When Disaster Strikes, Willie Ray’s Is There with Free Barbecue

There’s nothing quite like a feel-good story on a Friday.

Well here’s one that will make you feel good any day of the week.

Back in August of 2020 when most of us probably first learned that the term “derecho” more or less meant a sustained straight-line wind version of a tornado, most of Cedar Rapids, Iowa was left without power.

The restaurateur saw his friends and neighbors working hard to clean up the city, and he decided to cook up his entire stock and give it away to anyone who needed a hot meal.

As he told the local news station, KCRG:

“I just got my food truck and was ready to start selling, but once the storm hit I thought there might be something better to do with the food.”

Willie’s kindness went viral, and soon, people were even donating to his Venmo account to help fund his charitable mission.

“People keep donating, so we’re going to be giving out food for a long time. Even when the storm is over, cleaned up. If there’s still funds left we will continue to give.”

The country began to take notice. He even made MSNBC’s Stephanie Ruhle’s #GoodNewsRUHLES list.

After a devastating windstorm in Iowa, Willy Fairley opened up his restaurant right away to give out hundreds of free meals daily to his neighbors in need. #GoodNewsRUHLES

The local Cedar Rapids community nominated him for a black owned business award from Discover, and he won!

They called his work #EatItForward. There’s even a YouTube video:

It’s a really nice award, but Willie hasn’t let it go to his head.

“I would have done all this anyway and never thought anything of it,” he said. “It was how I was raised. It makes me feel good to know that people care.”

But the story doesn’t end there.

A few months later when Texas was rocked by an ice storm causing power outages to thousands, Willie called on volunteers to help him make the trek down from Iowa.

Me and the team is planning on going to Texas to help the needed. By any chance is there a couple volunteers that would…

They stayed for a week, helping out the Texans in desperate need of a hot meal.

Austin’s @cbsaustin had a piece on the news about this man who came down to provide free bbq ? food to Texans in Dallas,…

Posted by Advocacy and Beyond on Tuesday, February 23, 2021

And then Willie and his team headed to Mississippi to deliver bottled water to those communities, which had been left without water for weeks after the same winter storm.

Willie is a shining example of the good we can do when we pull together as a community, as well as the healing power of food.

Doesn’t that give you all the feels? Are you hungry for some barbecue now? Let us know in the comments!