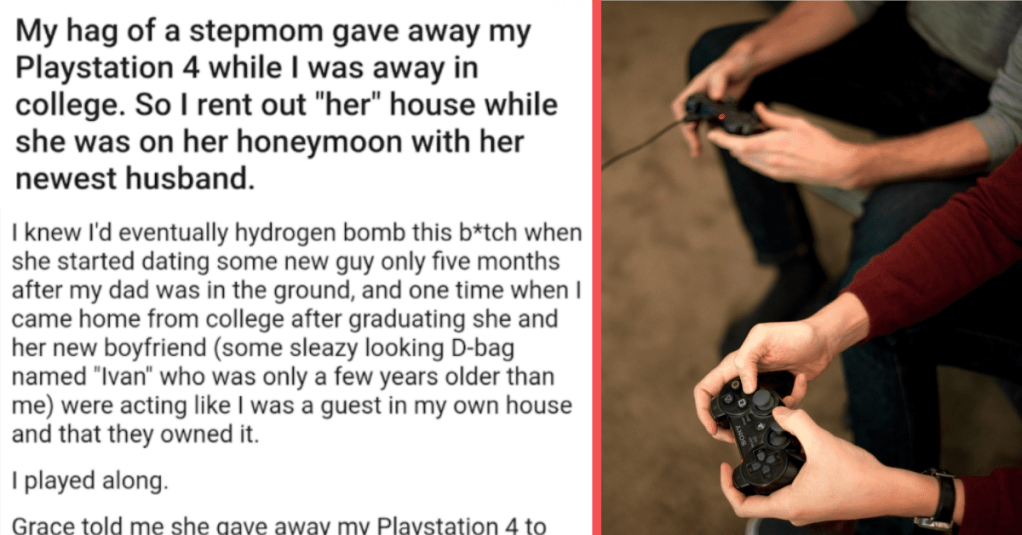 When His Father Dies, Stepmom Gives Stepson’s Playstation Away. So Stepson Seeks the Ultimate Revenge.

When someone passes away, it can change a family’s dynamic, especially between stepparents and their stepchildren.

This man tells the story of a shift in his relationship with his stepmom after his dad died. Granted, they weren’t always the closest, but he kept his feelings to himself while his dad was alive.
After his dad passed, the gloves were off, particularly when his stepmom got rid of his PS4.

As he tells it, after his mom died, his dad was heartbroken. 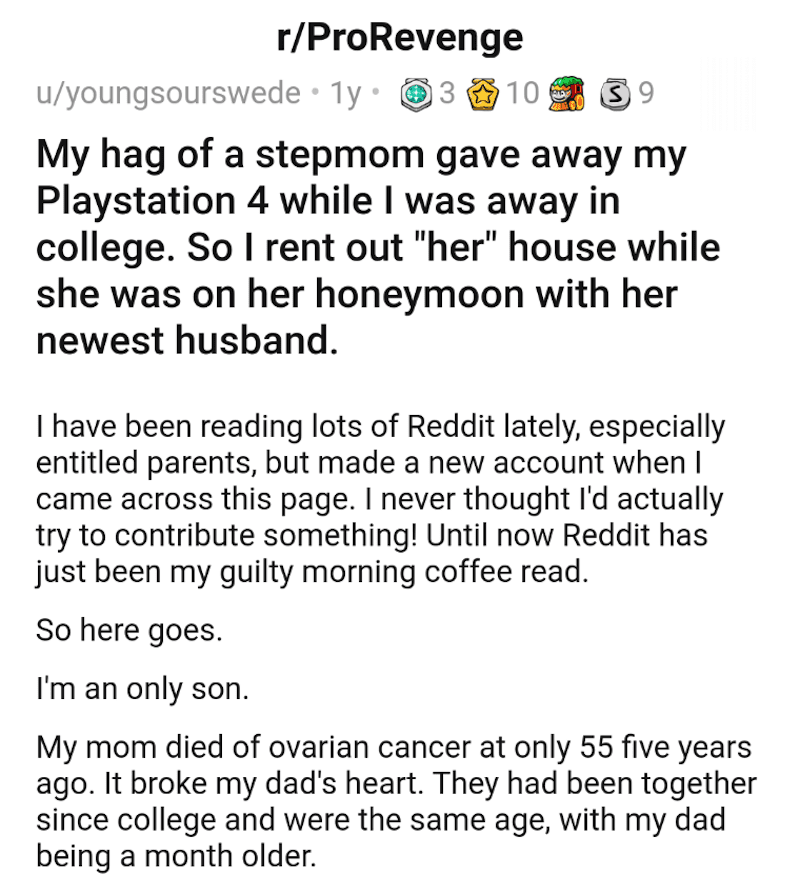 A woman, who was a nurse in the hospital where his mom was getting treatment, spotted his dad at his most vulnerable point and made a plan. 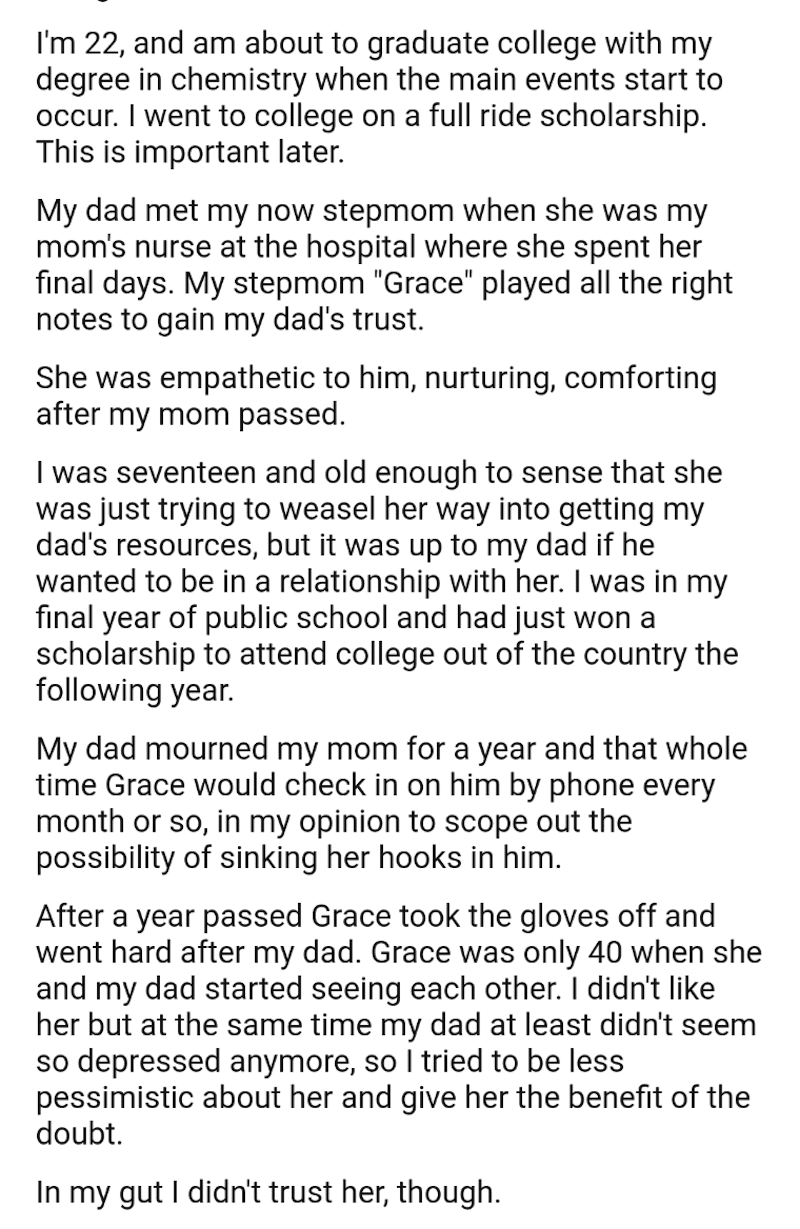 Likely out of loneliness, his dad and the nurse starting spending time together. Within a few months, things picked up. He also found out that his dad wouldn’t be around for long. 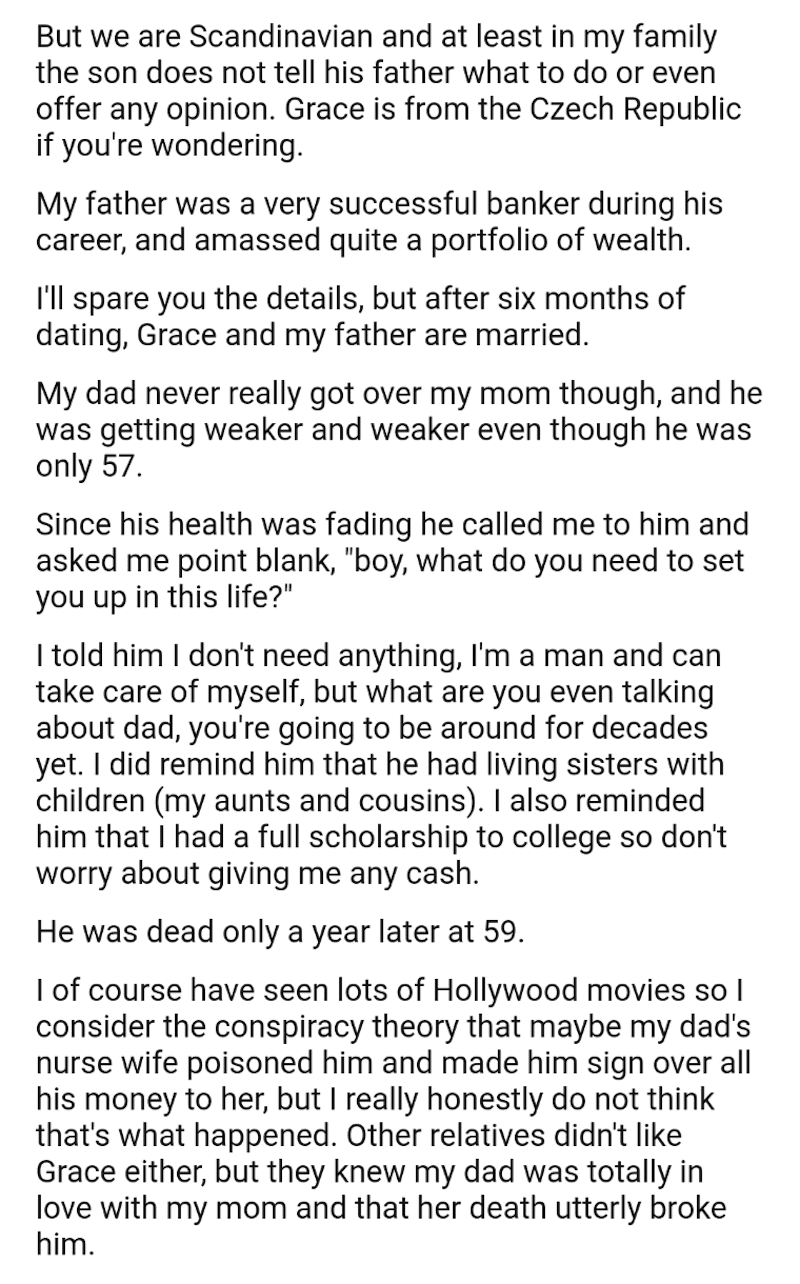 After he passed away, he surprised his son with an extraordinary gift. His stepmom, however, who was also taken care of in the will, wasn’t satisfied. 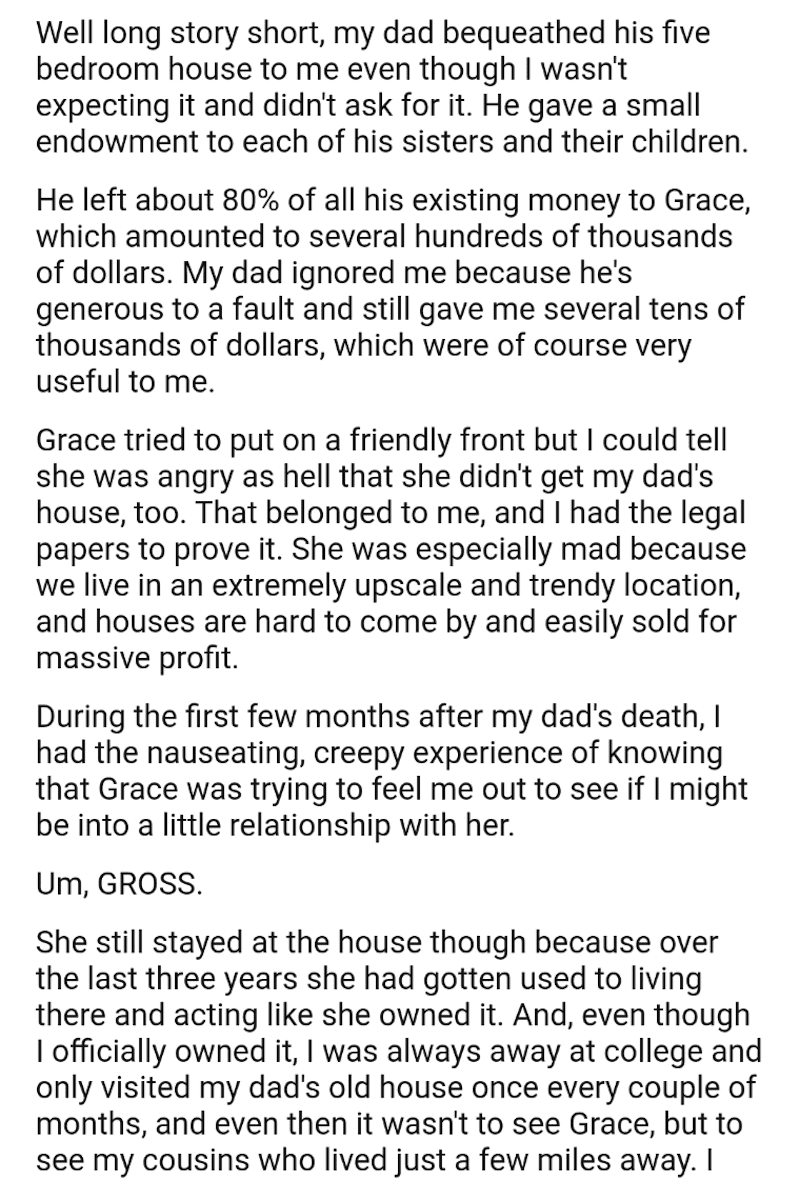 Of course, she took advantage of his kindness, then did something extra spiteful. 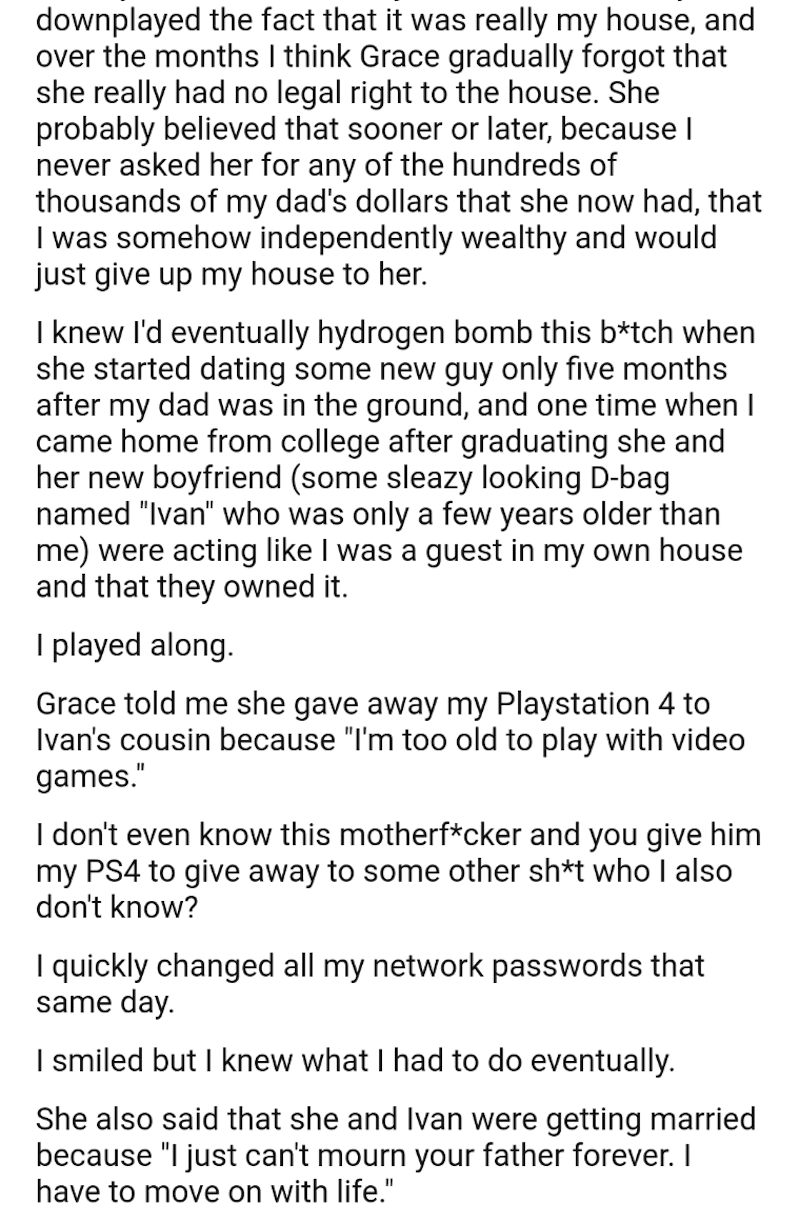 So he decides to create a ruse to get her out of the house. 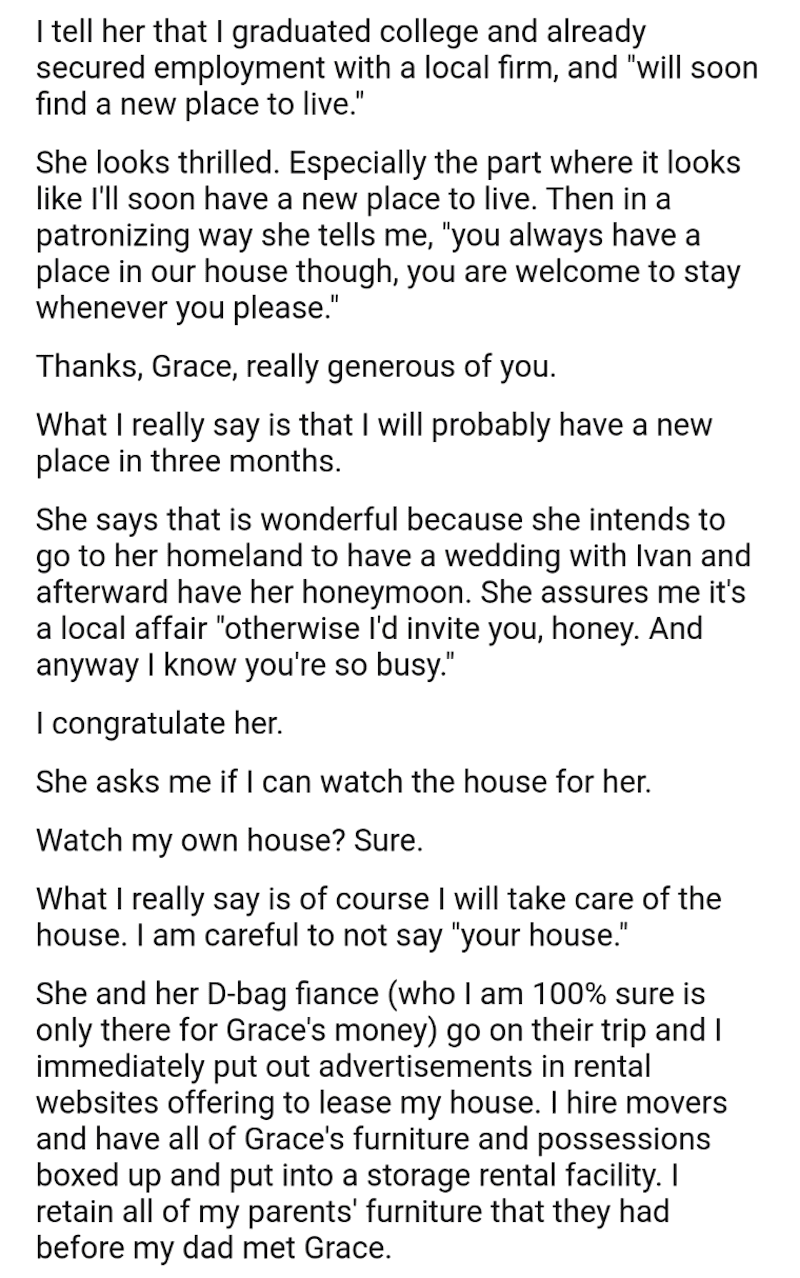 When she’s away with her new boyfriend, he makes his move.

This leads to circumstances that not only get his stepmom out his life once and for all but sets her up for failure for years to come. 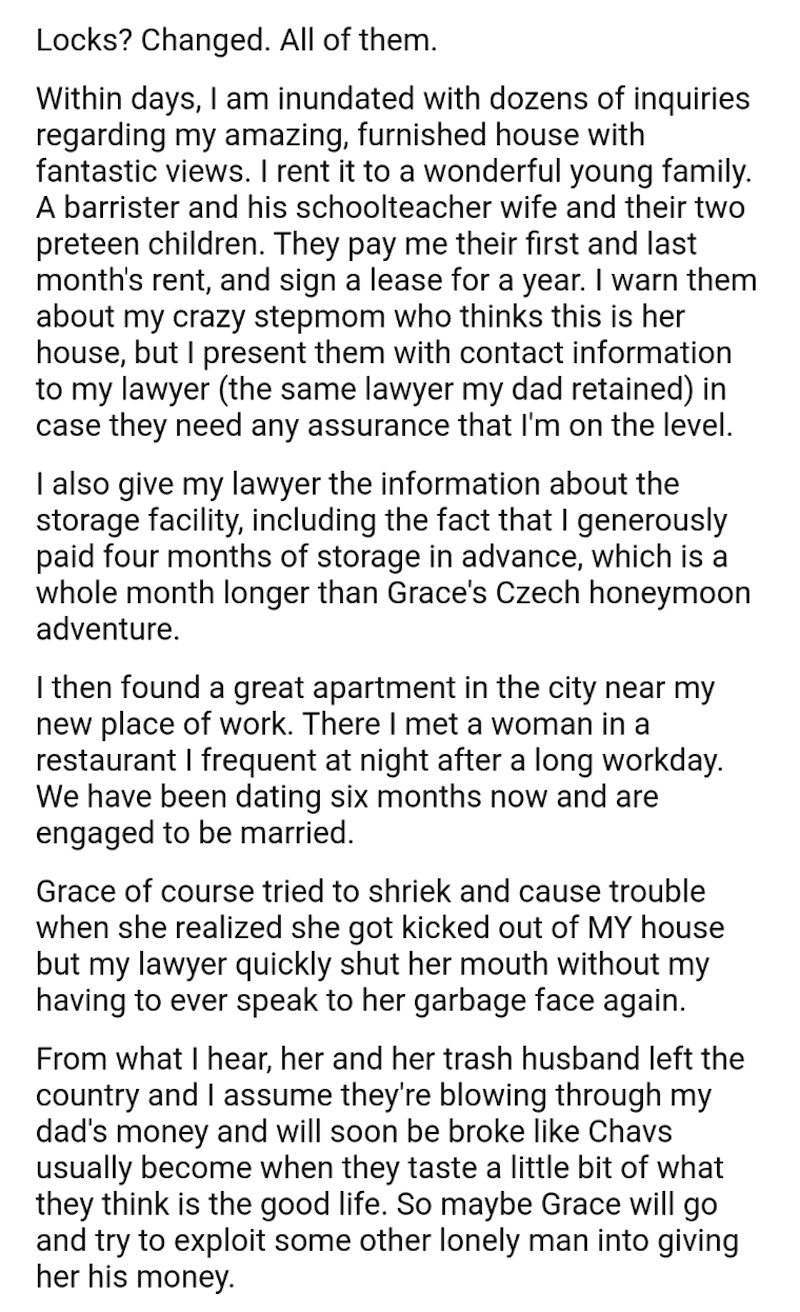 He did also eventually replace what was lost. 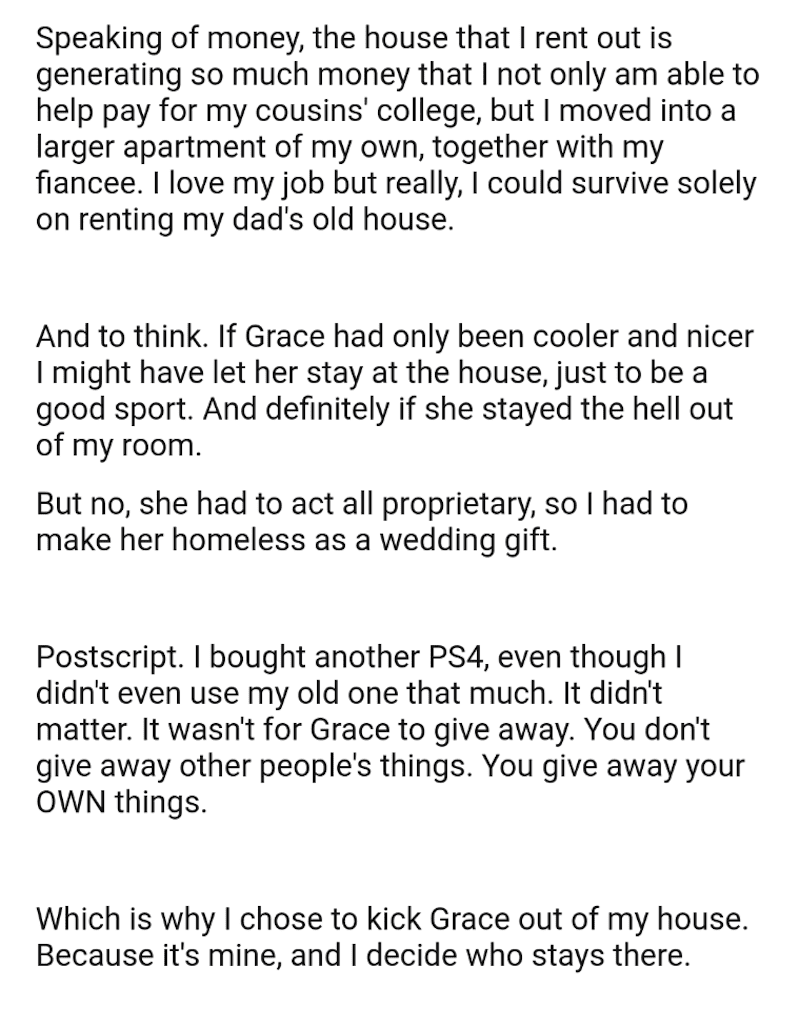 Some readers wondered what her status was in the scenario.

While others defended what he did, saying his actions were on the up and up. 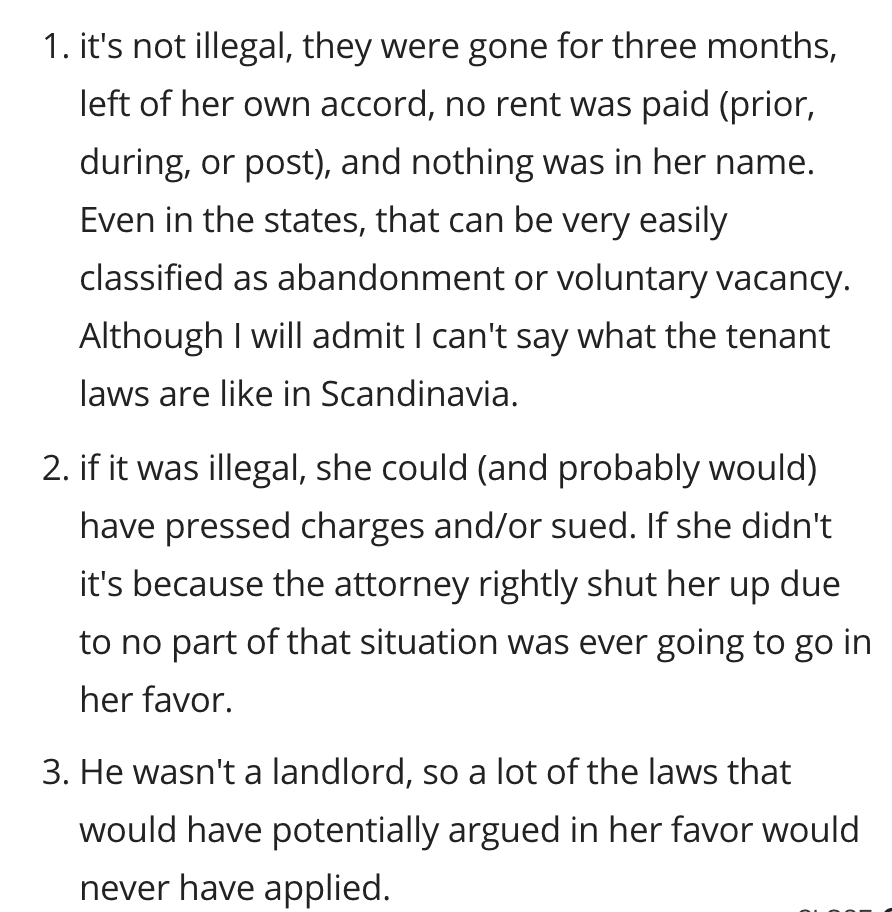 But a few just thought the whole thing was unnecessary drama.

Do you think this relationship could have gone any other way? Let us know in the comments below!