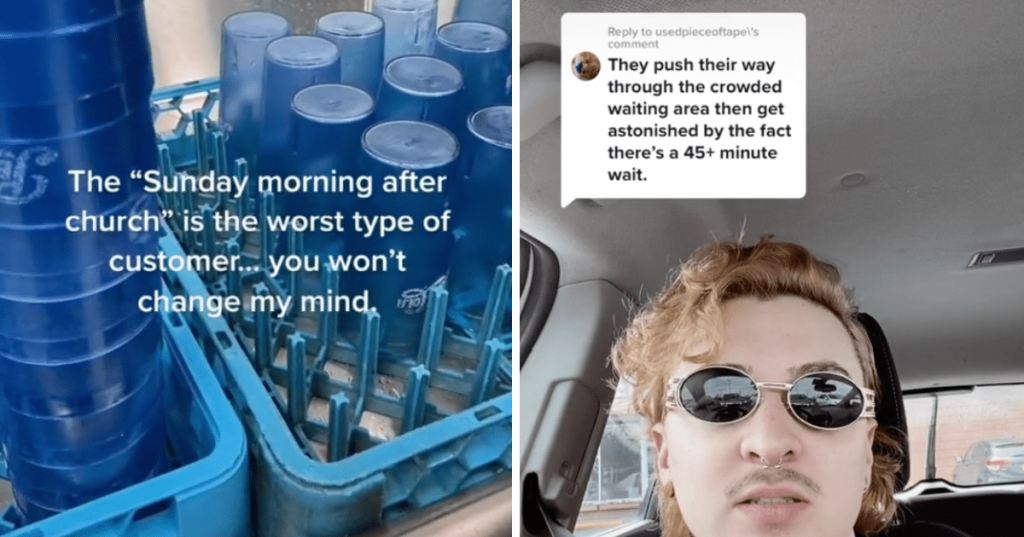 Why Servers Say The After Church Crowd Are The Worst Customers

Anyone who has ever spent time waiting tables will tell you there are some shifts that are just better than others.

Of course “better” can mean more than one thing depending on what you’re looking for – more money or easier customers – though Friday and Saturday nights are almost always going to be the most sought-after shifts.

Sunday lunch shifts can be tricky. They’re usually fairly busy, which is good for money, but the crowd can be a crapshoot. 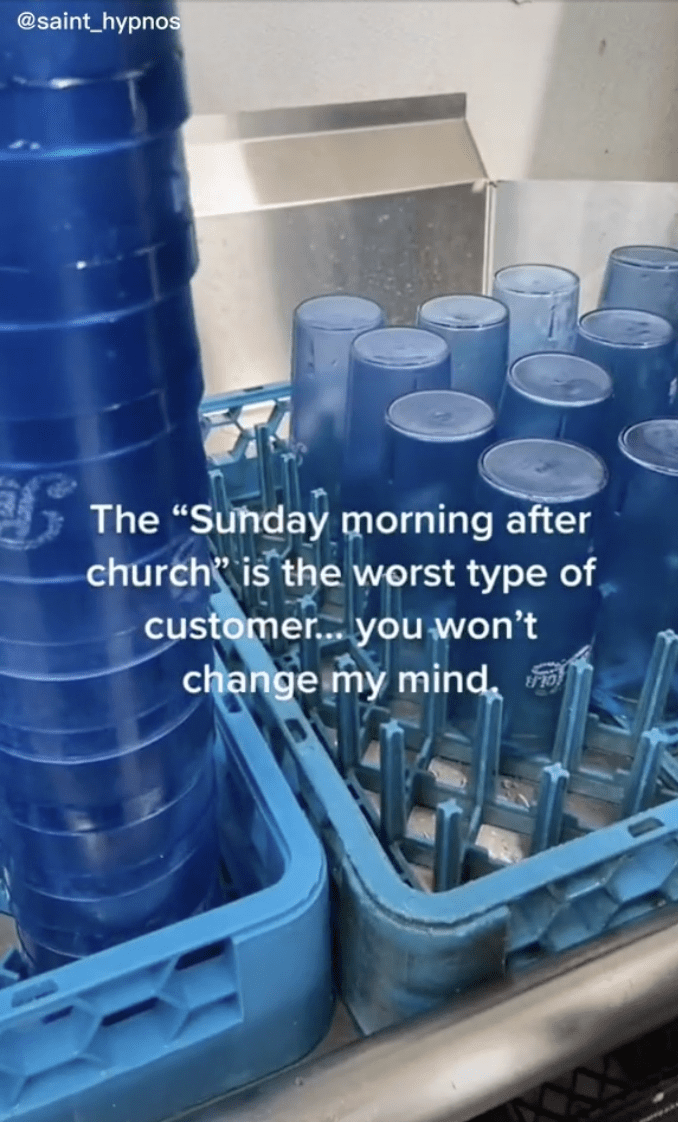 At least that was my experience – and these servers seem to be of the same mind.

He said this in reply to another TikTok video from @jenmich416, whose video showed some super questionable behavior.

“The ‘Sunday morning after church’ is the worst type of customer. You won’t change my mind.”

The commenters pretty much all agree, and boy howdy, do they have stories.

“A group of 20 brunch ladies showed up, verbally abused me/made me cry and then left one of those bible pamphlets that look like money as a tip.”

“They push their way through the crowded waiting area then get astonished by the fact there’s a 45+ minute wait.” 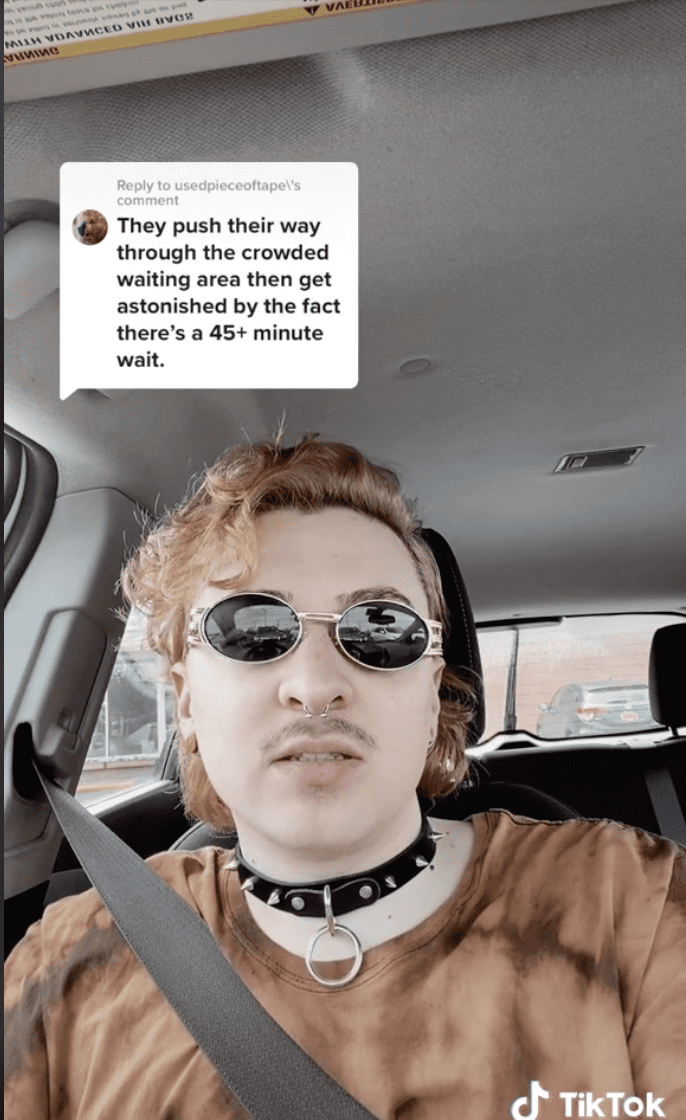 Every server out there is going to have stories about customers, but it seems there’s definitely something to it if pretty much all of them have something to say about Sunday mornings struggles.

Are you a former server? Tell us your own stories down in the comments – we’re totally here for it!