American singer-songwriter and champion of farm causes Willie Nelson sometimes drives around his 700-acre ranch in the Texas Hill Country to check on his 70 or so horses.

“Willie Nelson’s Horse named Lucky…. how do I know that???…. Because all of his Horses are named Lucky 🍀!” – – #horse #whitehorse #willienelson @willienelsonofficial #luck #lucktexas #ranch @luckreunion #love #blueskies 🎶

“My horses are probably the luckiest horses in the world. They get hand-fed twice a day, and they were all ready to go to slaughter. That’s probably the last thing they remembered, so they’re happy horses.”

He even named his ranch, “Luck.”

As Nelson likes to say… 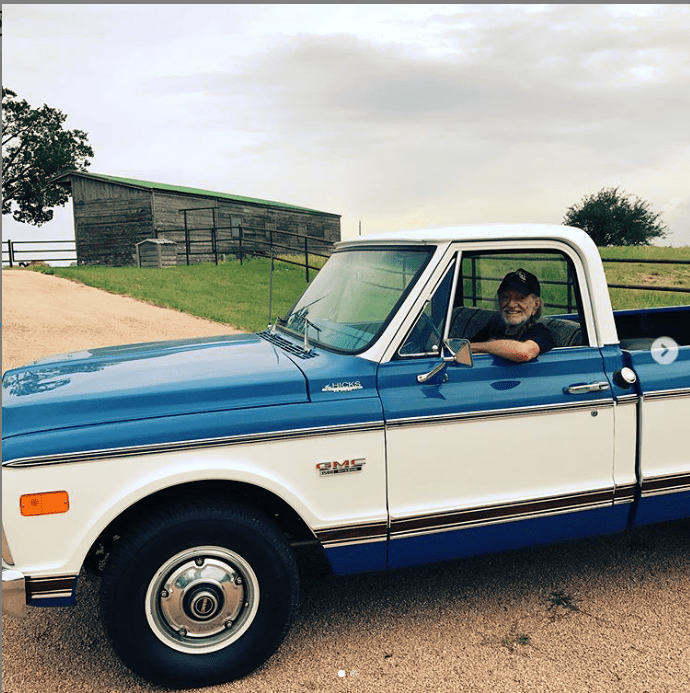 Nelson continues to be a colorful figure in music, releasing albums and touring for around 200 days out of the year, even as he approaches 87!

Although a 2018 supporter of then-senatorial candidate, Beto O’Rourke, Wilson largely stays out of politics while on stage.

“I think that’s why a lot of people show up, because they don’t have to worry about what they’ve been watching on TV all day.”

Besides standing up for farmers through his annual Farm Aid benefit concerts and rescuing horses, Nelson also is an advocate for legalizing marijuana. He even has his own brand called “Willie’s Reserve,” which he markets where legal.

He definitely doesn’t plans to retire from public life any time soon.

And for that, his fans, American farmers and his horses say, “Thank You!”