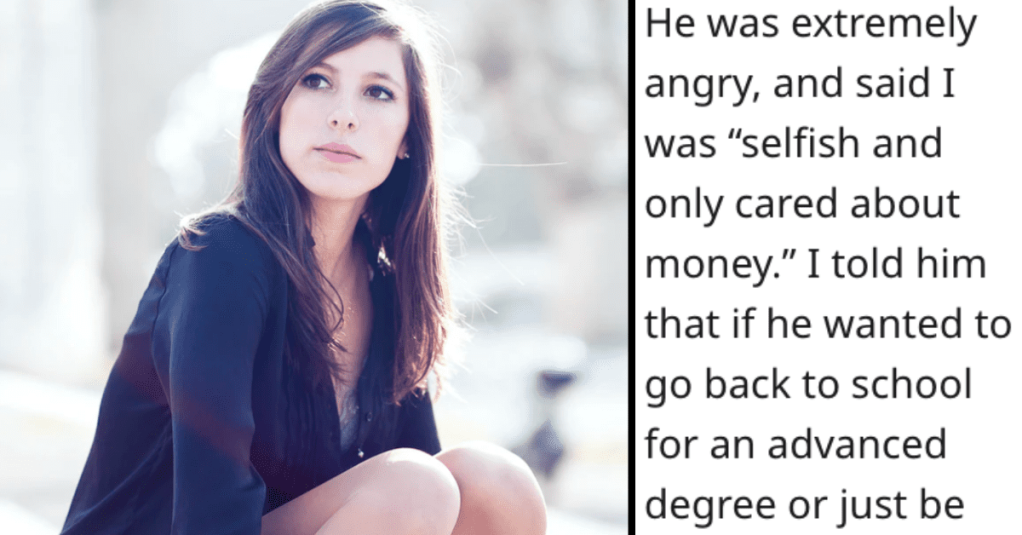 Woman Asks Her Husband to Turn Down His Dream Because of Her Career. Is She Wrong?

If you haven’t spent too much time on Reddit’s “Am I The *sshole” page, you’re missing out.

It’s basically a public forum for everyday people to spill their guts about things in their lives that are bothering them and want to know, as the title implies, whether they are *ssholes because of the situations that went down.

And a woman asked the fine readers at Reddit this question about a situation that arose with her husband.

Here’s what she had to say. 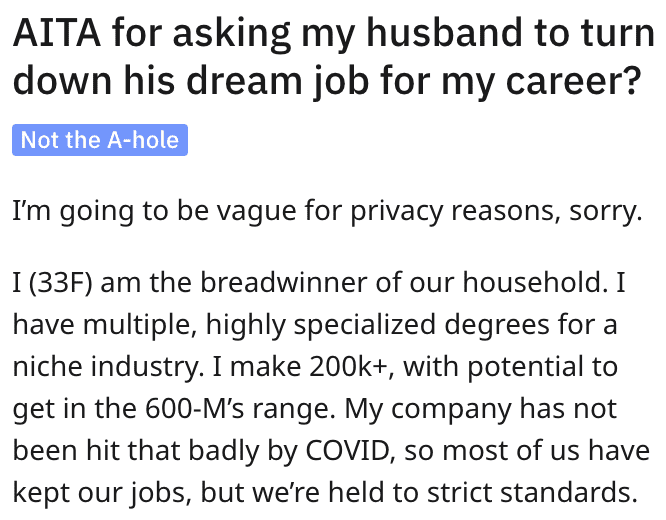 Seems like she has a pretty good gig going on, yes?

Now let’s check out the deal with her husband. 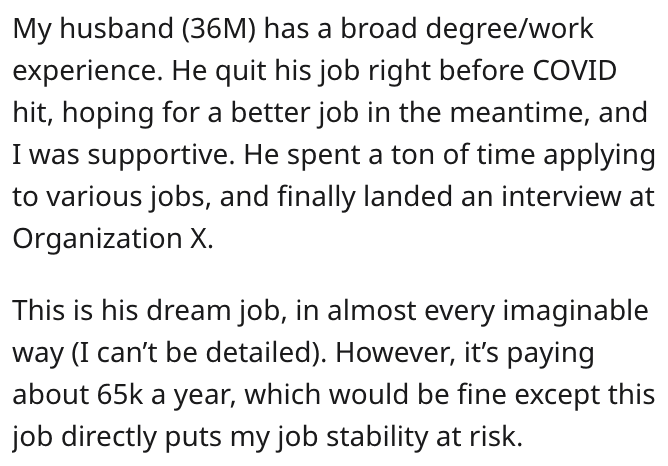 Sounds like her husband hit the jackpot…but there are some major issues involved, as you’re about to see…

If her husband took this position, it could cause big problems for her in her high-paying job. 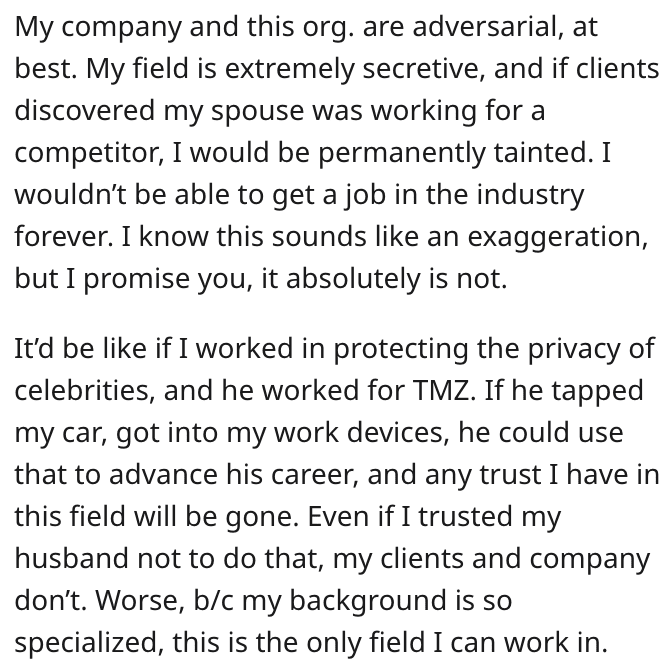 So the woman asked her husband to not even consider the job anymore.

In fact, her husband got very worked up and angry about the whole thing.

And he kept his name in the ring for the job. 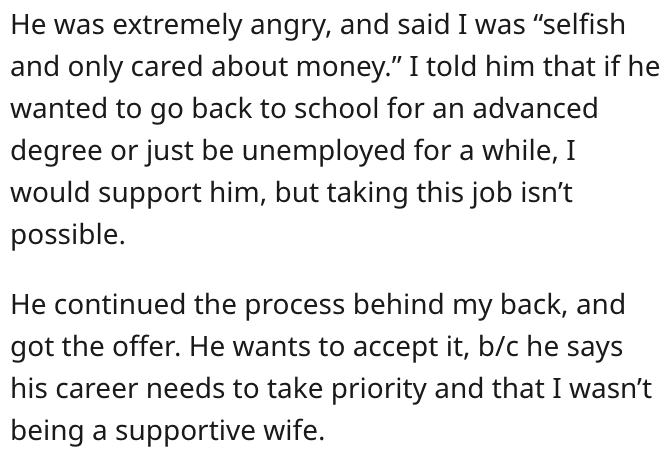 The woman felt like her husband betrayed her and she decided to let her co-workers know about the potential issues.

She decided that being straight-up with them was better than them finding out some other way.

And she gave her husband a very serious ultimatum. 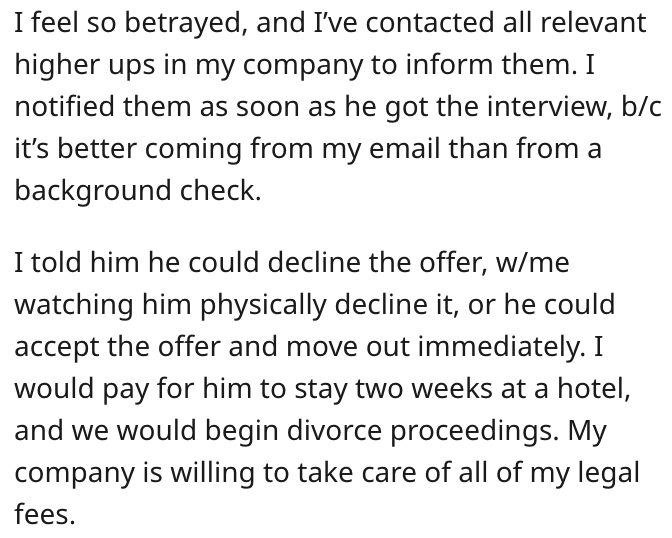 This is truly a tough situation for everyone involved.

And you can tell how much it is eating this woman up inside.

So, what did the internet think of this?

No, you shouldn’t feel awful. 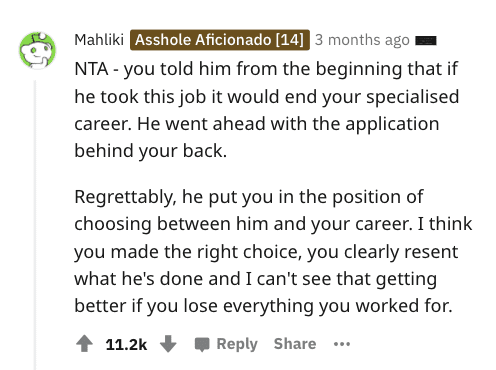 You’ve been doing this longer! 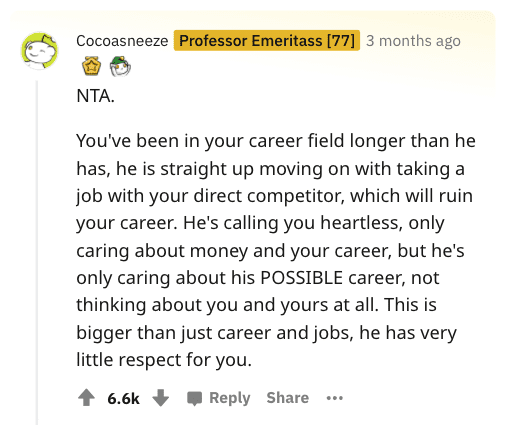 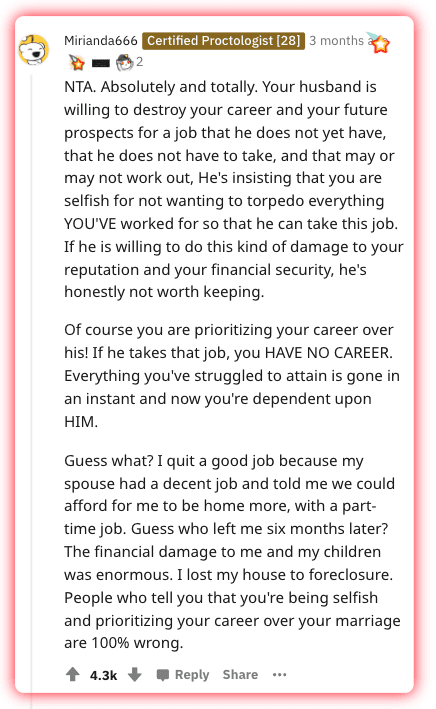 Is she being selfish about this situation?

Talk to us in the comments and share your thoughts. We’d love to hear from you!