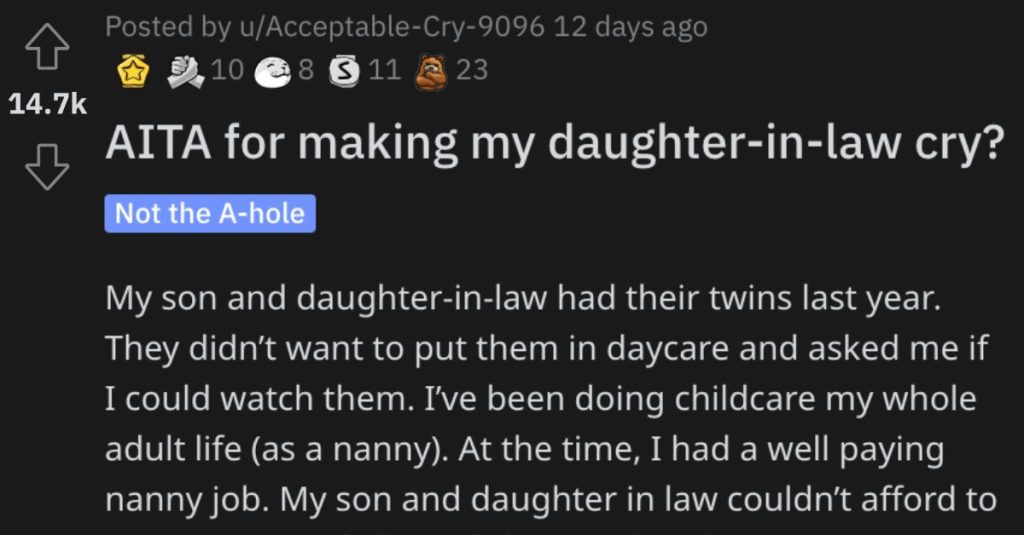 It’s never a good feeling when you make someone cry (at least I don’t think it is) but what if it’s a family member?

You can only imagine that will lead to some hurt feelings…

Take a look at this story from Reddit’s “Am I the A**hole?” page and keep reading to see how readers reacted.

AITA for making my daughter-in-law cry?

“My son and daughter-in-law had their twins last year.

They didn’t want to put them in daycare and asked me if I could watch them. I’ve been doing childcare my whole adult life (as a nanny). At the time, I had a well paying nanny job. My son and daughter in law couldn’t afford to pay me as much, but I didn’t mind as they’re my grandkids and I love them.

I’d do it for free but I have to pay my bills. I did make sure multiple times that this was going to be permanent. I was quitting a good job for this and I didn’t want to have to scramble last minute.

They swore up and down that it’d be until they were 3. I agreed and I’ve had so much fun watching them this past year. They’re now 18 months old. I’ve started to teach them colors, ABCs, etc. We go to play groups so they can be with kids their age.

My son and DIL sat me down last week saying they feel more comfortable with daycare. After doing research, they feel it’s best they’re in daycare now. They’ve already found one and gave me 2 weeks notice. I was upset. They promised me 3 years of work and now I have to scramble to find a new job that’ll pay as well as my last one.

I said all of this, and they said it wasn’t fair for me to expect them to keep to that. I pointed out what this would do financially to me, and they said they had to think of themselves. They’re paying the daycare more, but it’s worth it. I said now I don’t know how I’ll pay my bills, including my son’s student loans that I pay. I left shortly after.

My son says his wife cried and I shouldn’t have guilted them about this. He said bringing up the money was manipulative.

Now let’s take a look at how Reddit users reacted to this story.

One reader said that this woman is not an a**hole and that her son and daughter-in-law broke their commitment. 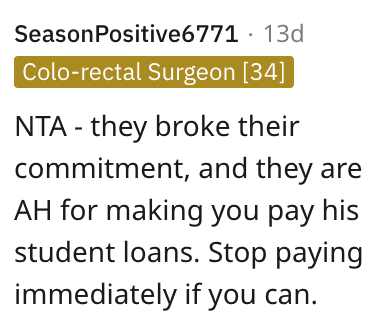 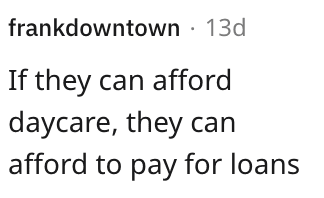 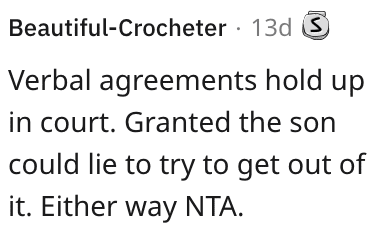 And this individual said that they’ve taken advantage of her before and they’ll most likely do it again. 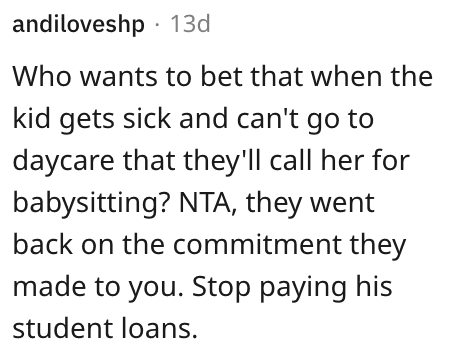