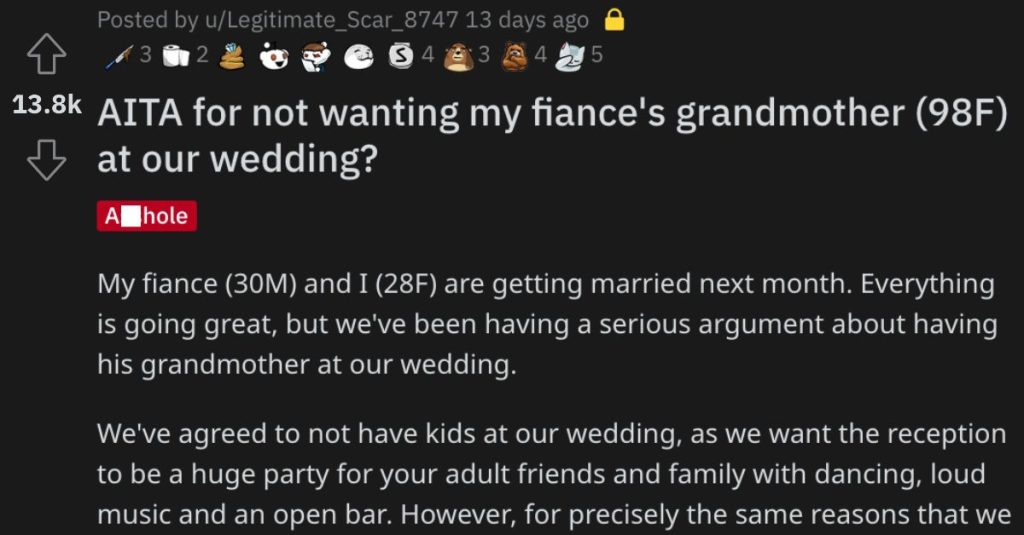 I’ve never been married before, but I can only imagine the kind of disagreements that go down when the list of invitees has to be narrowed down and finalized.

But this story from the “Am I the A**hole?” page on Reddit is a little bit different…

Take a look at what this bride-to-be had to say about her upcoming party that has caused big drama with her fiancée.

AITA for not wanting my fiance’s grandmother (98F) at our wedding?

“My fiance (30M) and I (28F) are getting married next month. Everything is going great, but we’ve been having a serious argument about having his grandmother at our wedding.

We’ve agreed to not have kids at our wedding, as we want the reception to be a huge party for your adult friends and family with dancing, loud music and an open bar. However, for precisely the same reasons that we don’t want kids there, I don’t want his elderly grandmother at our wedding either.

I said she can come to the ceremony but not the reception. It will be extremely loud and I want it to be a party atmosphere, and she will be extremely out of place. For context, none of my grandparents are still alive, and he still has his last living grandmother.

This has caused a huge fight, since she said she has always dreamed about being at her grandson’s wedding (he is her oldest grandchild and she probably won’t make it to the next family wedding). Which is why I said that she’s more than welcome at the ceremony, but she will just be too out of place at the reception.

She and he both insist that she will be fine and wants to go to the party. But I just know it will inevitably lead to us dealing with her and taking care of her, and I just want to get drunk and let loose with my friends.

She’s now really upset and won’t talk to me, and my fiance is also angry. I think I am within my right to make this request, I am the bride after all.

Oh, boy…now check out what Reddit users had to say about this story.

This reader said that this woman is definitely the a**hole here and that she is also very disrespectful. 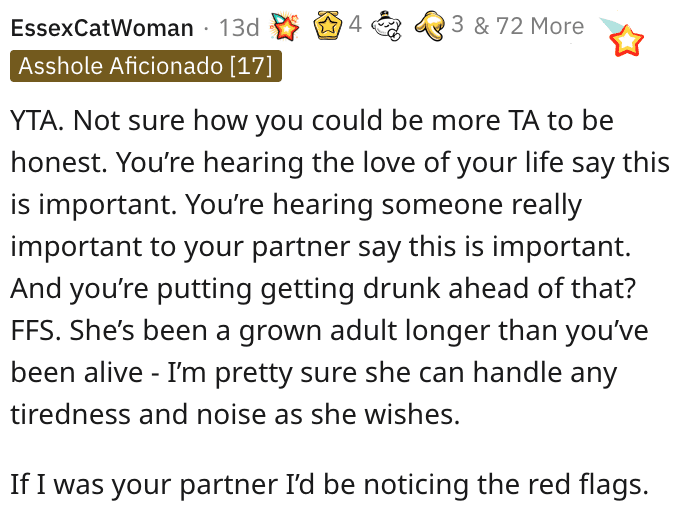 Another Reddit user said that most people don’t even have time to drink a lot and party on their wedding day because they’re too busy being social.

So what’s the big deal? 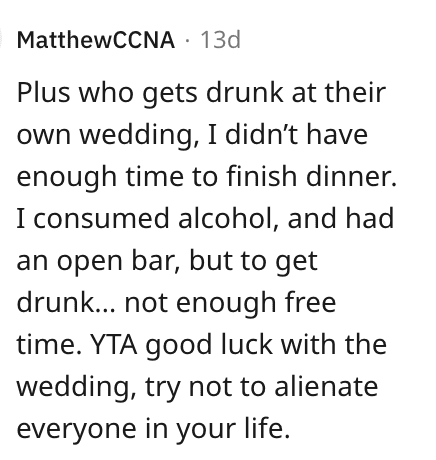 Another individual said that the man should get rid of his fiancée and just have a party for grandma. I bet that would be epic!

Finally, this person said that most older people just want to be included in gatherings and celebrations.

I sure hope she ended up going to the wedding… 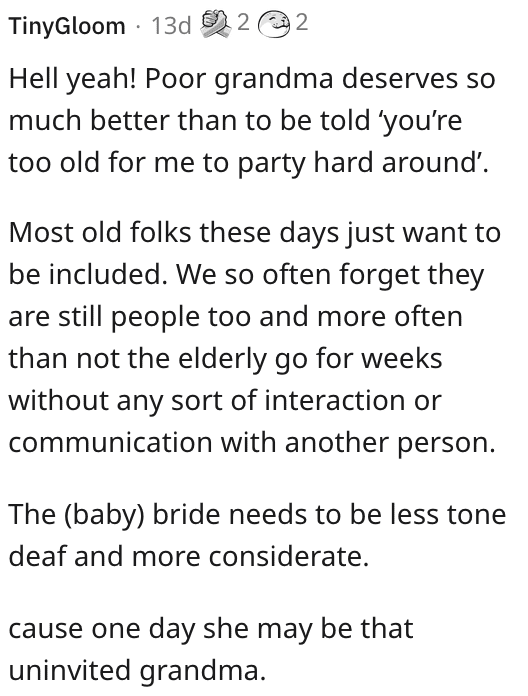