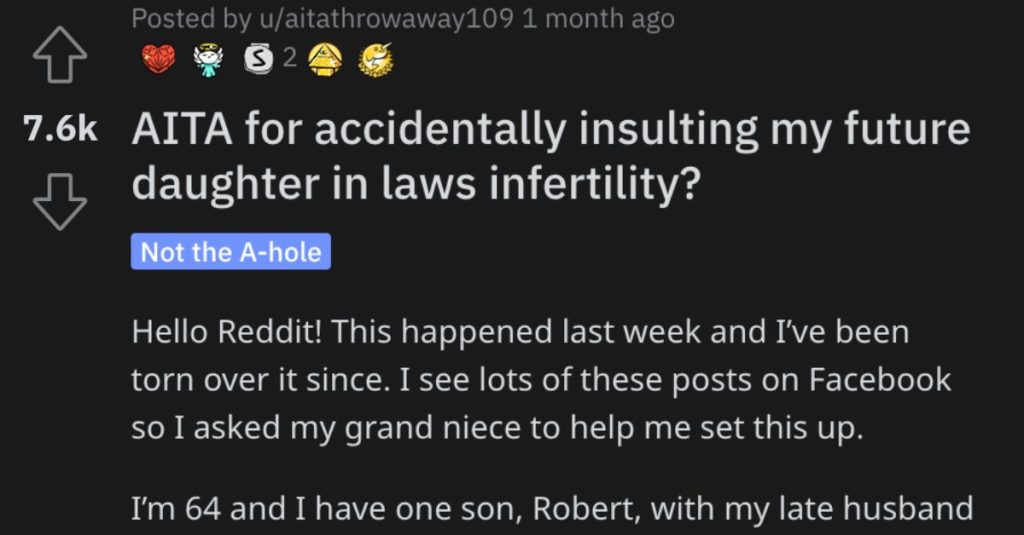 And it also sounds accidental…

But, still, was this woman out of line for what she said?

Read her story below and let us know what you think in the comments.

AITA for accidentally insulting my future daughter in law’s infertility?

“Hello Reddit! This happened last week and I’ve been torn over it since. I see lots of these posts on Facebook so I asked my grand niece to help me set this up.

I’m 64 and I have one son, Robert, with my late husband James. Robert is engaged to Sarah who is also 35.

Last Sunday Sarah and Robert came to my house for dinner. We were chatting and I told them a story about James, who Sarah unfortunately never got to meet.

While I was pregnant, James was very excited and insisted on putting together everything, cribs and changing tables etc.

Bless him, but my James was not much of a carpenter and one day when I was putting Robert in his crib, the whole thing broke! I managed to catch Robert in time so no harm done thankfully.

After the story I made a joke along the lines of Sarah never having that problem if they have children, because Robert actually is a carpenter.

She burst into tears and asked me why I was being so cruel. I was taken aback and asked her what was wrong as I certainly hand t meant to upset her and I was sorry if I had.

She told me they discovered recently that Sarah is infertile and she would never be able to have children even with IVF.

I apologized profusely and said if I had known I would never have made a joke about it. James and I struggled with having Robert and we’re never able to give him siblings so I felt awful that I had hurt Sarah like that.

The mood was ruined after that and Robert and Sarah decided to leave early.

On Tuesday, I ran into Roberts best friend and his wife while I was out shopping. His wife is good friends with Sarah and seemed unusually cold towards me.

I asked why and she said she hadn’t known I was so rude and that I should be ashamed of mocking Sarah’s infertility. It turns out that the story has been spread that I viciously insulted Sarah and insinuated she shouldn’t marry Robert!

The story even got back to our family and a lot of our relatives are quite upset with me. I apologized when I made the joke, but now I’m wondering if I really did overstep that badly and insult Sarah horribly. I don’t want to be a bad MIL and I get along quite well with Sarah ordinarily 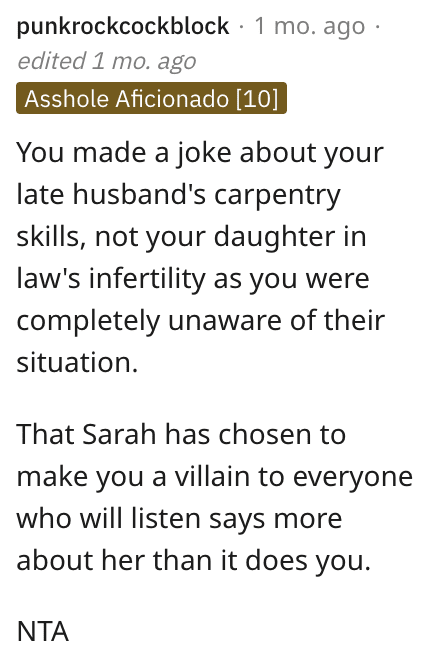 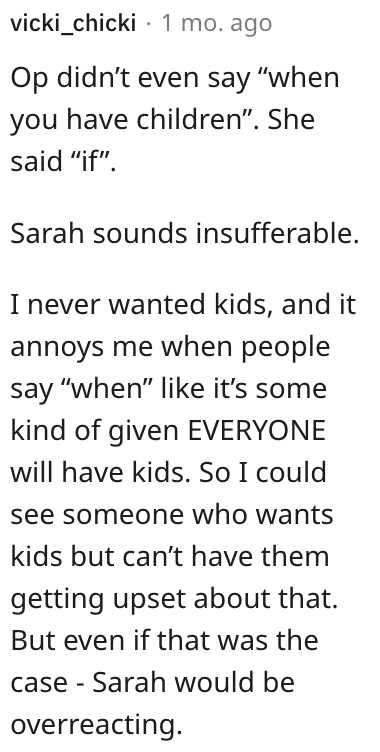 Another individual said she’s NTA and that she already apologized for this. 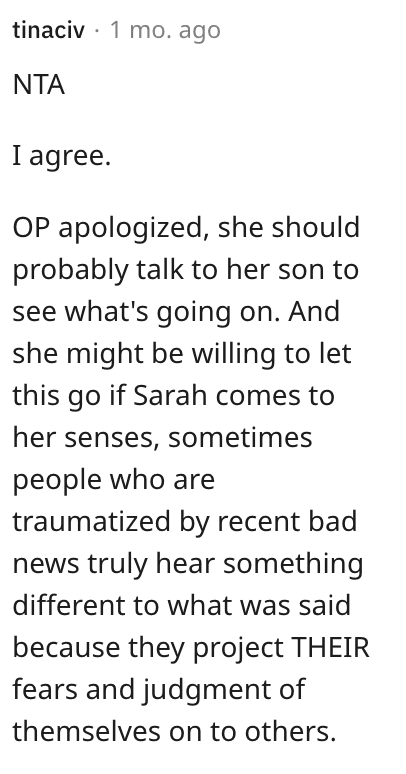