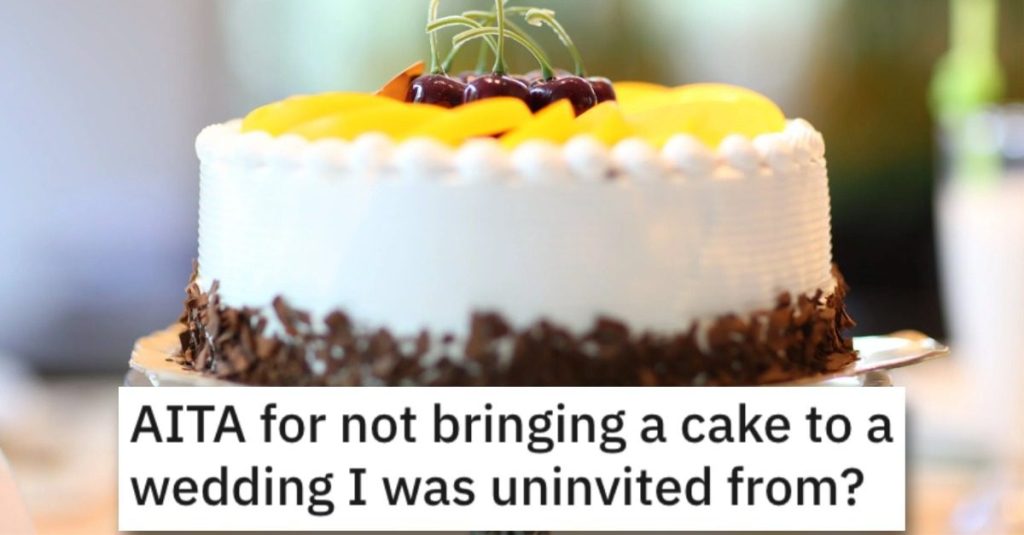 Why on Earth would anyone bring a cake to a wedding that they were UNINVITED from?

But you never know what you’re gonna get when it comes to stories on Reddit’s “Am I the A**hole?” page!

So check this one out and let us know what you think in the comments.

AITA for not bringing a cake to a wedding I was uninvited from?

“My (ex) best friend got married this Saturday. I was supposed to be the maid of honor but she removed me from the wedding over a dispute regarding my makeup, hair, and “disinterest in the wedding”.

She uninvited me from the wedding after I told friends my side of the story. I was responsible for the cake at the wedding, but cancelled the order because I was uninvited and wanted to be reimbursed for all of my investments in this wedding. I told the bride I wasn’t going to bring the cake over for them.

The new maid of honor went to pick up the cake and learned that I had cancelled the order. They were able to get another cake, but it apparently wasn’t as nice. The bride, groom, and my sister (who attended) told me it was unfair to cancel the cake. My sister thinks I should have let them enjoy their special day and then later discussed getting my money back.

The bride refers to the cake as a gift and claims that a gift cannot be returned. The groom just agrees with literally anything his precious wife says.” 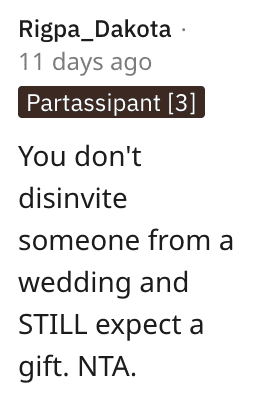 Another reader said that her friend is very entitled.

And this individual said she’s NTA and that there was nothing to return. 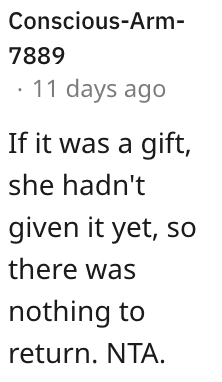