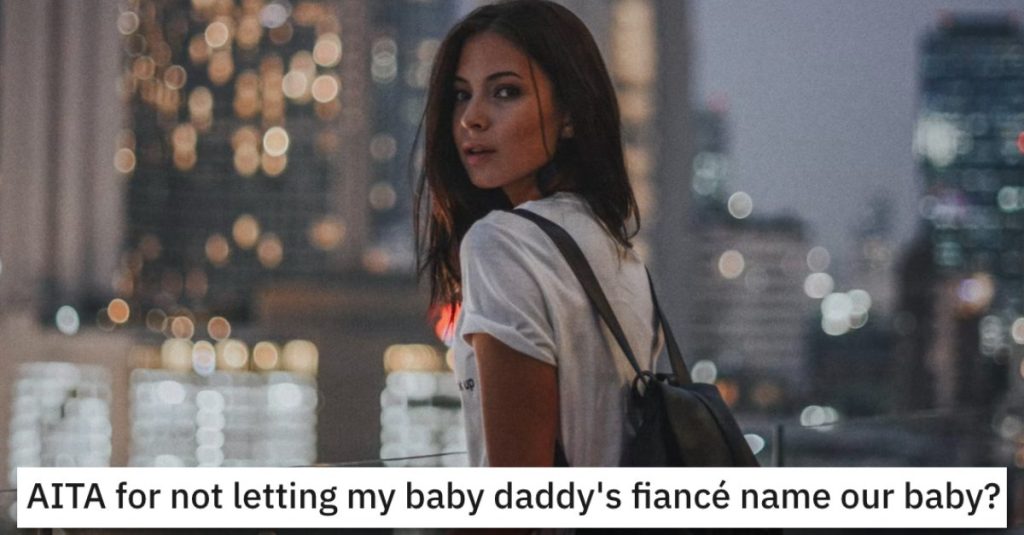 This whole situation sounds kind of weird to me...

You get the good, the bad, and the ugly from all aspects of life…and the stories are quite entertaining and interesting.

Take a look at this one and let us know what you think.

AITA for not letting my baby daddy’s fiancée name our baby?

“My baby daddy Jasper (25M) and I (27F) had a one night stand, I’m currently 24 weeks pregnant. There was no cheating, but that’s not important for the story.

Jasper’s fiancé, Maddy (23F) lost their first child a year a year ago, I can’t imagine going trough child-loss and I’ve been trying to be accommodating to her, but I’ve set a few rules:

She can’t treat me as a surrogate because I’m not. This is Jasper and I’s kid. She’ll be the STEP-MOM, not the ADOPTIVE-MOM.

She can’t be in the delivery room, I’m only allowed to have two people there and I chose to had Jasper and my mom. She argued and she really tried to push it, she wanted me to haver her a Jasper, I said no. She wanted me to have her and my mom then, I said no. I was clear that even if Jasper wasn’t in the room with me, she wouldn’t be allowed either way because I’m not comfortable.

She can’t take big decisions for our kid on her own, she can suggest and she can ask. But she can’t take them unless is an emergency.

Aside from that, we’re all aware that this situation is not common and we will have to learn along the way, a few days ago we three went out to have dinner and Jasper asked if I had given any thought into our kids name, I said yes and gave him a list, I told them they can add some names to it and then we three could discuss them and chose one, Maddy told me she wanted to give them her dad’s name as a middle name since it was special to her, Ill be honest, I don’t like the idea because a family name (and a father’s one) seems very personal, also I didn’t liked it that she behaved like the decision was set since that’s not our deal.

Jasper didn’t seemed that fond of the idea either so I told her that, while we could consider it and think about it, I wasn’t sure. Maddy got quite pi**y and said that it wasn’t fair that she wasn’t allow to have or say anything without passing it through the ”mom police” because this was her child too. She can’t be in the delivery room, she won’t gave birth to them or have any legal rights and the least I could do is let her have the middle name.

Jasper tried to argue with her but Maddy refused, took her things and left us there. We stayed back for a while and he apologized for her before taking me back to my house.

My mom says that she understands Maddy’s pov, I’m having a child with her man after losing her own baby and she’s not allowed to do anything without me or Jasper saying yes first and that maybe I should let her have it since middle’s name doesn’t matter anymore. I still don’t entertain the idea but I want to ask anyway. I’ll be happy to give more INFO if someone need it.”

This reader said this woman is NTA and she should probably talk to a lawyer. 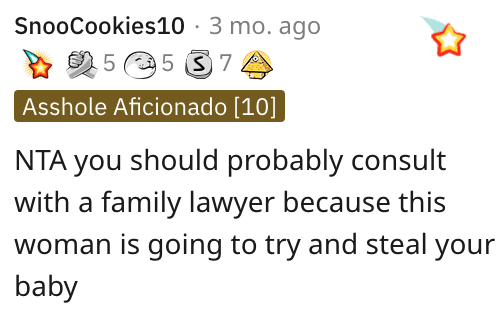 This person agreed and said legal action is probably needed to protect her and her baby. 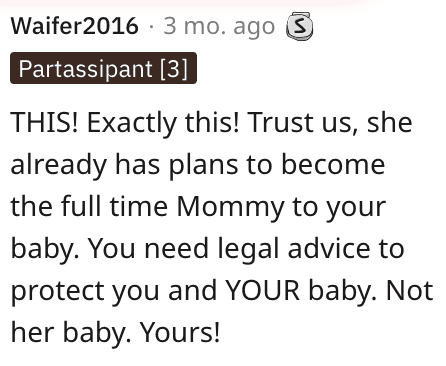 And this individual said this man needs to set his wife-to-be straight right away. 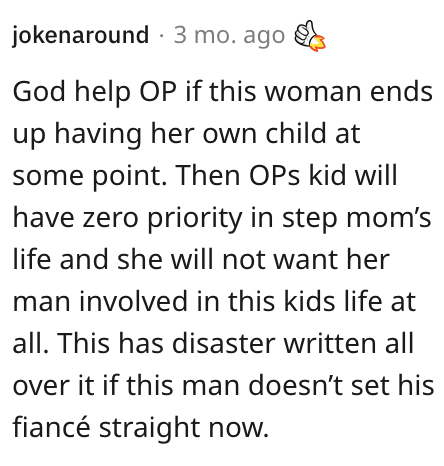