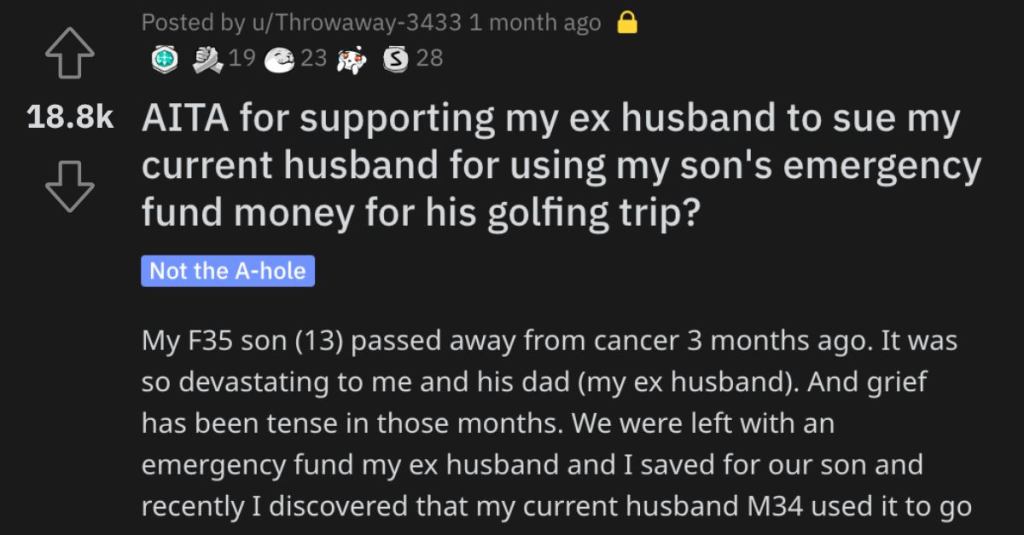 Well, this sure is a weird one…

But that’s the beauty of the “Am I the A**hole?” page on Reddit!

You never know what you’re gonna get.

So go ahead and treat yourself to a story of family drama and be sure to tell us what you think in the comments.

AITA for supporting my ex husband to sue my current husband for using my son’s emergency fund money for his golfing trip?

And grief has been tense in those months. We were left with an emergency fund my ex husband and I saved for our son and recently I discovered that my current husband M34 used it to go on a golfing trip in another country that he just returned from. I found out via checking fianancial records and I blew up at him and asked why he used my son’s money to go on a trip while I was grieving.

He said he needed support too and to lift some weight off his chest after I kept pushing him to side and ignoring him but I was and still am grieving and needed space. He wasn’t the one who lost a child. despite him being the stepparent my husband made it clear he never felt any connection to my son basically blaming his medical condition for not having a chance to bond.

We had a huge argument and my ex husband heard and was so mad. He confronted my husband calling him an unhinged opportunist and said he was going to sue him for taking the money after accessing it through me. I told my ex husband to go ahead and sue and my husband was shocked that I agreed and condoned this mistreatment from my ex husband towards him. He asked me to tell my ex to step down but I said no.

He lashed out saying he too was and is grieving and that my ex and I are ganging up on him with complete disregard for his overwhelming grief and sorrow.

We haven’t spoken since that argument and things keep getting worse with him texting about how I should stand with him as my husband instead of encouraging my ex to take his anger out on him like that.”

One reader said that this woman is definitely not the a**hole in this story. 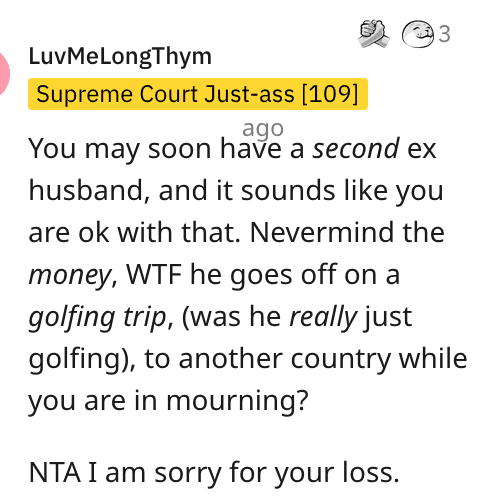 And this individual said that this guy does not deserve to be forgiven for his actions. 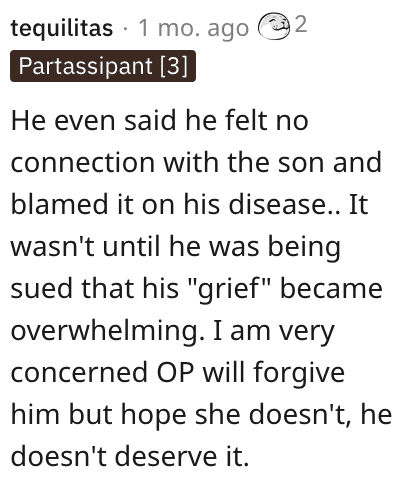 And this Reddit user argued that this woman needs to get rid of this guy as soon as possible. 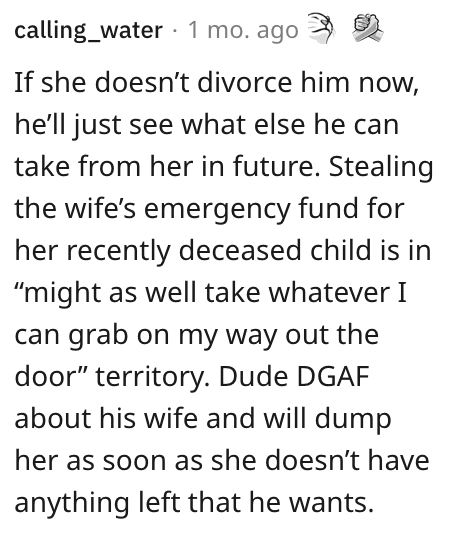