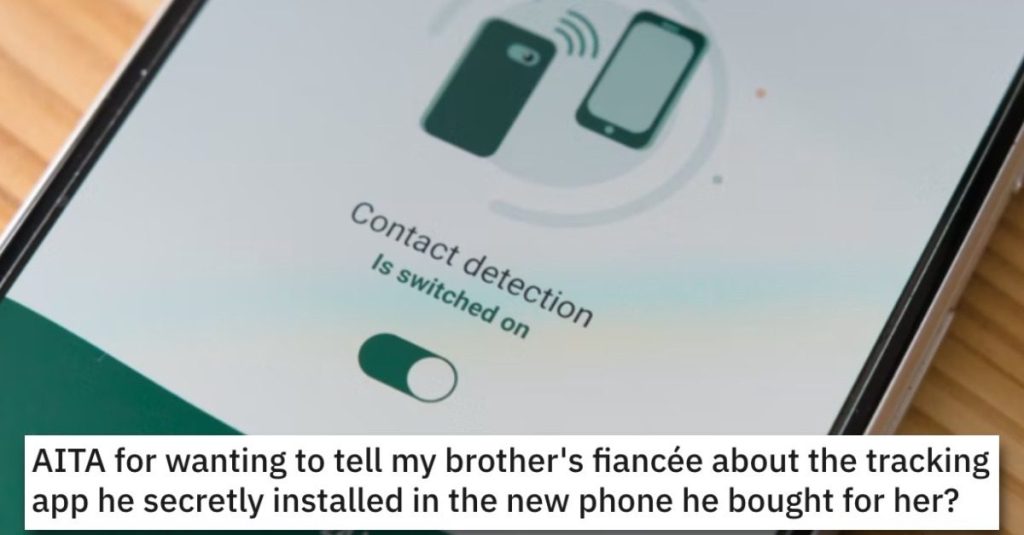 I’ve heard quite a few stories lately about people putting tracking apps on their partner’s phones and I gotta say I find the whole thing to be incredibly creepy and weird.

I guess I could see wanting on your kid’s phone or a family member who was sick or something, but secretly putting one on your partner’s phone is just over the line.

Check out this story from the “Am I the A**hole?” page on Reddit and see if you think this woman is out of line.

AITA for wanting to tell my brother’s fiancée about the tracking app he secretly installed in the new phone he bought for her?

“Pretty much the title.

My f22 brother m27 is currently engaged to his fiancèe f25. he bought he a new phone for valentine’s and asked my boyfriend who’s trained in computer and software to install a hidden tracking app on the phone so his fianceè won’t see it or notice.

I overheard them talking and when I entered the room they went silent. I waited til my brother left then talked to my boyfriend, he denied having this conversation with my brother first then, admitted to installing the app on the phone.

But I thought that was unfair to my future sister in law since she’s the one working, paying bills and rent and this is how she is treated? My boyfriend told me gtfo with this attitude and again, said I should stay of it because it does not in any way concern me.

I don’t know I feel horrible after hearing about what my brother did and since I have a good relationship with his fiancee I can’t help but feel guilty and wanting to tell her.

AITA for wanting to tell her?”

This person said she’s NTA…but she should also have her own phone checked out, too. 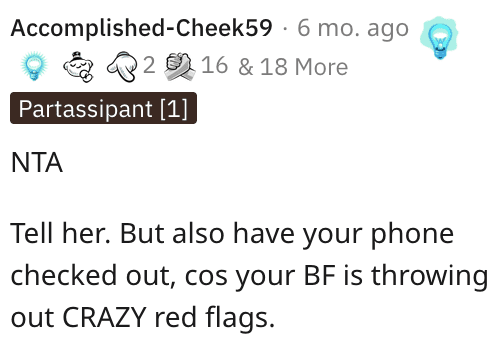 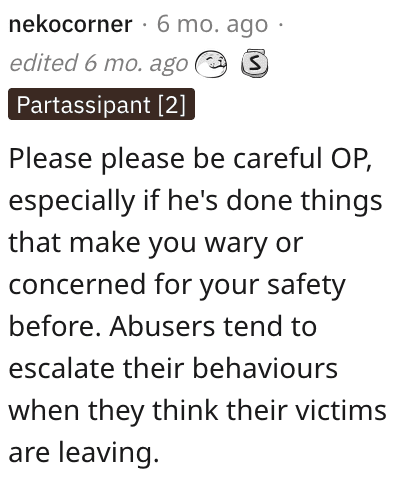 Another individual said she’s NTA and added that it sounds like her boyfriend can’t be trusted.