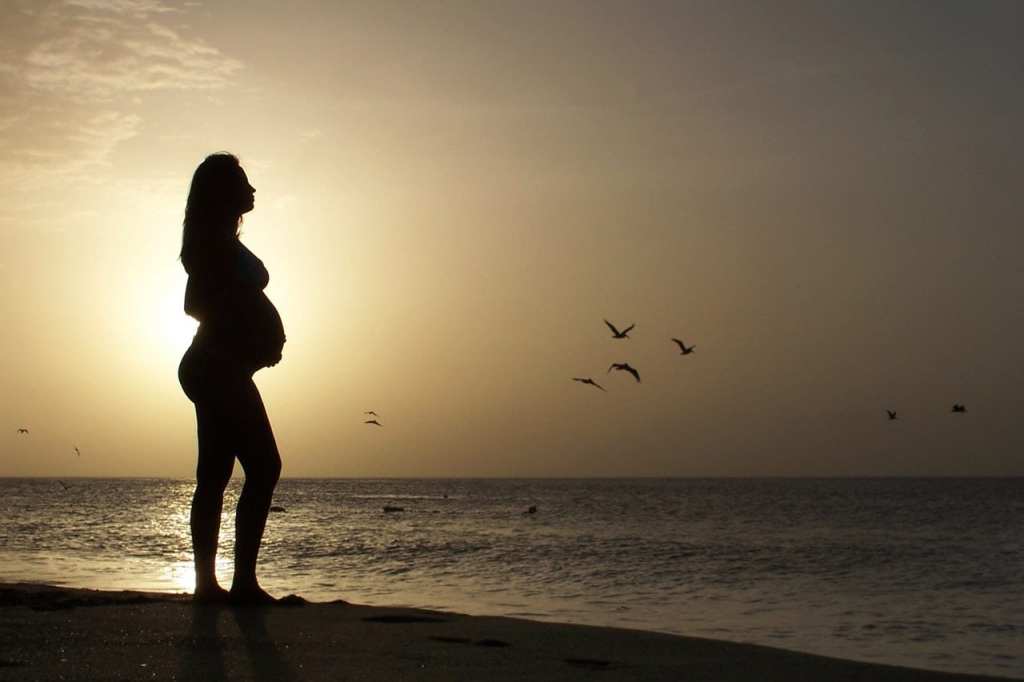 Pregnancy is a major life event that can be a source of joy, change, and maybe some complications. It brings up some valid emotions, but a recent Reddit thread showed us that some people can take things to a chilling level.

One woman pointed out that her husband and father-in-law are acting extra creepy. The original post was removed, but Scary Mommy salvaged some parts of the post before it came down.

AITA for banning my husband and father in law from the delivery room due to their intensely stressful/creepy behavior during my pregnancy? from r/AmItheAsshole

As it turns out, one unlucky woman is married to a man who is fixated on preparations for what to do in case she should die during childbirth. His father, and her father-in-law, is equally preoccupied with her potential death.

The woman who wrote the post says she no longer wants her husband or FIL in the delivery room during birth because of their behavior. 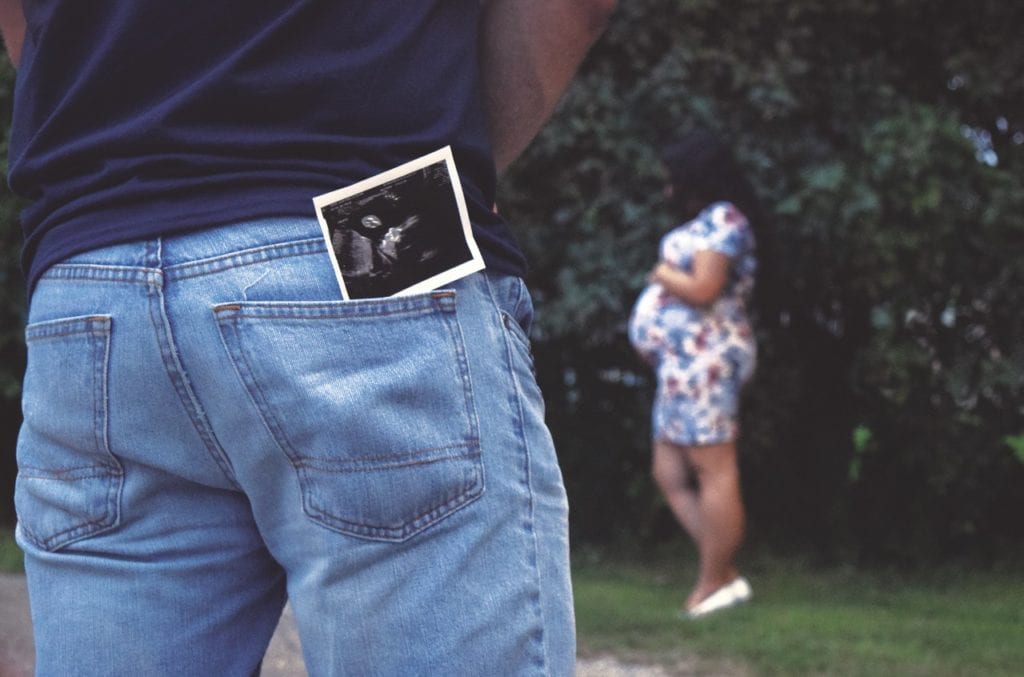 She writes that in addition to requesting that she obtain a life insurance policy and draft a will, her husband also asked her to make a list of everything she owns!

“When husband asked me to go through all of my possessions and ‘inventory’ what I wanted to be saved for the baby vs. what I would want to be returned to my family in the event of my death, I put my foot down and said absolutely not.

Too morbid. No way.”

Redditors gave her supportive responses, including comments like this:

Tell him you want to go to his next therapy appointment. Then you need to explain to the therapist what has been going on, and that you are seriously considering banning your husband from the delivery room.”

Here are some others who can’t believe what they just read. 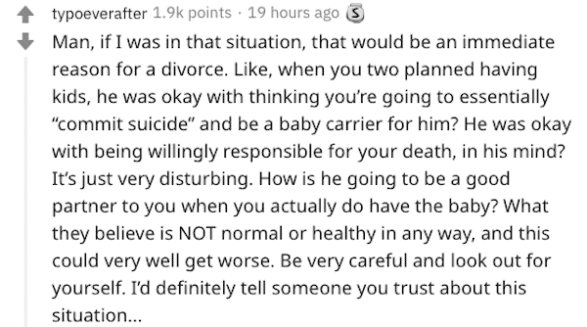 Seriously, what can these people be thinking?

There’s NO reality where people should be SO focused on this. 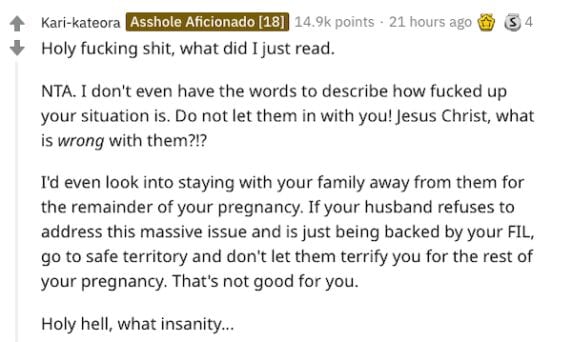 It reads like something out of a horror movie, right?

My advice… GTFO with that kid the moment you can. 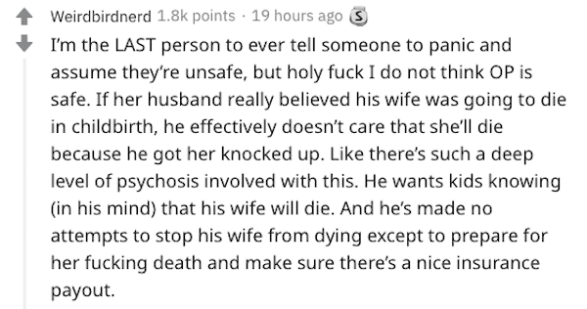 Several also wanted her to remain safe. This definitely sounds like a wild scenario. Hopefully, things turned out okay in the end.

What do you make of the situation? What would you advise? Let us know in the comments!