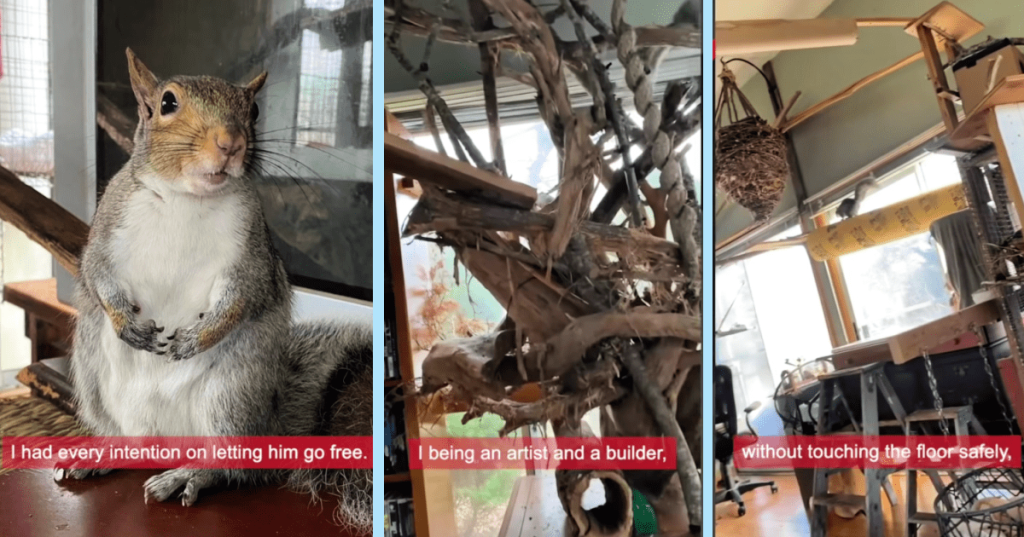 Woman Builds A Giant Treehouse For Her Adorable Rescued Squirrel

Many people probably don’t spend too much time considering squirrels. There are so many of them, for one, and they’re often a nuisance for those of us who care for yards.

And don’t even get me started on what they do to bird feeders.

There’s no arguing that they’re cute, though, and there are those among us who are moved to care for helpless babies when we find them, no matter the species. 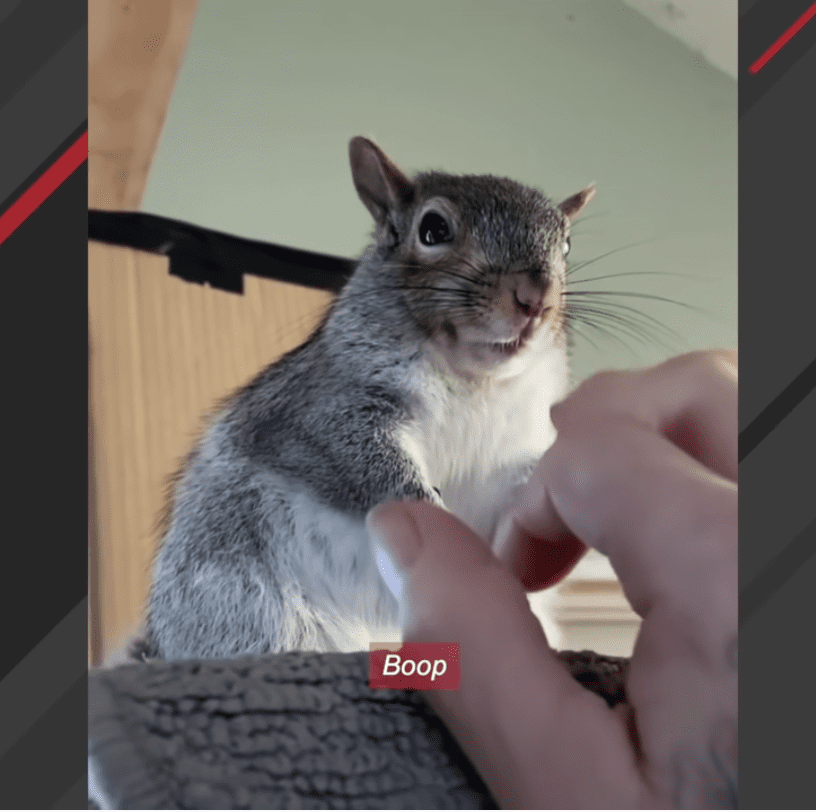 This was the case for Patty Robinson, who stepped in and saved a baby squirrels’ life – only to realize later she’d made a permanent friend. 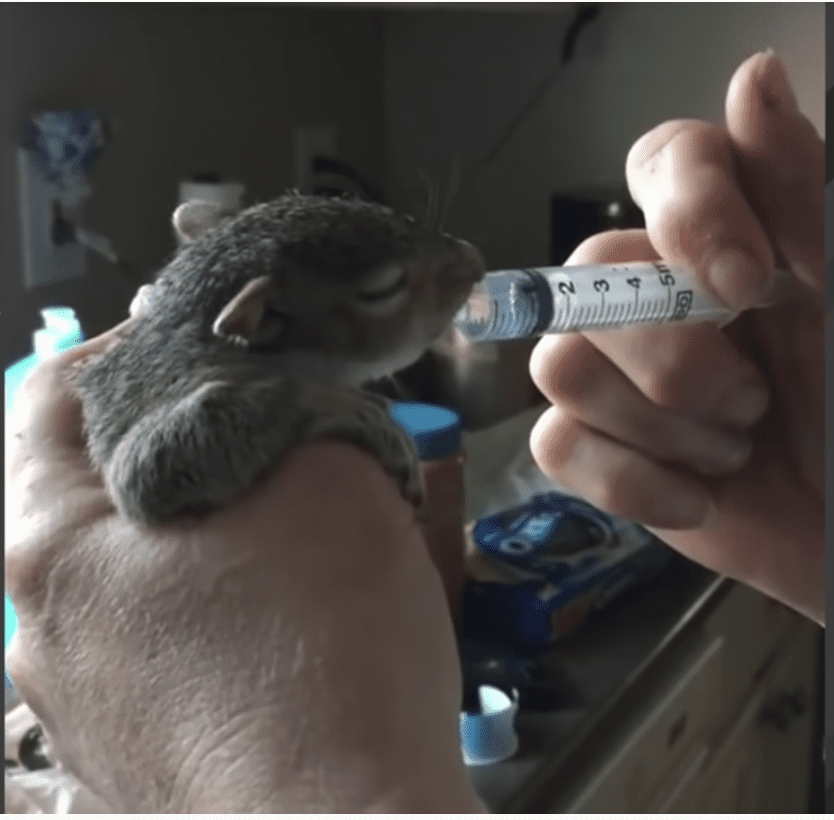 She adopted Bunk when he was very young, and told GeoBeats Animals that she honestly never had any intention of keeping the wild little thing as a pet.

“I had every intention of letting him go free…I tried three or more times to let him go and he wouldn’t leave.” 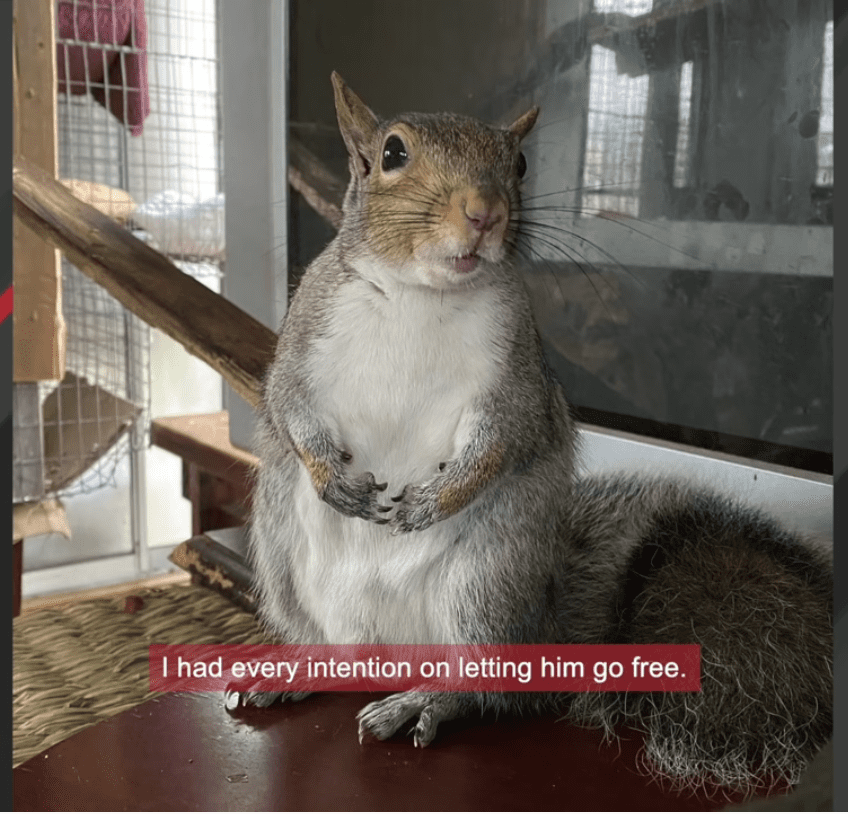 I’m guessing this squirrel knew a good thing when he saw it and decided a comfortable home with someone to cuddle and feed him was preferable to the great, scary outdoors.

Honestly, who could blame him?

Finally, Robinson relented and even got into the spirit of things. She build him a giant treehouse inside her own home so that he could still be a squirrel – just an indoor one. 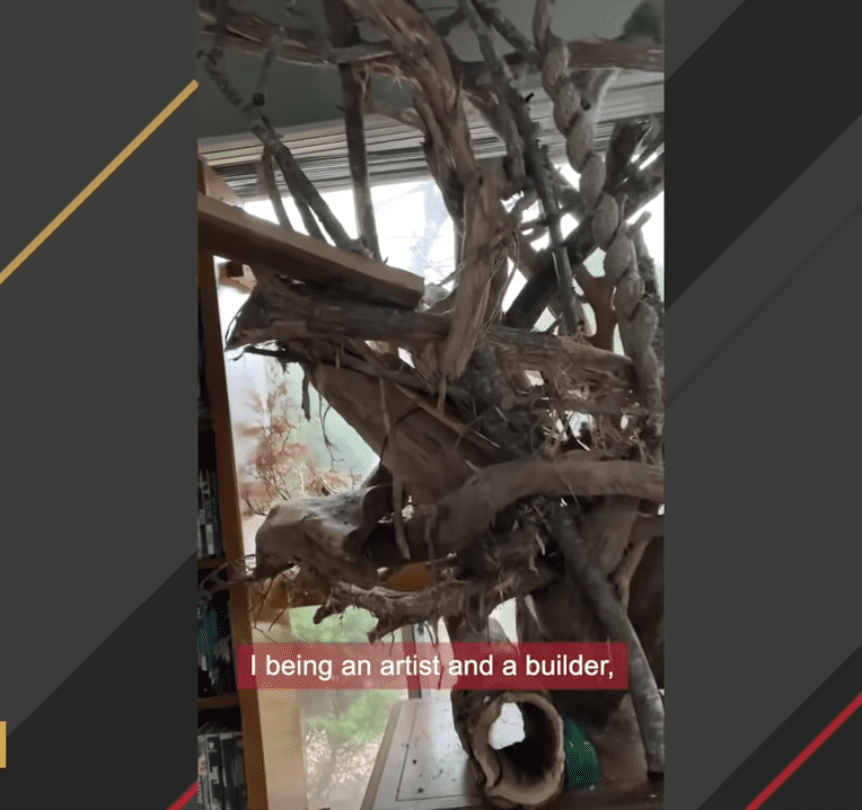 “Being an artist and a builder, I said all right if you can’t be in the trees I’m going to make him a tree. I built him a treehouse all interlocked with his favorite kinds of wood. He’s got the biggest room in the house, eight sliding glass windows, and cathedral ceilings. He can run around the entire room without touching the floor safely because he’s on all his little ramps.”

It sounds as if she really went above and beyond, all for a sweet little squirrel…I wonder if she’d be interested in adopted me?

What’s the coolest thing you’ve ever built for a pet? Tell us about it in the comments!