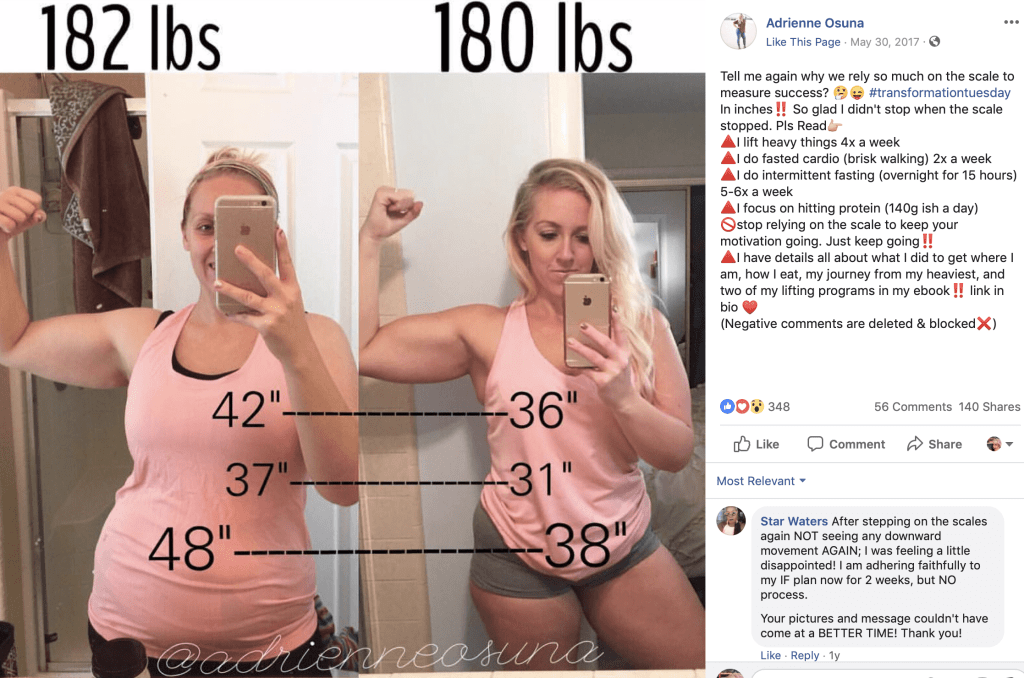 Adrienne Osuna is a fitness blogger and mother of four. She often talks about “being real” and has been open about her weight, how she eats, and her rigorous exercise schedule. Beginning her journey back in 2014, she found herself frustrated by the dreaded scale.

But one day, she had an epiphany.

“For the first time in forever I can say… I DONT CARE about the scale! I spent all 2015 frustrated trying to get out of the 180’s. I would literally get so mad at the scale i’d blow that whole day with my food and have a mini binging attitude.”

… I stopped weight watchers because they focus on the scale, I do Flexible dieting, I eat what I want (very low sugar for health), I eat 1763 calories a day, count my macros to hit those goals, (110 carbs 110 protein 98 fat because that’s what I FEEL best on). But I don’t freak out if I have an off day because I’m still in the gym almost everyday working hard.

So I finally realized, am I trying to lose WEIGHT or lose FAT?”

This set her off in a new direction, and she later posted this picture showing just how deceiving the scale can be. At 2 pounds down (per the picture), her physical transformation is incredible. 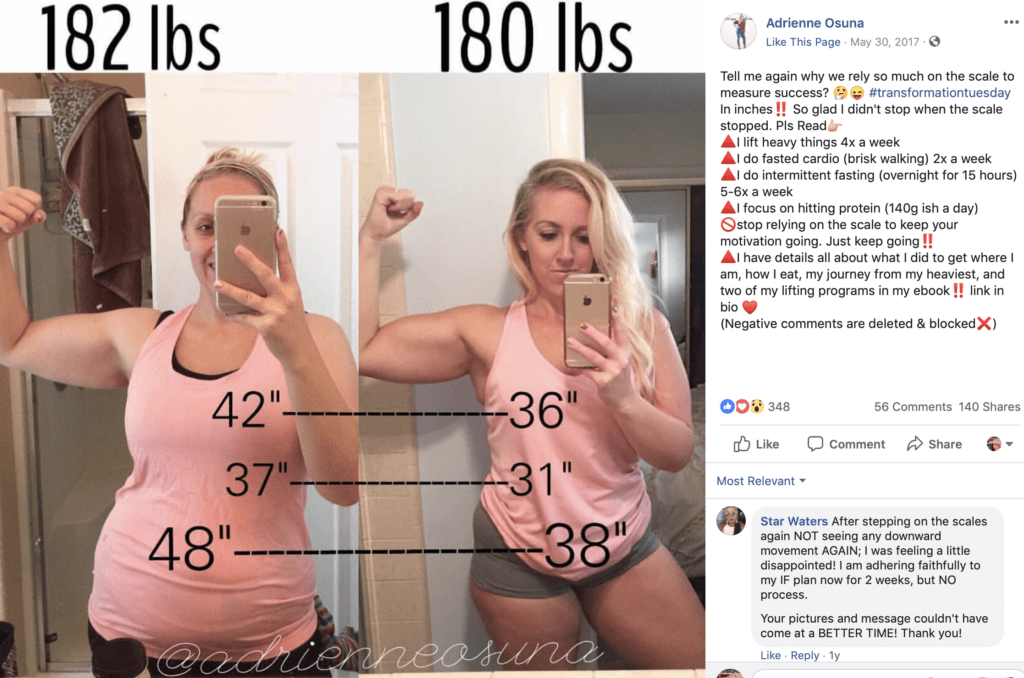 This photo was then copied from her blog and posted on every viral site! It even started showing up on advertisements for weight loss products.  She later made a statement revealing that in fact, she was only 1 pound down rather than 2. She needed to reclaim her image to show that this was all natural and achieved through hard work.

“But I DID NOT use anyone’s products to do this… This was all hard work in the gym lifting heavy weights and intermittent fasting. 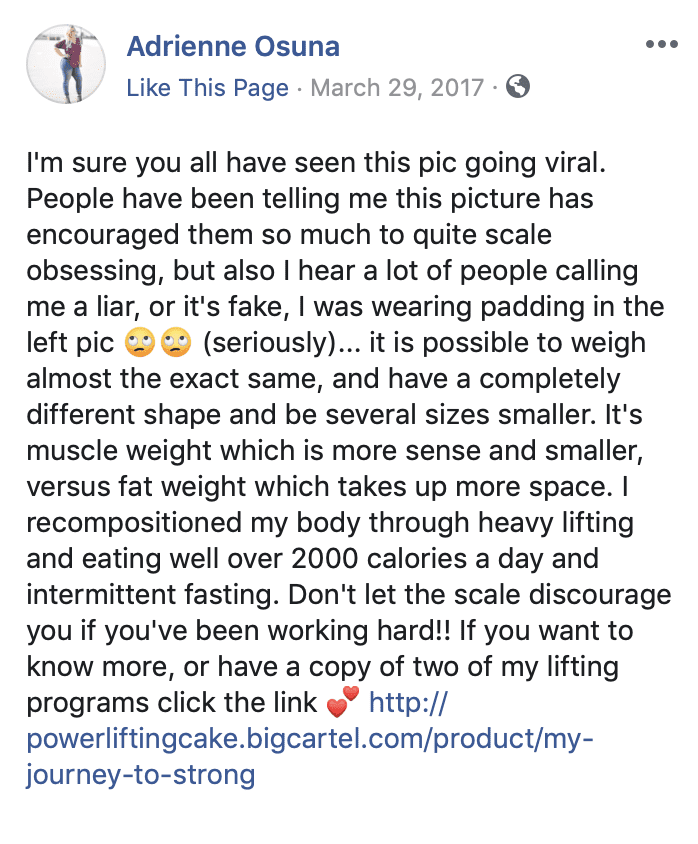 Many followers found it inspirational!

No one can deny that she looks great! Congrats to Adrienne for her incredible journey and teaching us that the scale doesn’t hold its “weight”.