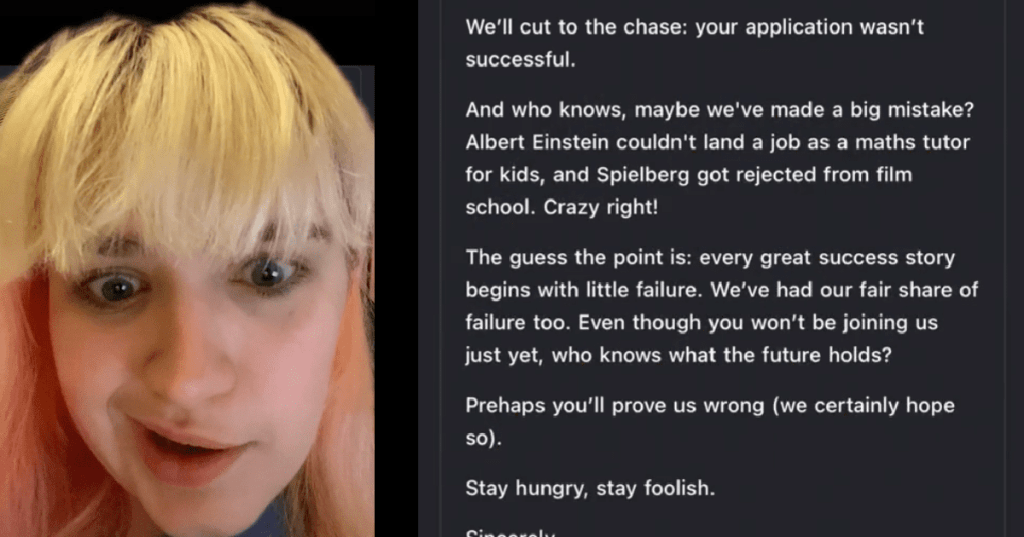 There are two ways you can look at the oversharing culture that has come part and parcel with social media – you can think it’s embarrassing to share intimate details from your life that you would normally have kept private, or you can find it refreshing to help others realize they’re not alone in the tough moments.

This woman must have decided to go with the latter after she took to TikTok to share a really, really epic job rejection letter. 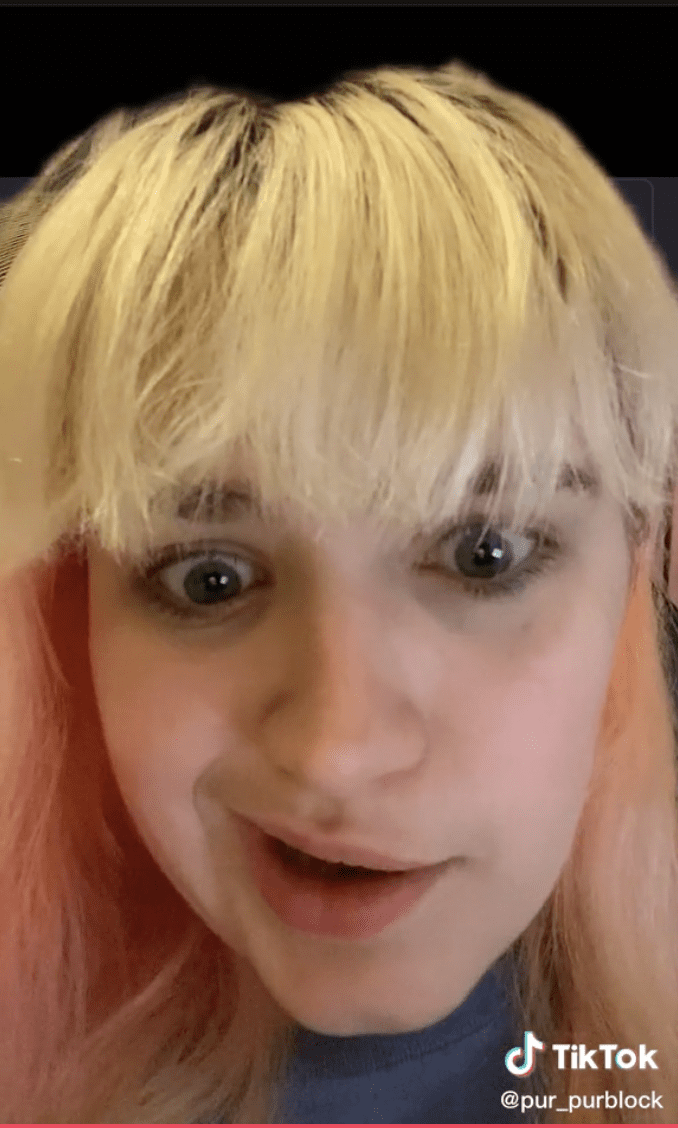 But I mean, the majority of us have been there, right? Searching for a job is rough, and it’s tough to decide whether a form rejection is worse than a super detailed one.

21 year old Tamsyn Fox was recently rejected for a job as a sound designer at a gaming company in England, and was initially bummed to learn she hadn’t gotten the job.

When she cracked open the “patronizing” rejection letter, though, she started to wonder if it wasn’t a blessing in disguise.

She basically had to take to TikTok for a “dramatic reading” of the “worst job rejection letter” she ever received.

“We’ll cut to the chase: your application wasn’t successful. And who knows, maybe we’ve made a big mistake? Albert Einstein couldn’t land a job as a maths tutor for kids, and Spielberg got rejected from film school. Crazy right?

The guess the point is: every great success story begins with a little failure. We’ve had our fair share of failure too. Even though you won’t be joining us just yet, who knows what the future holds?

Perhaps you’ll prove us wrong (we certainly hope so).

The reactions on TikTok ranged from stunned to confused to totally appalled by the terrible grammar, but the bottom line was definitely an agreement that Tamsyn was better off looking elsewhere for work. 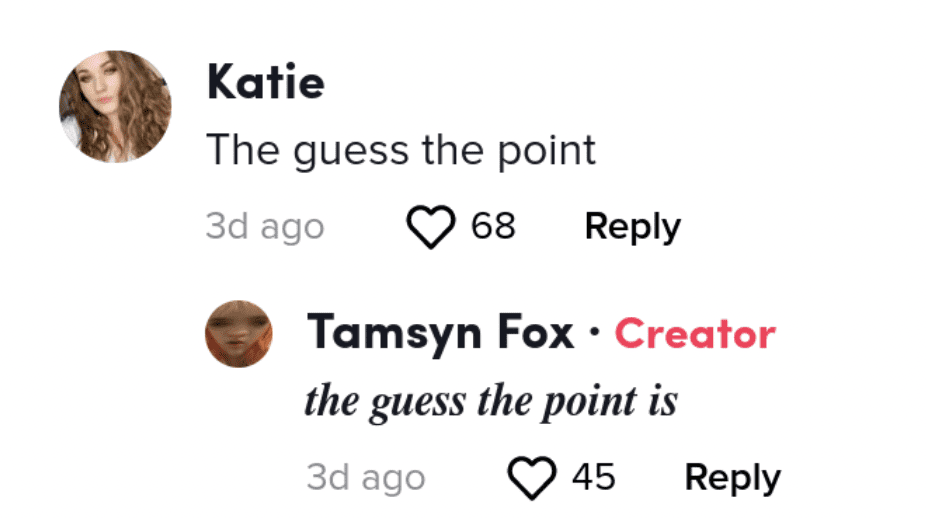 The funniest comments were how the email carried “big elder millennial energy,” right down to feeling as if the person writing it was rocking a “pair of skinny jeans.”

Man, does anyone else feel like skinny jeans went from popular to shunned in the matter of a week?

The bottom line is that if you’re writing rejection emails, you might want to shy away from patronizing, down-talking like this.

It’s bad enough you’re rejecting someone. You don’t have to talk to them as if they’re an idiot, too.