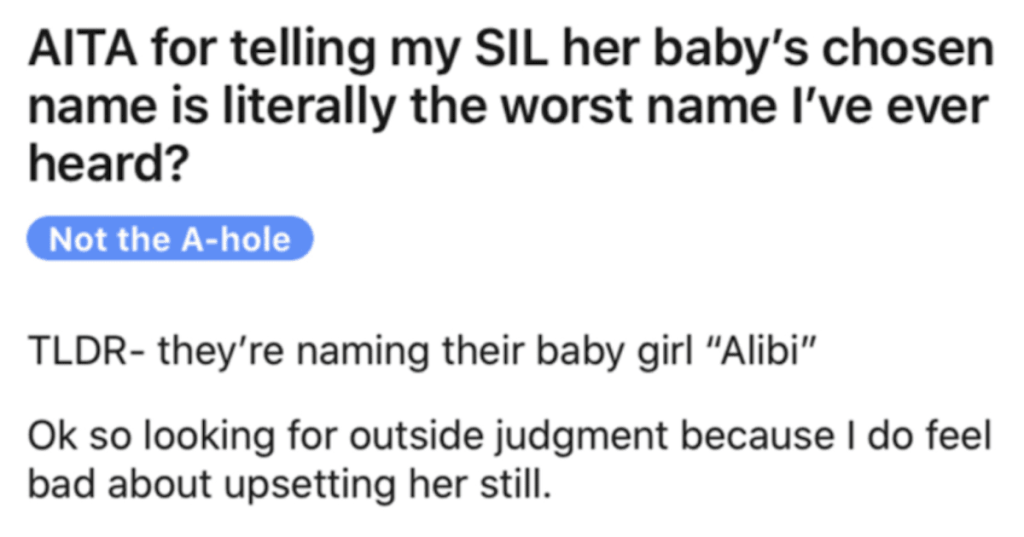 Would you name your kid Alibi?

Unusual baby names are all the rage and have been for a while, but unique does not necessarily mean good.

Kids that stand out due to their names are often bullied in school, and when they get older, many change their names to something more traditional.

In this story, when one woman decided to name her child Alibi, her sister-in-law could not contain her opinion. She tells the story about her family meeting on Zoom to hear the news. 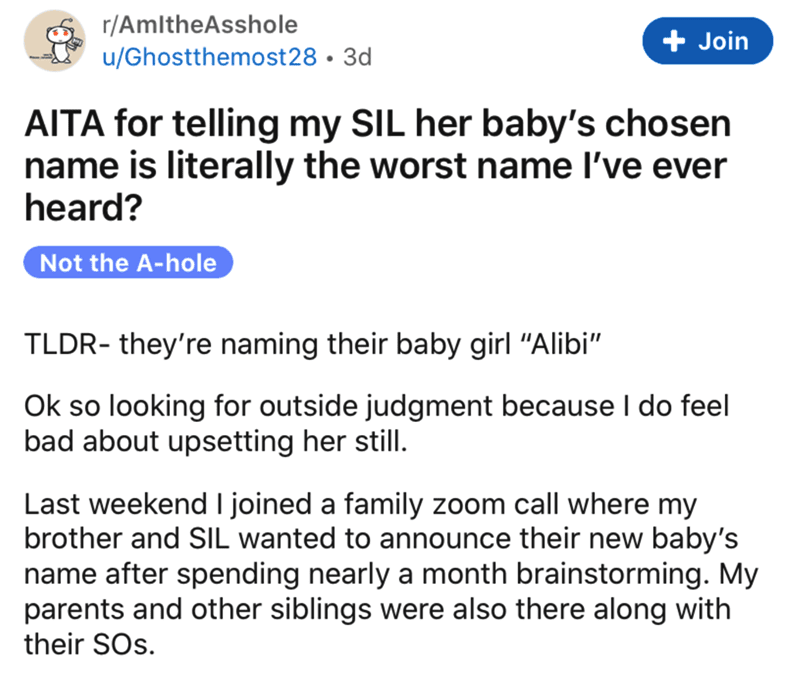 When the woman made the announcement and how she came to the name, everybody sat in stunned silence, too afraid to say anything.

Her sister in law tried to stay silent but couldn’t. 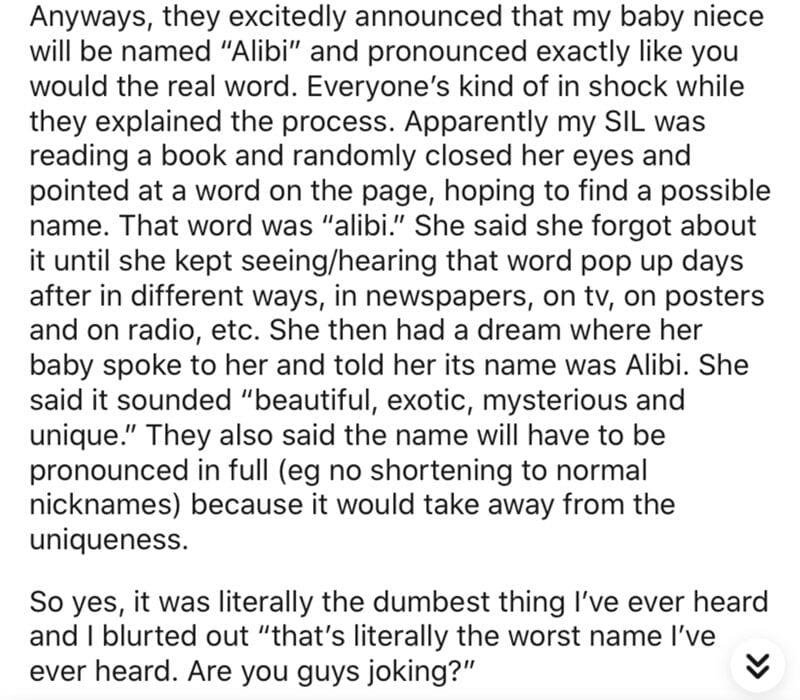 The parents-to-be were not happy, and other family members asked to apologize and agree that the name was a good one.

She could only honor half that request. 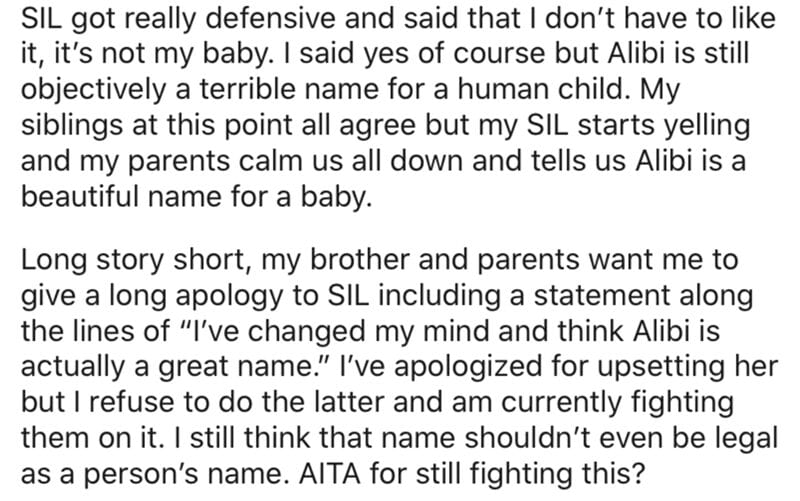 Redditors commented overwhelmingly that the name was horrible. 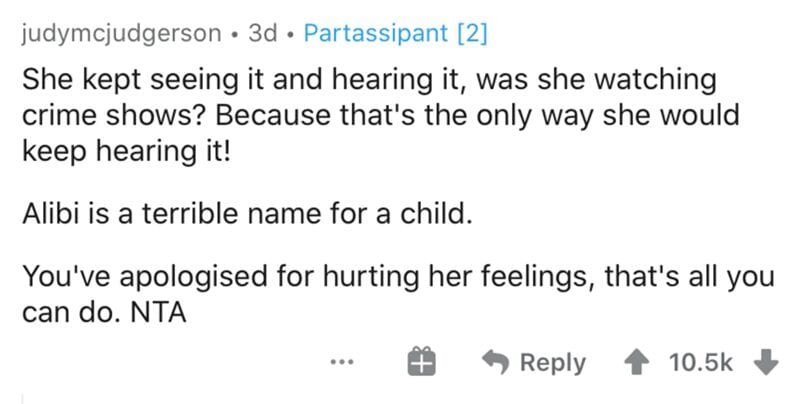 One Redditor said (justifiably) that the kid would be bullied throughout life because other kids can be pretty brutal when they meet someone different. 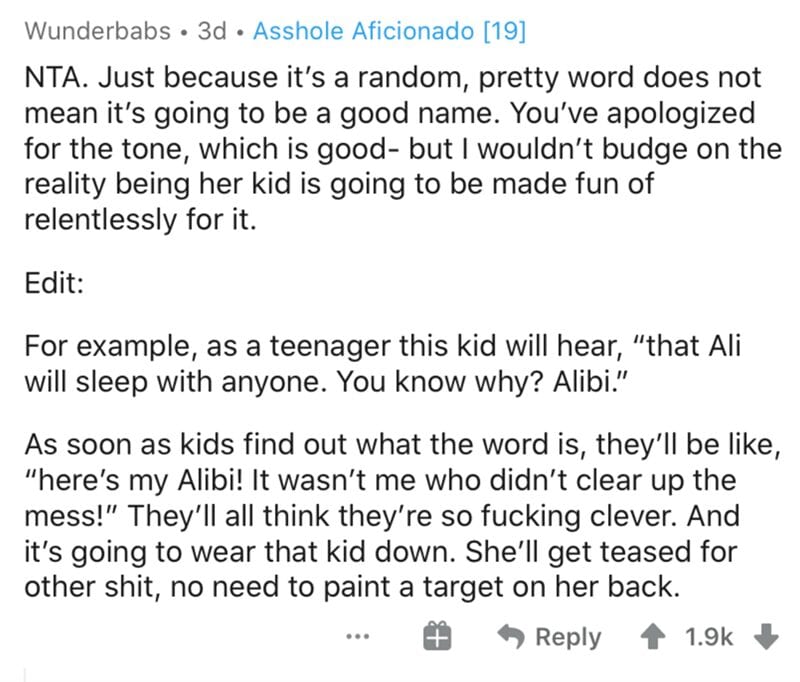 Another person agreed, saying the parents weren’t thinking clearly about the impact it would have.

One guy recalled meeting someone he knew with an unusual name.

Forget about what being a kid would be like—what about being an adult with that name?

Someone also came up with a better way for her to smooth things over. 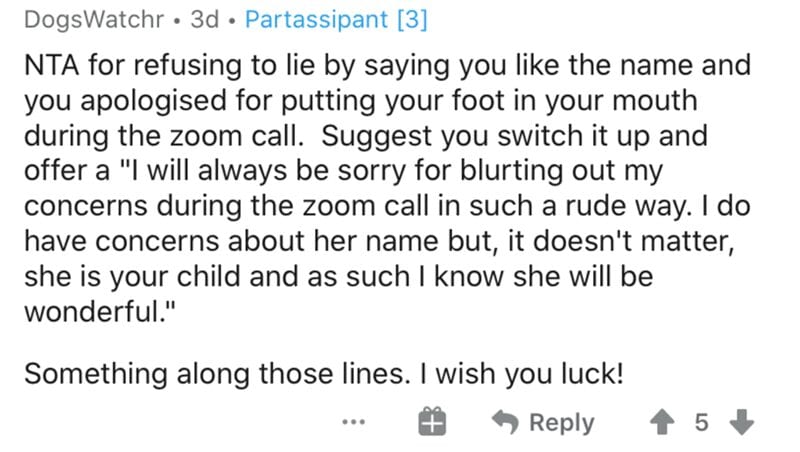 If you had a friend or family member who wanted to name their kid a weird name, would you feel comfortable saying something?