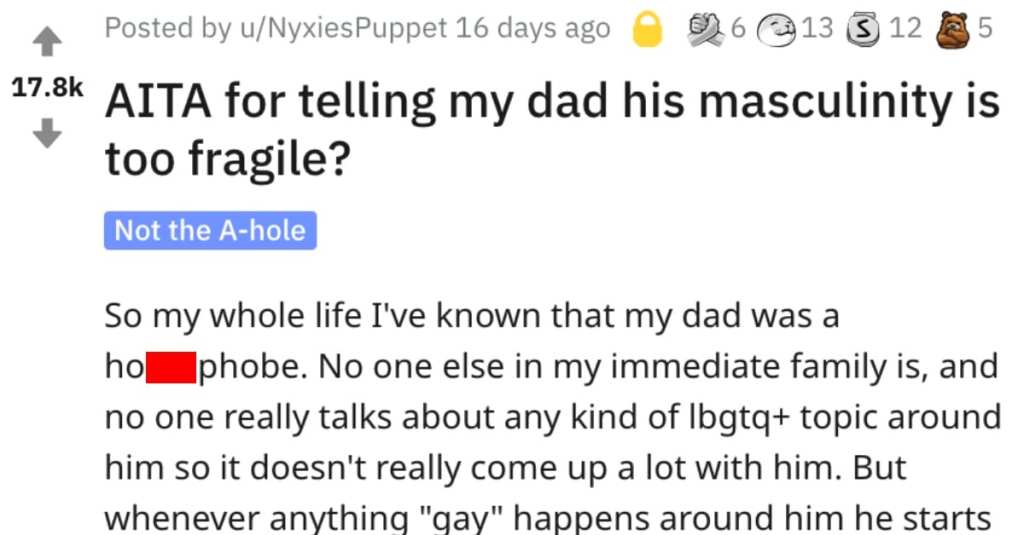 Woman Told Her Dad His Masculinity Is Too Fragile. Is She a Jerk?

Oh, here we go with another story about an older man’s fragile masculinity.

And in this tale, a woman asked people on Reddit’s “Am I The A**hole?” page if she was wrong for telling her father that he was suffering from a bit of fragile masculinity.

Read on to find out what she said and how folks responded to the situation on Reddit.

AITA for telling my dad his masculinity is too fragile?

“So my whole life I’ve known that my dad was a homo**obe.

No one else in my immediate family is, and no one really talks about any kind of lbgtq+ topic around him so it doesn’t really come up a lot with him. But whenever anything “gay” happens around him he starts on a small rant.

So anyway. After living with this my whole life, I am now 24(F) and I have a one year old little girl who LOVES the Wiggles (a kids show). Sometimes when I’m visiting my parents we’ll (me and my mom) turn on Wiggles for her on Netflix and it keeps her entertained while we visit.

My dad is always commenting on how he doesn’t like the wiggles and its creepy. I usually ignore him but yesterday I decided to ask why. And he said “Because, to sing and dance and smile like that as a full grown man, you have to be gay. That’s not the kind of people you want around kids.”

I was kind of in shock at what he said and I was like “its just something funny and colorful for the kids.” I dont even remember what he said afterwards but it was another gay comment and I said “well maybe their masculinity isn’t as fragile as yours.”

My mom laughed at my comment but my dad was less than amused and was in a really bad mood and snapping at everyone so I decided to leave early. My mom told me he’s still mad this morning and that I really shouldn’t have said anything because “I know how he is.”

She also told my sister about it who texted me to tell me I should be more respectful to our dad (she’s always been a daddy’s girl) and basically that I was being an AH.

Here’s what folks had to say.

This reader said that the woman was not to blame for her comments and that the father should probably be prepared for this kind of backlash once in a while. 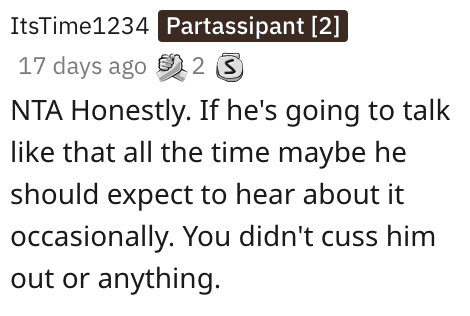 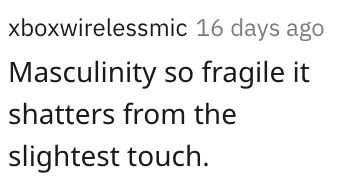 This person said that she shouldn’t feel bad about what she said and she needs to keep calling him out for his language and his behavior. 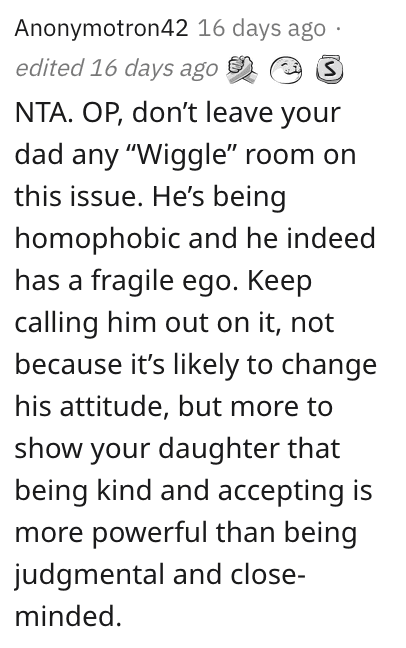 Finally, this person said that the woman’s father just sounds toxic in general.

And that her mother is someone who has almost given up on any kind of backlash. Doesn’t sound like a very pleasant situation… 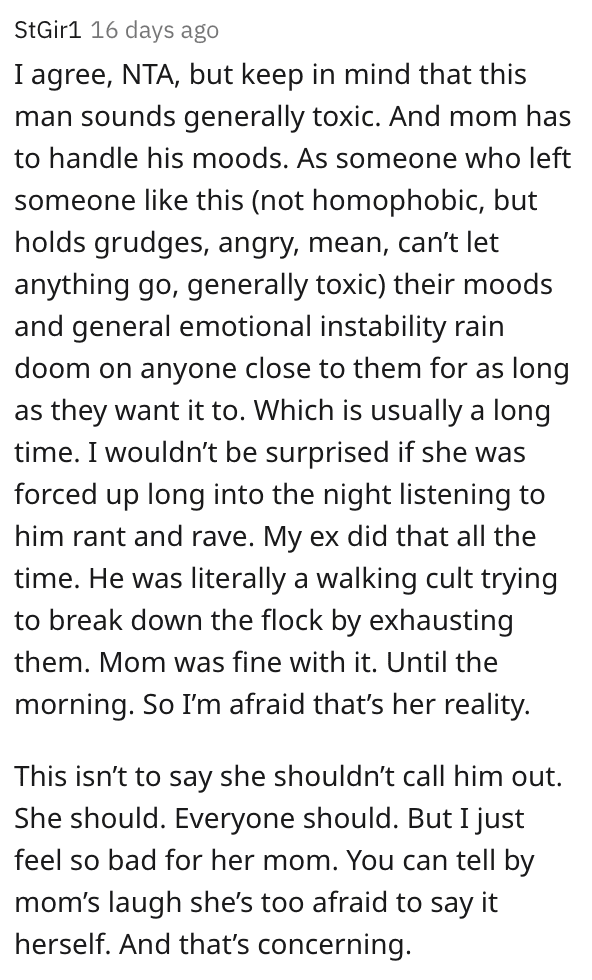 Do you think this woman went over the top with her comments?

Or was she right on?