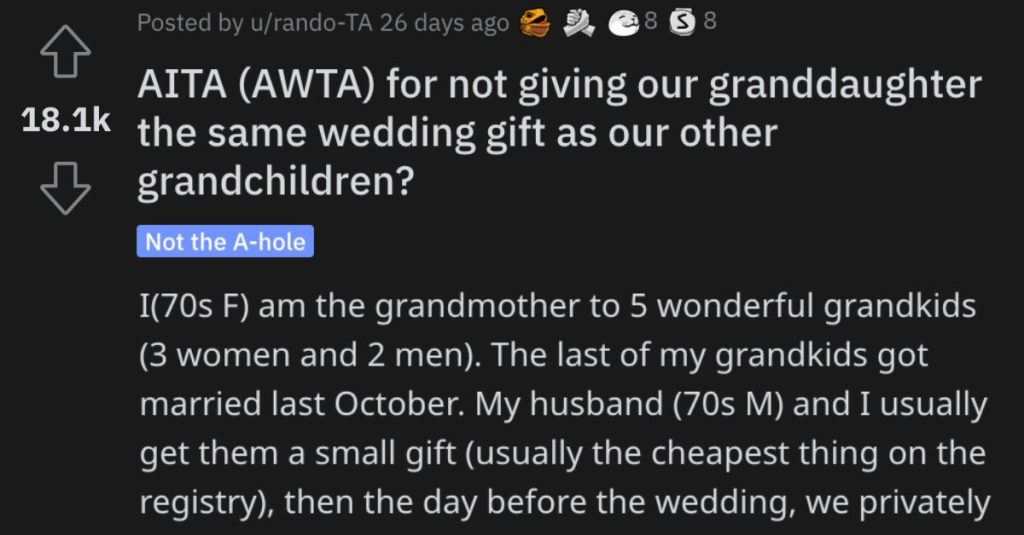 Wedding gifts can lead to some serious emotions…and I mean good AND bad.

And in this story from Reddit’s “Am I the A**hole?” page, it sounds like things went sideways in a hurry.

AITA (AWTA) for not giving our granddaughter the same wedding gift as our other grandchildren?

“I (70s F) am the grandmother to 5 wonderful grandkids (3 women and 2 men). The last of my grandkids got married last October.

My husband (70s M) and I usually get them a small gift (usually the cheapest thing on the registry), then the day before the wedding, we privately gift them a check for $40k, we prefer that they use it for a house, but we don’t force them to do so. We also ask them to keep it private (we have a big extended family, and we don’t want them to expect it from us). They all honored this request.

When it came to our youngest granddaughter, we bought her an air fryer (that was the cheapest thing on the registry) and sent it in advance. Then she called us furious, she went off on us for being cheap and how she knew we had money, but that we did not love her enough to show it by getting her something more expensive.

We were horrified by her behavior, then she went ahead and threatened to disinvite us if we didn’t get her a better gift. We discussed it, bought her a China set, but we did not give her the money that was set aside for her. We decided that she did not deserve it.

Fast foreword to last week, she met up with her brother, they got to talking and she found out about the cash gift that he got. She asked her cousins and found out all of them got the same gift. She called us furious for discriminating against her. We told her that it was our money, and after how she behaved, we did not want to give it to her.

She started crying, said that she was just extremely stressed, and that we shouldn’t have taken it to heart. We told her that we stand by our decision. Now she is refusing to attend Christmas, and her mother (our DIL) is calling us AHs.

Check out how folks responded to this story on Reddit.

One person said she’s NTA and that her granddaughter sounds spoiled. 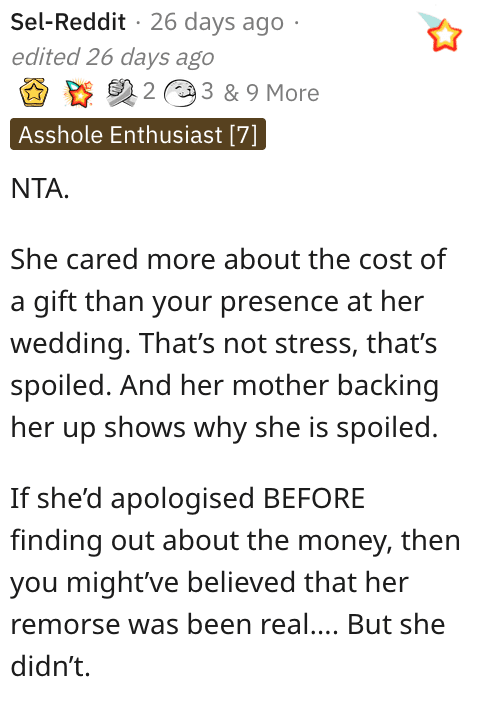 Another reader said her granddaughter is rude and entitled.

And this individual said she’s NTA and that people’s expectations amaze them. 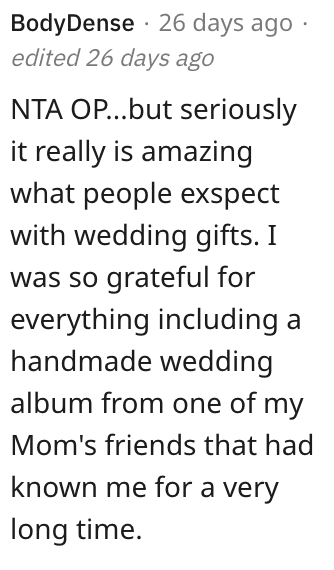