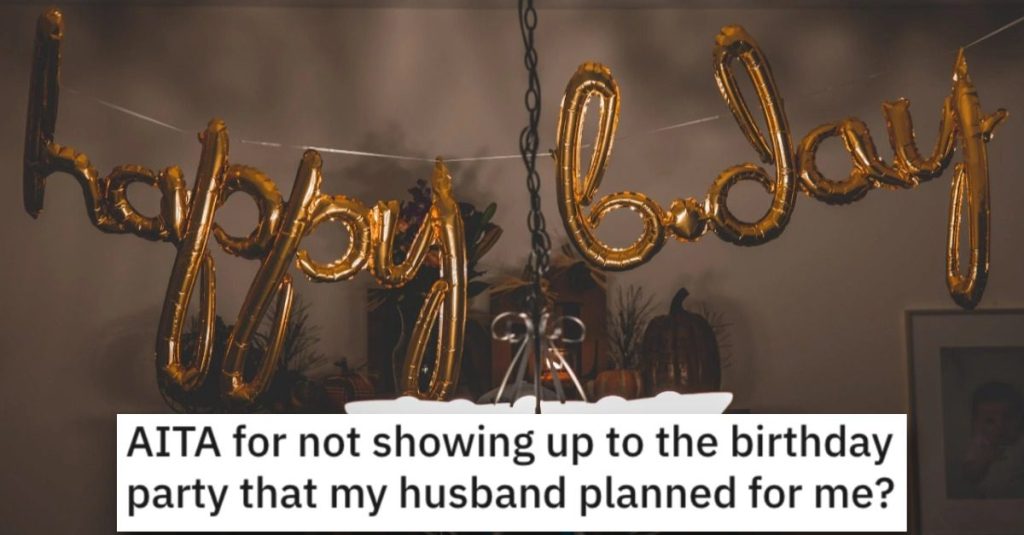 Let me ask you a question…

Have you ever NOT shown up to a wedding that was planned specifically for you?

But this woman did…and now she wants to know if she acted like an a**hole.

Read on to get the whole story!

AITA for not showing up to the birthday party that my husband planned for me?

“So, my husband is a jokester and a prankster. He has a habit of pulling pranks especially on my birthdays!

He judges my reactions as “overreactions” and says I should loosen up and be extra happy because he thinks he’s making my birthdays extra funny. But it actually upset me and put me in a position where I get laughed at and recorded by his family.

He planned for my 26th birthday this past week, which was held at a restaurant. I told him I wouldn’t go if he was going to pull one of those pranks he’s famous for because it’s a public place and I did not want to be publicly humiliated. He swore on his mom, on the bible, promised me and brought two witnesses. Wrote an agreement stating he’d pay $ money if he pulled a prank. I believed him and said that I’d go. I had to cancel with my parents who wanted to celebrate at their house.

The day of my birthday, I got a text from one of his friend’s wives telling me she heard him tell her husband about the prank he was going to pull on me at the restaurant. I was stunned as she detailed what the plan was going to be. I felt so upset and anxious. He already went ahead and got to the restaurant to make sure all was set.

I ended up deciding to not go. He started calling then texting asking where I was and saying the party was going to start without me. I turned my phone off and went to my parents house and had a small party there.

I went home at 7pm and found my husband there fuming at me, He lashed out asking why on hell did I not show up to the party after he put money, time and effort in it. I told him why and he called his friend’s wife a liar and reminded me of all the promise he made and accused me of not trusting his word.

I said I couldn’t take the chance and risk having him basically ruin another birthday of mine. We had a huge argument then he starred giving the cold shoulder, while pointing out how I embarrassed him and wasted his time and money by not showing up.” 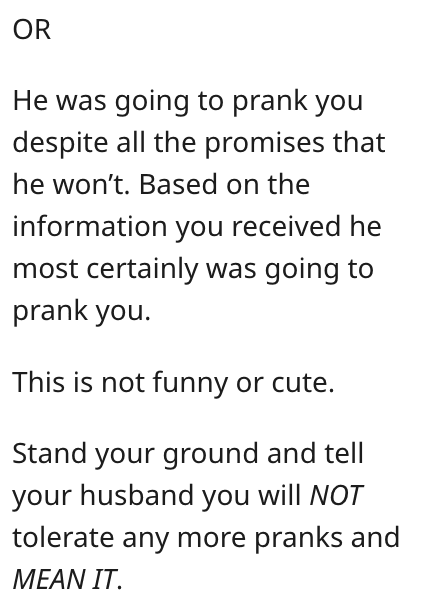 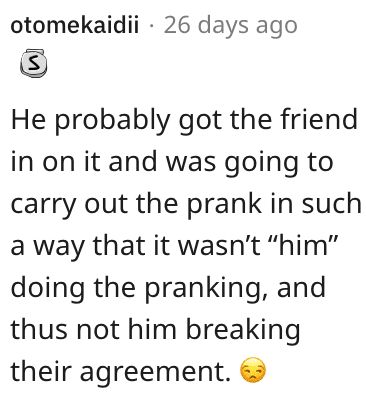