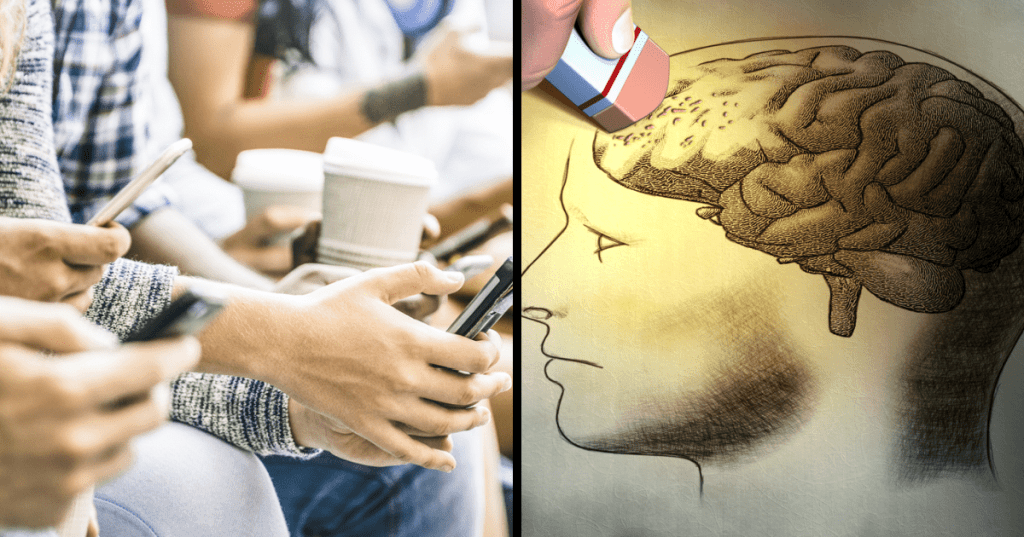 Yes, Your Smartphone Could Be Messing With Your Mind

Depending on your level of susceptibility to conspiracies, you might have already accepted the fact that smartphones and other devices are probably killing us slowly.

Or turning us into zombies or mindless government drones – pick your poison.

If you’re wondering whether or not science agrees that our phones could be affecting things like our memory, well, read on…though the answer may not make you feel any better.

People complain all the time about not being able to remember things, and there has been speculation for some time that smartphones and other devices are making this worse with their endless distractions and the ability to set a digital reminder for anything and everything. 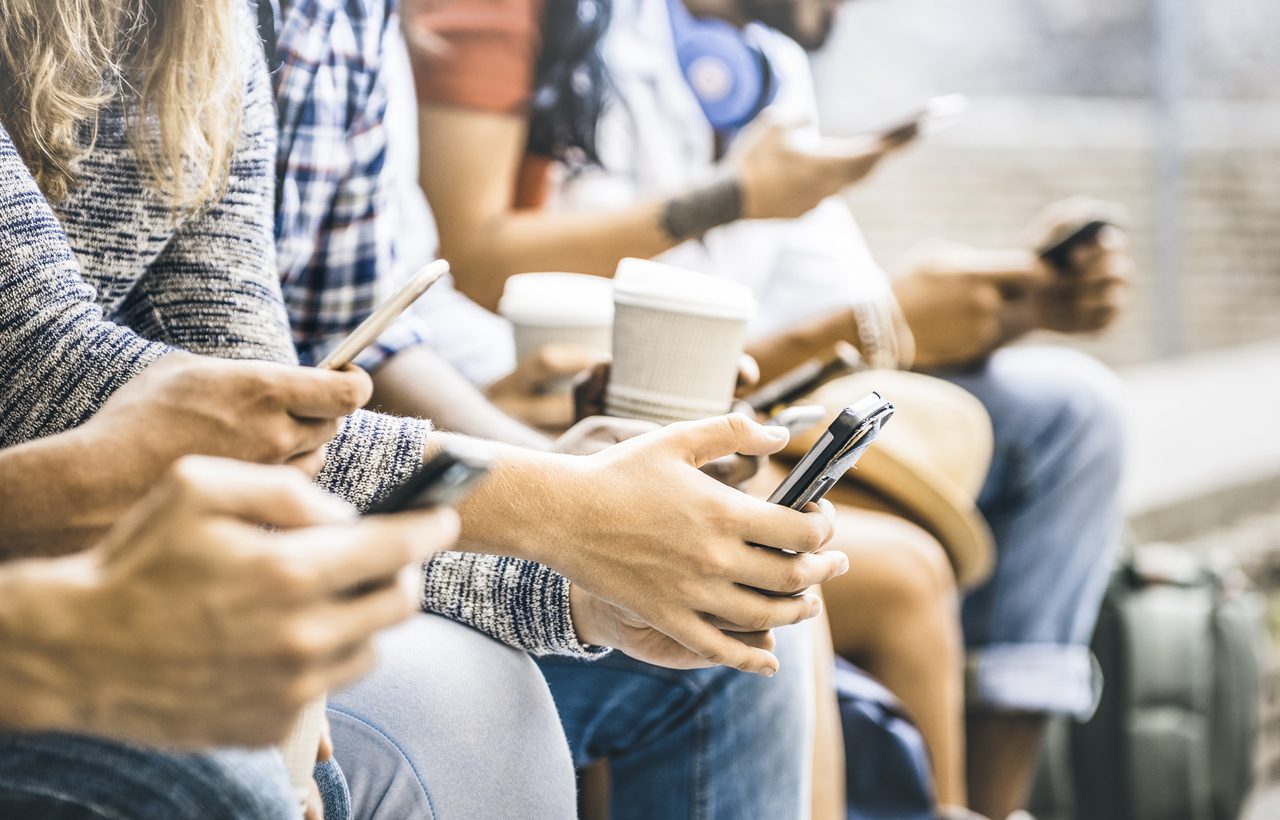 There’s no doubt things have changed. We no longer have to remember things like phone numbers and addresses because they’re always right there in our hands, and even things like the names of movies and the year we studied abroad are easily accessible – so why bother to memorize them.

It’s harder to say, though, whether the smart devices are actively ruining our memory or if our brains are no longer concerned with those things for good reason.

In addition, prolonged periods of stress, isolation, and exhaustion have well-documented negative impacts on memory, and we’ve all experienced plenty of that since 2020.

Memory researcher Catherine Loveday reported in 2021 that 80% of people felt their memories had declined with the pandemic. She and others also believe the national and global news cycle also plays into our distress, and our tendency to self-soothe by scrolling social media – with its constant barrage of notifications to stop and check – does seem to affect how and if we remember things as well.

Chris Bird, a professor of cognitive neuroscience at the University of Sussex, thinks using our devices to hold certain memories for us is fine, and frees us up to think about other things.

“We have always offloaded things into external devices, like writing down notes, and that’s enabled us to have more complex lives. I don’t have a problem with using external devices to augment our thought processes or memory processes. We’re doing it more, but that frees up time to concentrate, focus on, and remember other things.”

He also believes that the kinds of things we use our devices to help us recall are things our brains might not remember anyway. 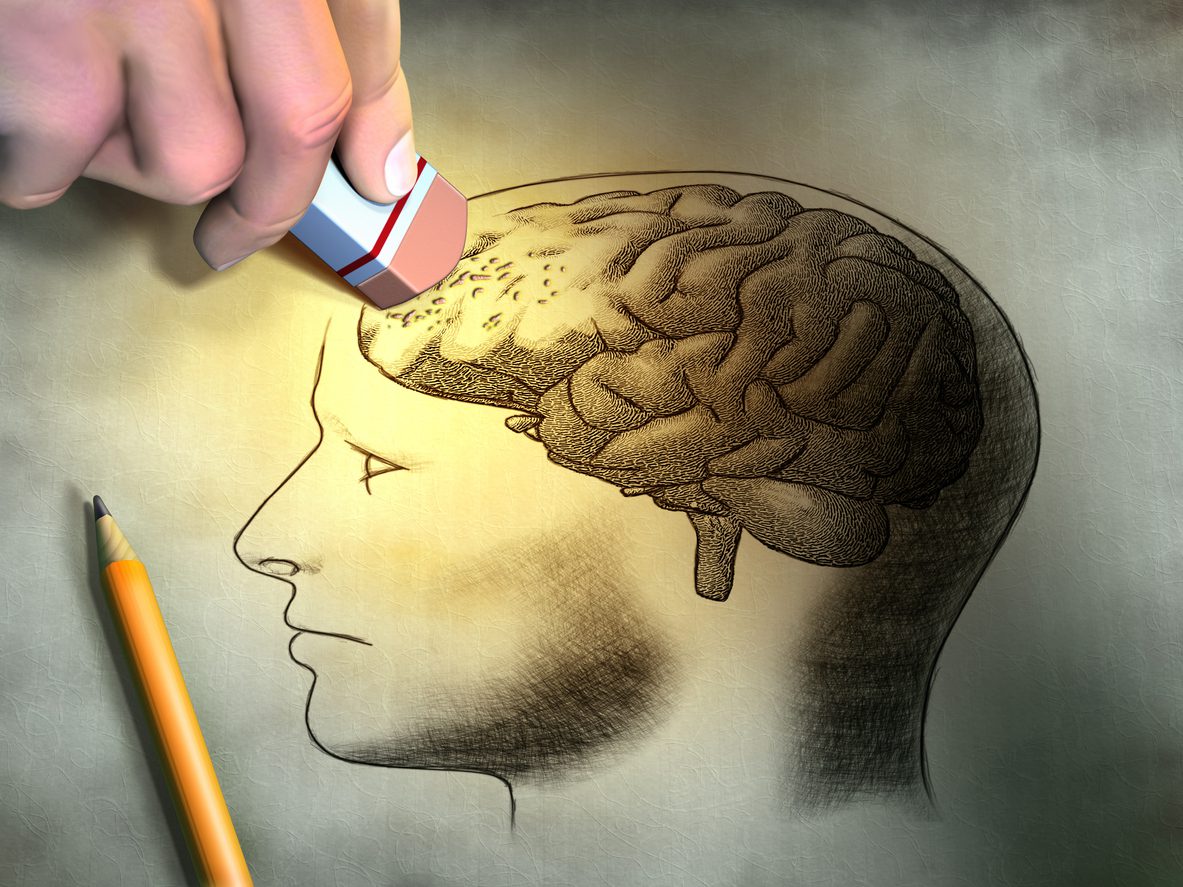 “I take a photo of my parking ticket so I know when it runs out, because it’s an arbitrary thing to remember. Our brains aren’t evolved to remember highly specific, one-off things. Before we had devices, you would have to make quite an effort to remember the time you needed to be back at your car.”

Other neuroscientists, like professor Oliver Hardt of neurobiology at McGill University, think we should be more cautious.

“Once you stop using your memory it will get worse, which makes you use your devices even more. We use them for everything. If you go to a website for a recipe, you press a button and it sends the ingredient list to your smartphone. It’s very convenient, but convenience has a price. It’s good for you to do certain things in your head.”

One of the conveniences he’s particularly suspicious of is GPS.

“We can predict that prolonged use of GPS likely will reduce grey matter density in the hippocampus. Reduced grey matter density in this brain area goes along with a variety of symptoms, such as increased risk for depression and other psychopathologies, but also certain forms of dementia. …When exploring the spatial capacities of people who have been using GPS for a very long time, they show impairments in spatial memory abilities that require the hippocampus.”

Though the data isn’t there yet, scientists like Hardt believe we could see a sharp increase in dementia in the coming years as a result of not using our minds enough on a daily basis.

Other researchers, like Wendy Suzuki, worry that because devices pull us away from the moment, we’re less likely to recall specific experiences properly and could negatively impact our ability to be creative.

“If we can’t remember what we’ve done, the information we’ve learned and the events of our lives, it changes us. The part of the brain which remembers really defines our personal histories. It defines who we are.”

Catherine Price, who wrote How to Break Up With Your Phone, agrees that there is reason for concern. 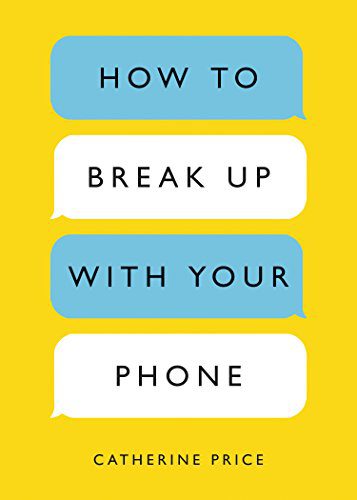 She’s less worried about outsourcing small tasks, though, than she is about what she calls “continuous partial attention.”

“Let’s be real with ourselves: how many of us are using the time afforded us by our banking app to write poetry? We just passively consume crap on Instagram. What would have happened if Benjamin Franklin had Twitter? Would he have been on Twitter all the time? Would he had made his inventions and breakthroughs?”

No one has thought to measure our level of intellectual creativity or whether or not it’s falling off, but Price isn’t alone in believing they could be harming our insightful and creative abilities.

Psychologist Larry Rosen, who co-authored The Distracted Mind: Ancient Brains in a High-Tech World, agrees that “constant distractions make it difficult to encode information in memory.” 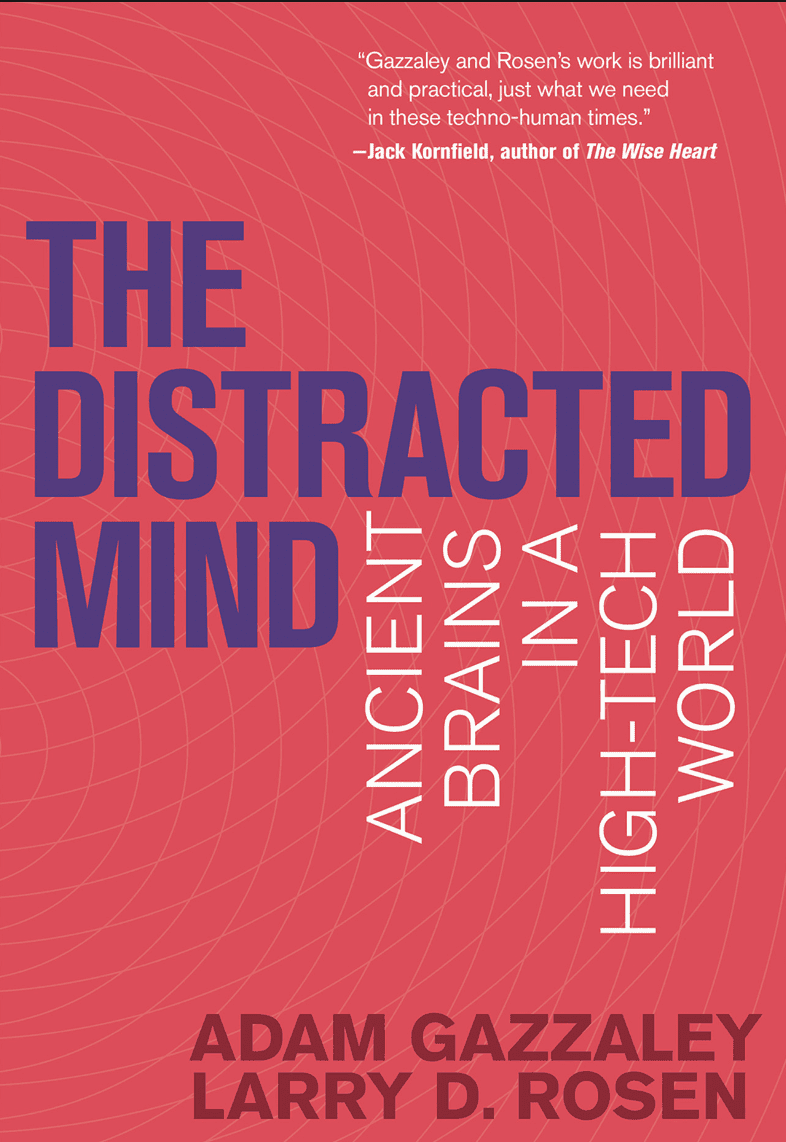 According to an ongoing ABCD study, which tracks over 10,000 American children through life until adulthood, smartphones are definitely changing our brains.

“It started by examining 10-year-olds both with paper and pencil measures and an MRI, and one of their most interesting early results was that there was a relationship between tech use and cortical thinning. Young children who use more tech had a thinner cortex, which is supposed to happen at an older age.”

Cortical thinning is associated not only with aging, but with degenerative brain diseases like Parkinson’s, Alzheimer’s, and migraines.

The question of what to do is an interesting one, because for most of us, getting rid of our smartphones altogether isn’t an option. Some suggest taking short, timed breaks throughout the day instead of any kind of attempt to go cold turkey.

Price, who founded Screen/Life Balance to help people manage their phone use, has some tips and tricks, too.

“If you think your memory and focus have got worse and you’re blaming things like your age, your job, or your kids, that might be true, but it’s also very likely due to the way you’re interacting with your devices. …And it’s really easy to do your own experiment and see if it makes a difference. It’s great to have scientific evidence. But we can also intuitively know: if you practice keeping your phone away more and you notice that you feel calmer and you’re remembering more, then you’ve answered your own question.”

So, is it time for you to do some experiments of your own at home?

I think I’m going to check into it, because maybe these crazy kids and their schedules isn’t (all that’s) to blame for my failing memory – who knew?