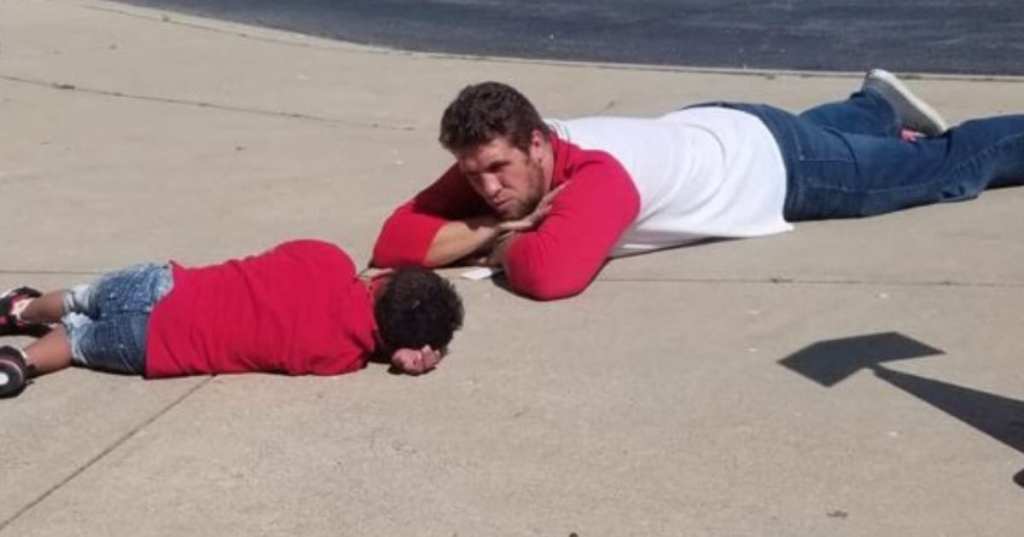 We all know what it’s like to have a tough day.

At least once a week I just want to curl up in a cocoon, which is why the story of an assistant principal who went above and beyond when his student had had enough hit home with so many people.

LJ Compton, an 8-year-old living with both Down Syndrome and Autism, is usually bright and energetic.

He’s a very happy kid. If he’s not smiling or laughing then, which is most of the time, but there’s something’s really wrong.

The Comptons live across town from LJ’s Ohio elementary school, but they don’t mind the drive.

They know that at Garfield, people have LJ’s back, no matter his mood.

As Steph explained in her Facebook post, which later went viral and has now been shared over 700 times, LJ was “having a moment.”

The third grader got frustrated waiting for the school bus that was running late, so he laid down on the ground.

“And Mr. Smith came out and got down on the ground with him and was hanging out with him until the bus came. That is really cool.”

The picture of school administrator Jon Smith, lying on the ground to talk to the boy and make sure he was okay, was taken by a colleague, Amber McKinniss.

She then sent to LJ’s mom because:

“It melted [my] heart, and LJ enjoyed it… It was the most amazing thing I’ve seen!”

Steph definitely agreed and posted the picture in part to share why she loved the school so much, and to make sure that Mr. Smith received the recognition he deserved.

“It’s really awesome to know from a parent’s standpoint, that there are people that care that much about your child. To get down on the ground, and lay on the ground with them to make sure that they’re [all right].”

Over a hundred commenters agreed with the happy mom:

Hopefully we’ve all had a teacher like that–who cared enough to get down on our level and make everything okay.

If not, maybe we can be that person for somebody else.