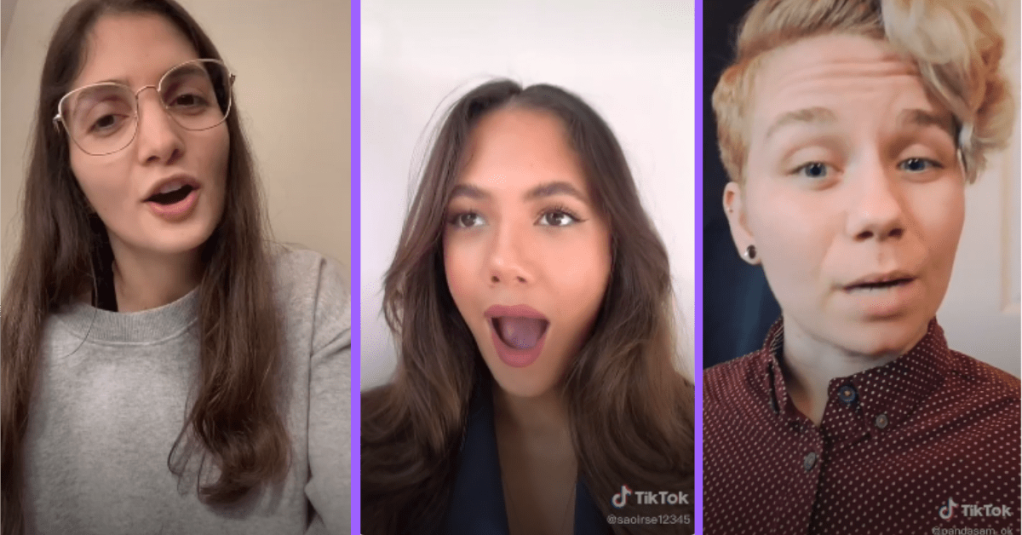 We all have moments when we wish that we’d said or done things differently. Some of us will even have the pleasure of reliving those not-so-finest-hours on an endless loop during sleepless nights for years to come. But what about those times when we DO do the right thing?

We don’t tend to celebrate those often enough.

That’s why TikTok user @heysheybae took to the video platform to share those empowering stories and celebrate each other together.

She starts her 2-part video by saying:

“Girls, tell me about a time where your quick thinking probably saved your life. I’ll go first.

She then goes on to tell a story about a man who approached her in the park and asked to take a picture of her dog. After a moment, she realized he wasn’t taking the picture of her dog, but of her address on the dog’s collar.

Watch how she tells the story:

What if I didn’t realize what he was doing? #fyp #safetyprotocol #womensafety #foryou #storytime #feminism #foryoupage

So anyway, she chases the guy down, demanding that he delete the picture from his deleted items folder.

Here’s what happened next:

Part 2! I just want to say: women should be allowed to walk outside free from fear & harm, day or night #fyp #safetyprotocol #womensafety #foryou

Just in case the video doesn’t play… here’s what she said.

What if I hadn’t noticed that he took a picture of my address?

And what if I went home that day, and, you know, that night when I took my dog out to pee he was outside waiting for me?

Moral of the story, ladies, don’t take no for an answer, and don’t be afraid to press someone when you’re in a relatively safe environment, in order to prevent something unsafe from happening later.

Lots of users responded to this video, with many of them sharing their own stories of plucky escapes.

There was @pandasam_ok who was pretty sure that she and her girlfriend almost became an episode of Unsolved Mysteries during a camping trip:

#stitch with @heysheybae always tell somebody when and where you go camping! #creepymen

That one really gives me the willies.

And I was actually shocked by the number of young women who believed they had almost been kidnapped.

User @paigelayle told a story about the time she almost got snatched leaving the gym:

#stitch with @heysheybae stay safe and be paranoid! it might save u! #fyp

And @echosinklive told a story about an encounter in a bathroom at Disney!

This disturbing 3-part story from @saoirse12345 really takes the cake.

She was out on a date and ended up encountering a very creepy man at the bus stop.

When she and her date decided to part ways because his Uber came first, things got really uncomfortable.

But she kept her head and played it cool.

Then her stranger-danger radar went off when the guy started to invade her space, and she quickly came up with a plan.

What I think these stories all have in common is that if you stand up for yourself and challenge the guy, and show that you’re on to him before he gets a chance to take advantage of you, a lot of times he’ll back down.

So keep your wits about you, ladies. And stay safe out there.

Do you have a story of quick-thinking? Tell us in the comments!