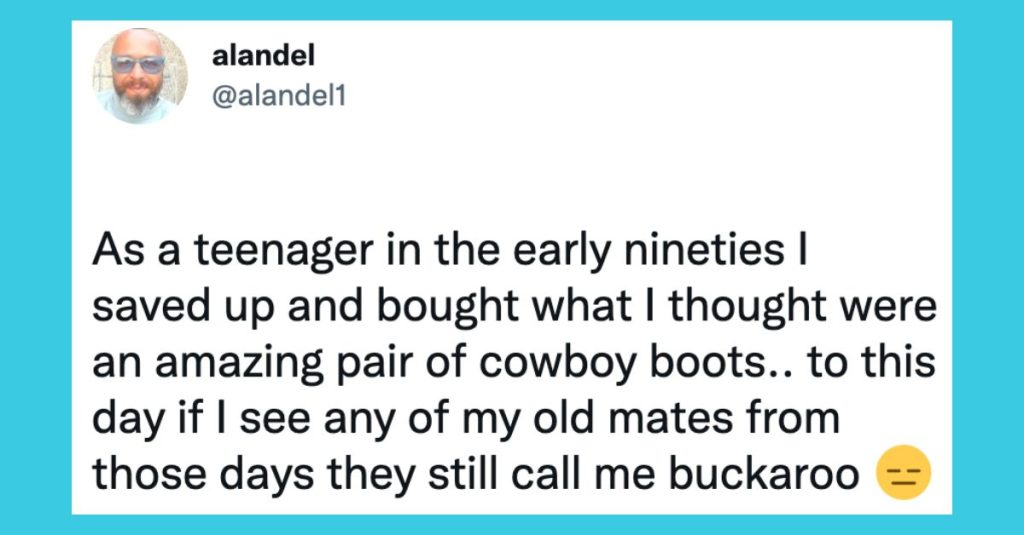 10 People Who Got Roasted for Silly Nicknames

Some people have cool nicknames and some don’t…it’s just the way life goes.

Think about it this way: would you rather be called Lazer because you are awesome or have folks call you Dips**t because you’re not too bright?

I think you know the correct answer…

Check out these funny tweets about people who had pretty silly nicknames.

Years ago when I worked in a large office I used the word ‘trebuchet’ during a conversation with a colleague about castles, was overheard by the obligatory office wankers and henceforth became known as ‘Mr Words’.

There is a chap in our village whose nickname is ‘college’ – because he went to college.

3. Wearing it with pride.

I am a non-native English speaker working in a law firm. I have a better grasp of grammar than most of my colleagues and occasionally get called “Dictionary Corner”. I wear it with pride.

At least you sound healthy.

Once at a YMCA cafeteria in Nottingham, I asked for, “Just a plate of roast parsnips,” and was thereafter Mr Parsnips.

That was a big mistake.

As a teenager in the early nineties I saved up and bought what I thought were an amazing pair of cowboy boots.. to this day if I see any of my old mates from those days they still call me buckaroo ?

Another lad in the class wore a coat with a furry hood. He’s still known as Eskimo to this day.

The guy who dared slick back his hair once…. Gringo

Came back home with a jacket I bought in Manchester thinking I was cool…first pub I walk into…. “If it isn’t Sgt.Pepper” pic.twitter.com/sqkwQKzBSg

That took a while.

I once wore a red and white striped jumper to the dentist and a kid loudly and excitedly whispered to her mother “Found him!”

10. Problems with the spaceship.

Take me to your leader.

I once wore a silver jacket to college, turned up late for class, said ‘sorry I’m late’, lecturer said, ‘that’s ok’ then waited til I was halfway across the front of the full class before following up with ‘trouble with the spaceship again was it?’.

And how did you get it?