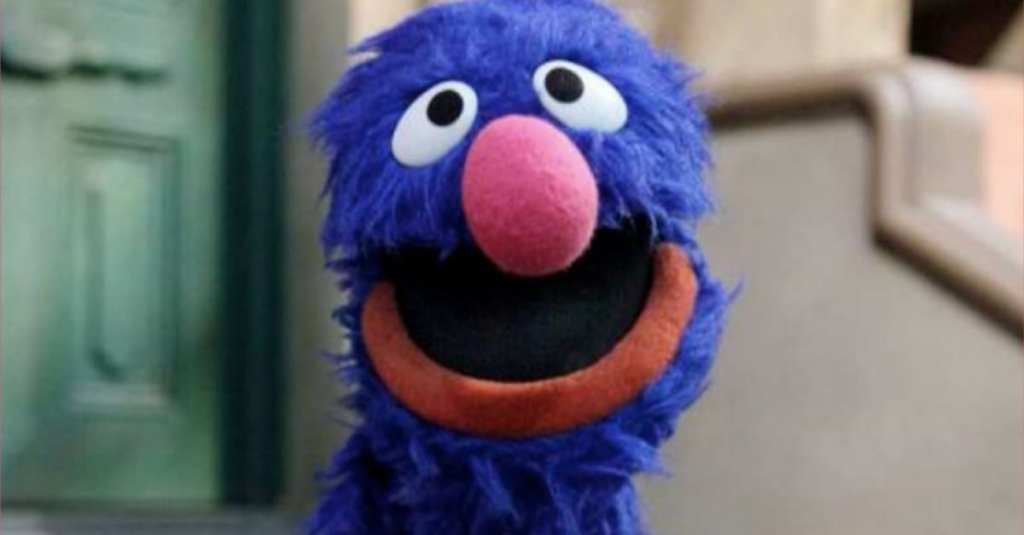 Generations of kids have grown up watching Sesame Street.

I mean, we ALL know Grover, right?

For the true fans, there was also the delightful 1971 Little Golden Book starring Grover entitled The Monster at the End of This Book.

It was written by Jon Stone and illustrated by Michael Smollin.

Not only did the book inspire children and future writers, but it spawned a Twitter thread several years ago that delighted fans of a certain age.

There is a MONSTER at the end of this Twitter conversation. pic.twitter.com/h9CnQ2qu

On this, the 50th anniversary of The Monster‘s publication, here are 13 fascinating facts about the book and its creators.

Who better than one of the original producers and screenwriters to write a book for Grover?

According to Mental Floss, after working on Captain Kangaroo:

“Stone was one of the original team of producers recruited by Sesame Street co-creator Joan Ganz Cooney to develop a trailblazing kids’ show that would be as educational as it was entertaining.”

2. Not only that, but Jim Henson was his idea

Grover, and really the most beloved parts of Sesame Street, would arguably not exist without puppeteer Jim Henson, who Stone brought on board.

He also helped bring on the other half of that magical recipe, Joe Raposo, the Sesame Street music director.

He worked with Henson on the mid-70s to develop the two pilots that eventually became the puppet variety show.

So now I have a vision of the Swedish Chef in my brain …. pic.twitter.com/ysnIr38Zva

4. Stone shaped TV even without trying to

Anyone remember The Munsters?

According to Mental Floss, Stone is the reason they had to replace Marylin in the first season.

“Beverley Owen, who played Marilyn in the first 13 episodes, left the show in 1964 to marry Stone, prompting her replacement by Pat Priest.”

That’s right. A member of the Greatest Generation, Smollin emigrated to the US ahead of WWI.

When he came of age, he fought in the Battle of the Bulge and won a Purple Heart.

6. Smollin was a commercial illustrator

Children’s picture books weren’t his only bread and butter. According to Mental Floss:

He was a prolific commercial illustrator for many years, with a client roster that included Milton Bradley, TV Guide, and Time magazine.

First debuting on The Ed Sullivan Show as a green and orange critter named Gleep, Grover started out as a bit of a baddie.

He must have been scared straight before his transformation into the affable blue fella that we all know and love.

8. Stone wrote the first draft on an airplane

Like other writers who shall remain nameless (me), he wasn’t a fan of flying, and the trip to California can be a long one. Lucky for us!

9. The book was instrumental in keeping the show on the air

Since Sesame Street was essentially produced by a nonprofit for all those years, its operating expenses far exceeded its income, and The Monster at the End of the Book helped off-set some of that burden.

10. Thriller writer Brad Parks became an author because of the book

“I am 46 years old, I write thrillers for adults, and in some ways all I’ve ever tried to do is replicate ‘The Monster at the End of This Book.’

There is a monster at the end of all of my novels, and I want you to feel this unbearable compulsion to turn pages and find out what it is.”

The Home Before Dark author explained to Mental Floss:

“I suspect The Monster at the End of This Book is one of those influences many thriller writers have in common, even if we’re not aware of it. It was certainly my first encounter with suspense—knowing from the title that there’s a monster waiting for us on the last page and feeling both dread and delightful anticipation as I made my way through the book—and of experiencing a twist ending. In hindsight, The Monster at the End of This Book acts as a sly commentary on the sometimes cruel curiosity humans possess. Grover implores us not to turn the page. Yet we do. Every damn time. Which, in a twisted way, makes us monstrous as well.”

That’s right, two, although these were in a different genre, more likely to inspire children’s book authors than terrifying thriller writers.

13. There was also an actual sequel

The first was titled Another Monster at the End of This Book (1996) and featured Elmo as well as Grover. I bet you can guess how that one ends.

A decade later, the world even got a lift-the-flap version called Please Do Not Open This Book

In case this has all made you feel very nostalgic, you can check out a video of Grover himself reading his book to you:

I confess, I didn’t know any of these facts. Did you? Tell us or share your own in the comments!