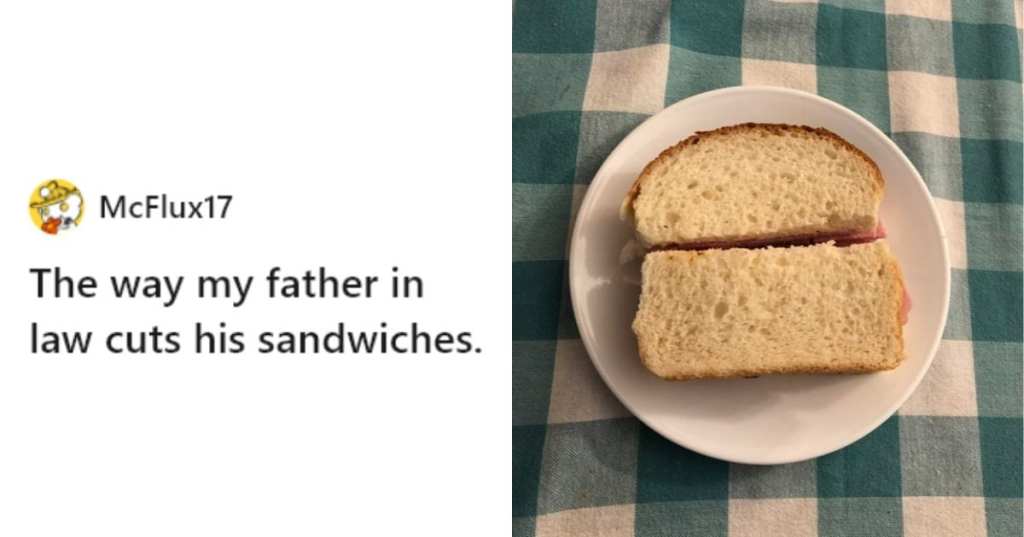 14 Father in Laws That are Really Pushing It

I don’t really know why we use the terms “father in law” or “mother in law” when referring to the parents of our spouses, but if I had to guess, we call them Father in Laws because, by and large, it takes the full force of the law and government for us to begrudgingly admit that we are sort of family.

At least, I think that’s how the people who made these Reddit posts feel. They say you can’t choose your family, but they rarely get into the headache of choosing someone you SUPER love and then having to deal with dummies like this as a bonus.

“The planet isn’t warming because it’s currently cold where I live. Also, I’m not ageing because my foot doesn’t hurt right now.”

My father in law. I’m mortified. from facepalm

Oh man, are those grass-stained sneakers and everything?

Got a new couch delivered today. Father-in-law decided to test it out. from mildlyinfuriating

Weird how many people with absolutely no medical training became the world’s foremost disease experts in 2020.

My FIL response to me and my pregnant Fiancée decisions to not see them due to Corona. from insaneparents

In all seriousness dude, what are you afraid is going to happen?
He might build empathy skills and learn how to care for a child?

My sister’s father-in-law, who is a very conservative trump supporter, was not happy that she bought her son a baby doll for Christmas. from insaneparents

My father in law said there is a park on the apartment complex for the kids to play. This is the park. from pics

My father-in-law’s adamant refusal to remove the protective film from the tablet he received last Christmas. from mildlyinfuriating

How is he not in prison?

The way my father in law cuts his sandwiches. from mildlyinfuriating

Did he use the knife or just bite it?

Cause you’re not gonna for long.

How my soon-to-be father in-law opens the milk carton. from mildlyinfuriating

Cleaned my FIL’s biohazard while hes in hospital from trashy

3. An insult and a challenge!

When your religion reaches “yelling about dinosaurs” levels, it’s time to turn back.

My FIL is a non-denominational Christian preacher. He mails us his self-made religious flyers every couple of weeks. He really outdid himself this time. from religiousfruitcake

What an adorable way to needlessly endanger yourself and your spouse.

1. Smart for one day

This isn’t even wrong.

My poor FIL never saw it coming. RIP. from MurderedByWords

Father in laws. Can’t live with ’em, can’t legally get rid of them.

But what about your FIL? How do you feel about him?