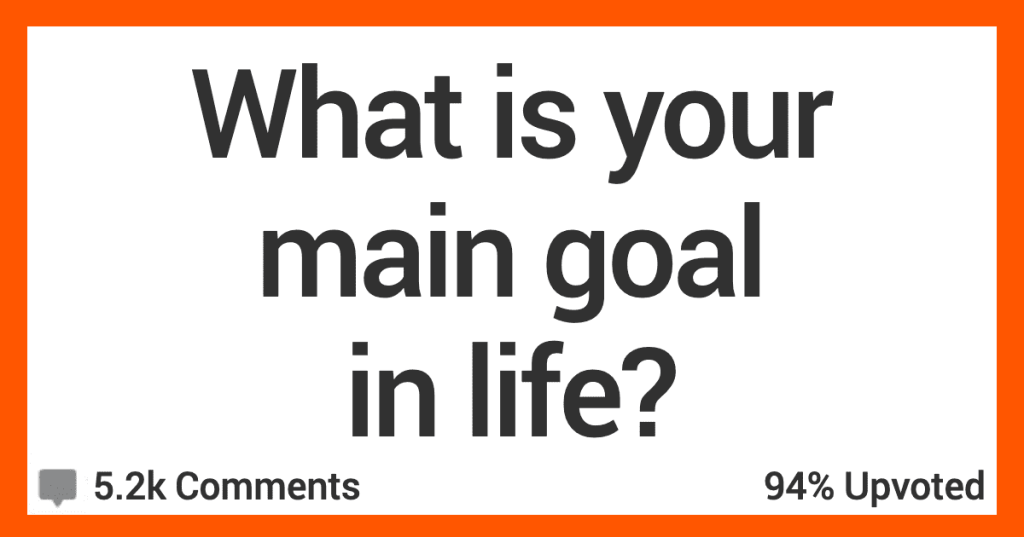 Life moves fast, no doubt about it.

And it can be easy for anyone, no matter who you are, to fall into traps before you realize it’s too late.

Yes, it’s kind of depressing, but it’s also the truth.

And AskReddit users went on the record about what they think are the biggest traps fall into.

The idea that you shouldn’t give up, you should stick with it,because you’ve already put in so much work and would be throwing it away.

Sometimes, you need to cut your losses and move on, and most people struggle with accepting that.”

“Getting into relationships with people they’re not compatible with, just because they are lonely or because everyone else is doing it, or because they don’t think they can ever do better.”

I always wondered where my money was going each month until I stopped nearly all of my subscription services.”

“Thinking “I have plenty of time left”

In the worst case, you d** tomorrow, no matter how old you are. Can be a car crash at 16 years old, bursting aneurism at 30 or getting shot at 55.

Or, not less scary, you grow old, and are then to old to do the stuff you told yourself “one day”. Travel the world when you retire? Catch a common illness like heart deseases etc. and nope – a thousand things you can´t really do or enjoy.”

“Staying at the same job for too long. I made that mistake, now I’m paying for it.

It doesn’t help your future job prospects having only one or two things to show on your resume and it’s extremely specialized.”

“Identifying too strongly with your thoughts.

Thoughts aren’t the essence of a person. Often they’re reactions to one’s immediate surroundings. They’re unreliable and changeable. They also trigger your entire mood and your emotions.

It’s a good idea to learn how to take a step back and look at what your brain spits out, as well as how it affects you.”

” When I was in my 20’s I kept comparing myself to other people, and where they were at in life. I felt like I was going nowhere and I would be so depressed.

I finally realized I controlled my destiny and started working at it. Where I am at now, in my 30’s, I would never have imagined I would ever be when I was in my 20’s.”

“Having kids because you think you’re supposed to.

Not even putting any thought into bringing a child into the world but doing it “just because”.”

Allowing themselves to be manipulated by advertising and marketing into thinking that they’re just one product short of happiness.”

Marrying young, having 2.5 kids, a dog, and a house with a white picket fence.

You can do all or none of those things and still have a happy successful life.”

“Not having a plan until it’s too late.

Sure if you find a happy medium where you can enjoy responsibly and not be unsafe with it, maybe not so much. But it’s a very very slippery slope.

I should know, I used to drink 2-3 beers a week. Then I went to more parties, keep getting more and more black out dr**k. Next thing I know I can barely go a day without withdrawal symptoms and I have wrecked so many relationships; romantic, platonic, family.

I just very recently came to this understanding and am trying to turn it around. I’m going to my first AA meeting this week. I’m going to therapy next week. The withdrawals suck so bad, I have have to work while going through them because I can’t afford not to.

But thinking of all the things I lost to al**hol hurts even worse.

And on top of all that, my Dad is going through liver failure because of his drinking.

So please, al**hol may seem fun, but please please be safe or not at all.”

“Keeping up with the Joneses.

You’re not your neighbors, don’t go into debt trying to keep up.

Let them go into debt trying to prove they’re better than you.”