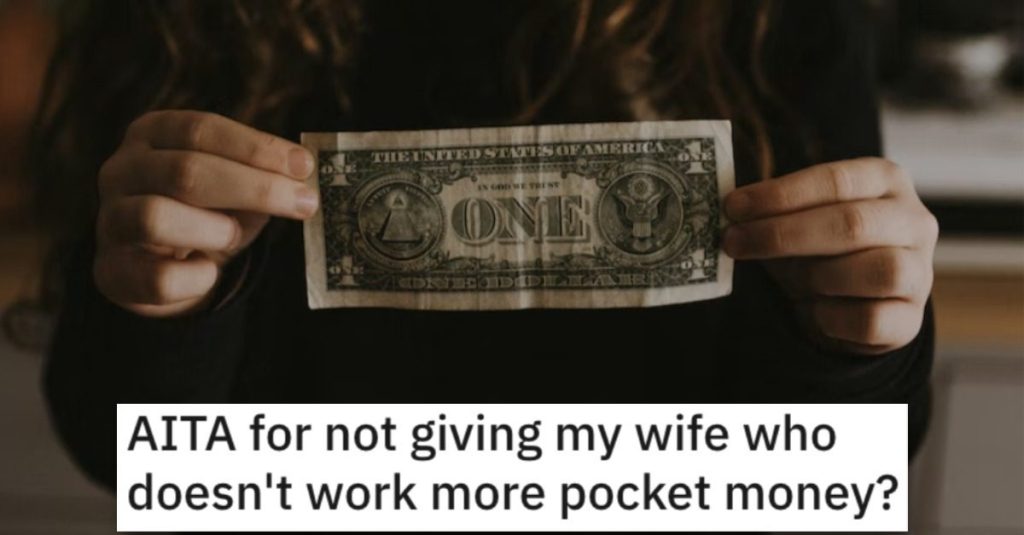 Uh oh…that’s never a good thing to hear from anyone.

And it’s really not good when a wife says it to his wife in regard to money.

Check out this guy’s story below and let us know if you think he acted like an a**hole.

AITA for not giving my wife who doesn’t work more pocket money?

“I(m27) can’t help but feel like an a**hole about the situation and my wife(F23) has been calling me an a**hole the whole week. Meanwhile our close family are taking my side and friends are split. I for one don’t see what I can do.

For context, we live in Europe.

The issue is the following: My in-laws halved the amount of money they give my wife each month and she wants me to make up the difference out of pocket.

For it to make sense i have to explain our finances.

I am a medical resident, my pay is s**t frankly. But it doesn’t matter, because I have real estate properties and make a decent amount of passive income from rent. My wife does not work, because she is still in law school and her time is full between that and taking care of our son(2y).

So here is the situation. 20% of my income goes straight into our savings, this I will not budge on come hell or high water. About 40-60% goes into household expenses, this includes the nanny/housekeeper, food, gas, electricity, and my wifes school expenses.

The percentage varies each month ofc course but lately due to the war all these expenses have risen, so its always on the higher side. The rest of the money is split between my wife and I but not evenly and here is why:

Before we even got married my wife had an agreement with her parents: As long as she stayed in law school and kept her grades high she would receive minimum wage from them. So that she didn’t have to work and could focus on school. When we got married I promised to give her half of what her parents gave her each month. This way our monthly pocket change would be roughly the same.

This agreement has worked for the past 4 years. Unfortunately this midterms her grades dropped. They’re not terrible mind you but her parents have high standards so until she can get her grades back up in February they said they’d half her monthly pay. I kept the amount i give her the same. Essentially she receives minimum wage now.

My wife has asked me to increase how much I give her to make up the difference. I refused, and I still refuse. My income didn’t magically increase in a month.

I pointed out that she had an agreement with her parents and me. That her decrease in her money is a result of her actions. I upheld my side of the bargain. I told her she will just have to deal with a little less personal money for a couple of months until she can get her grades back up (I’m 100% certain she can do this).

She maintained this isn’t fair and that as her husband i should take care of her. She said i could just lower how much i keep to myself or raise the rent since i already rent under the market price.

I told her i am not raising rent and leaving people homeless in these uncertain times, and that if i give her more from my own side i’d almost have nothing left for myself each month.

I really wish i could give her more, i do, but i can’t magically make more money, and i think i deserve a little for myself as well. IMO her receiving minimum wage without working is enough.

This reader said he’s NTA and that his wife is lucky he and her parents are giving her anything. 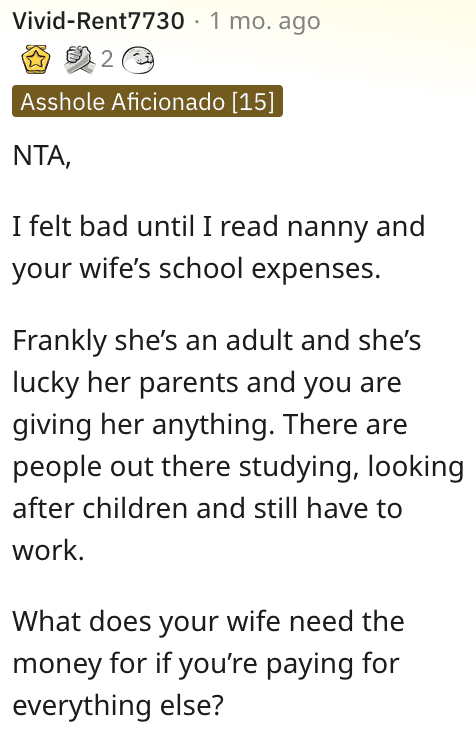 And this individual summed up what they think about the wife’s attitude. 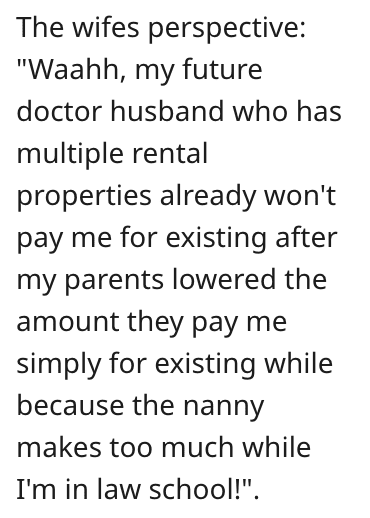 Another Reddit user said he’s NTA…but his wife sure is. 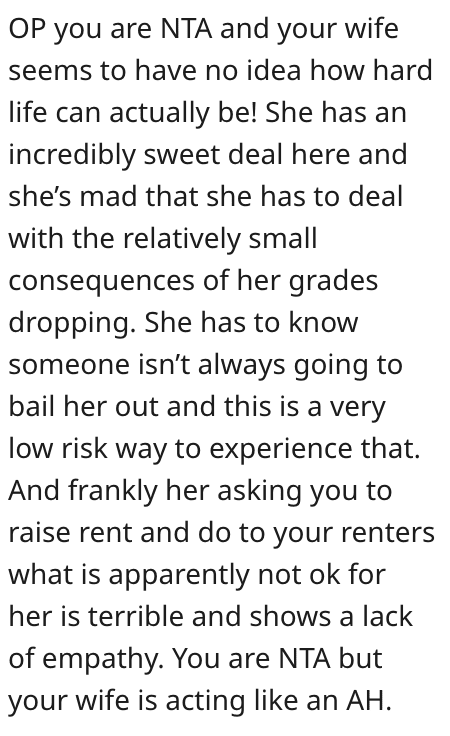