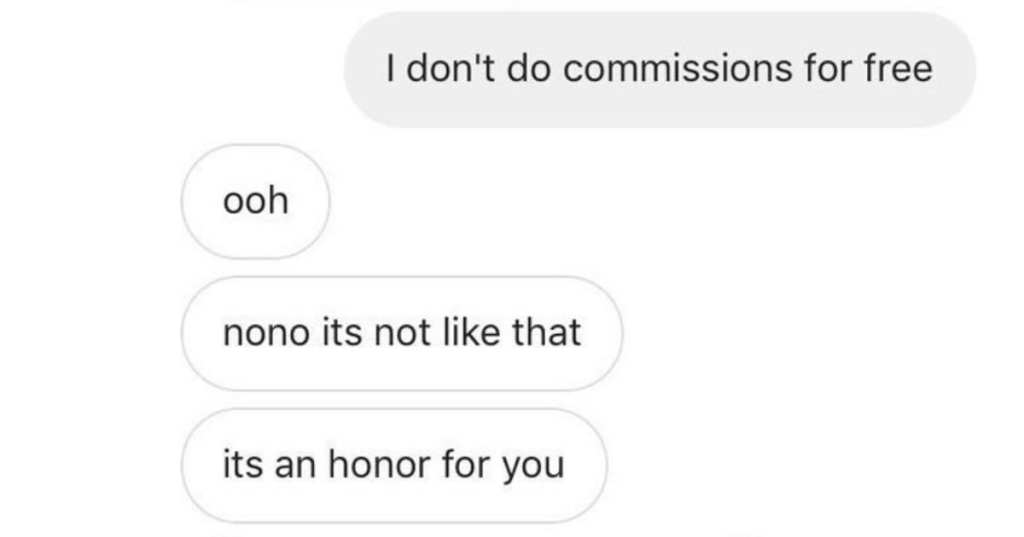 The truth is, we get gouged for things all the time. We get offered up pretty rotten deals on a regular basis.

Unfortunately, it’s often from big and powerful entities, so it feels like less of a rip off and more of just how life goes.

But when you scale it down to, say, some jerk demanding free stuff from you on the internet, it’s a little easier to see how this choosing beggar syndrome works.

The “think of the children” ploy is WAY more common than you’d think. 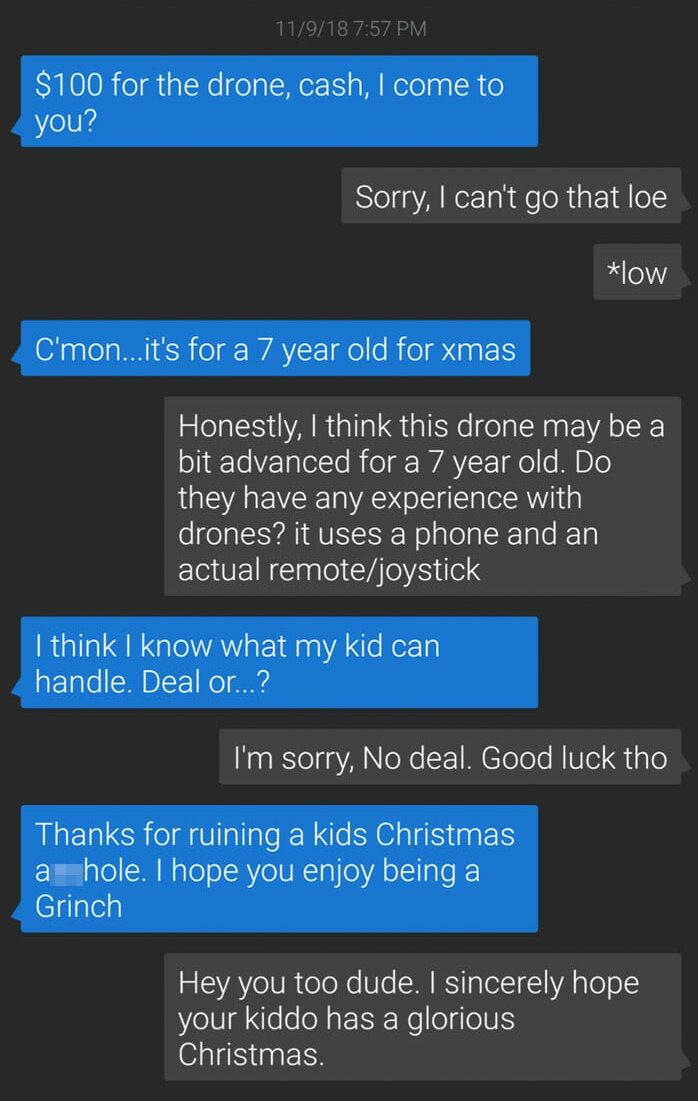 This artist is being way more patient than I would be. 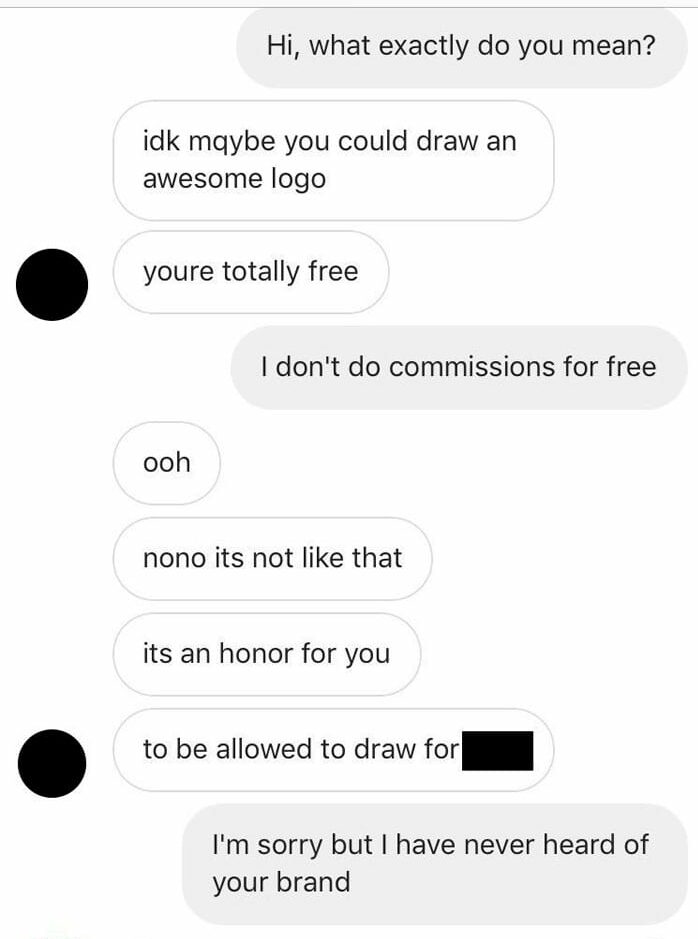 “I know we haven’t spoken in years but give me a bunch of money right now.” 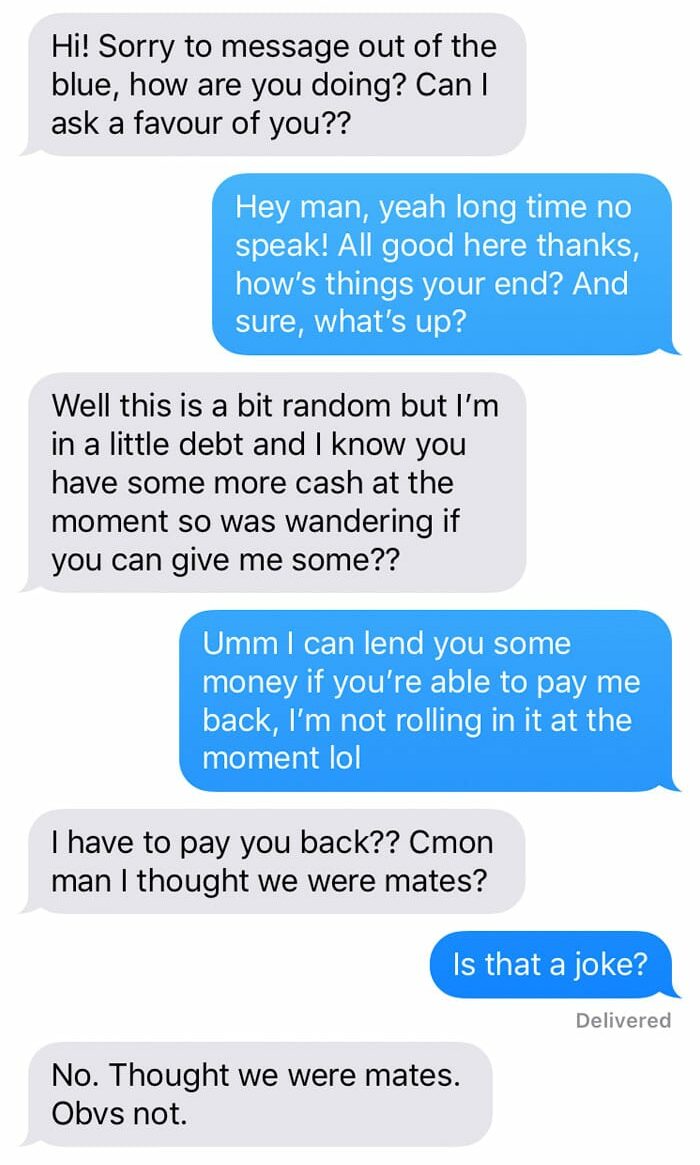 I’m really hoping that whatever job this is has nothing to do with mayonnaise. 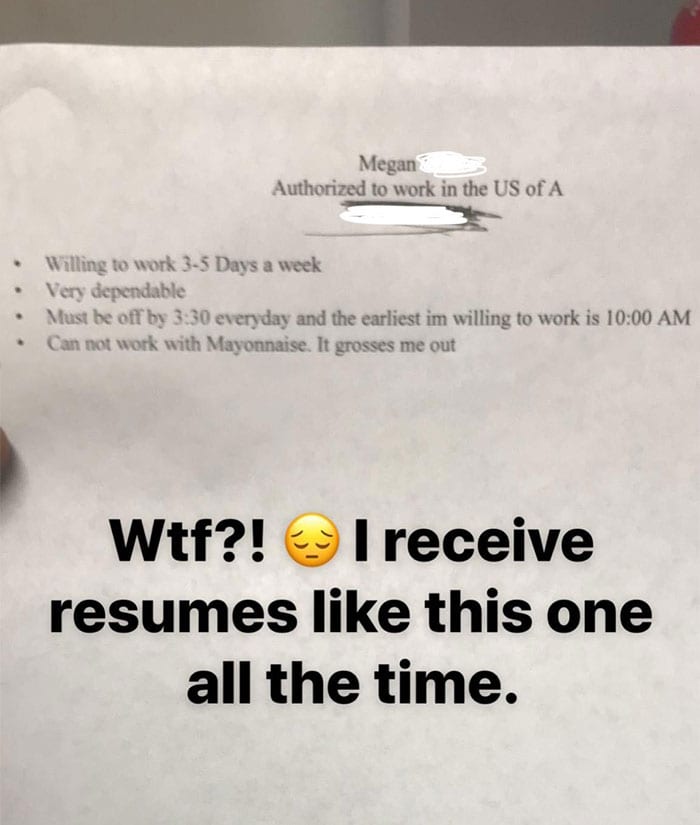 Yeah man, it is, and it’s what you can afford.
You’re poor, stop being snooty. 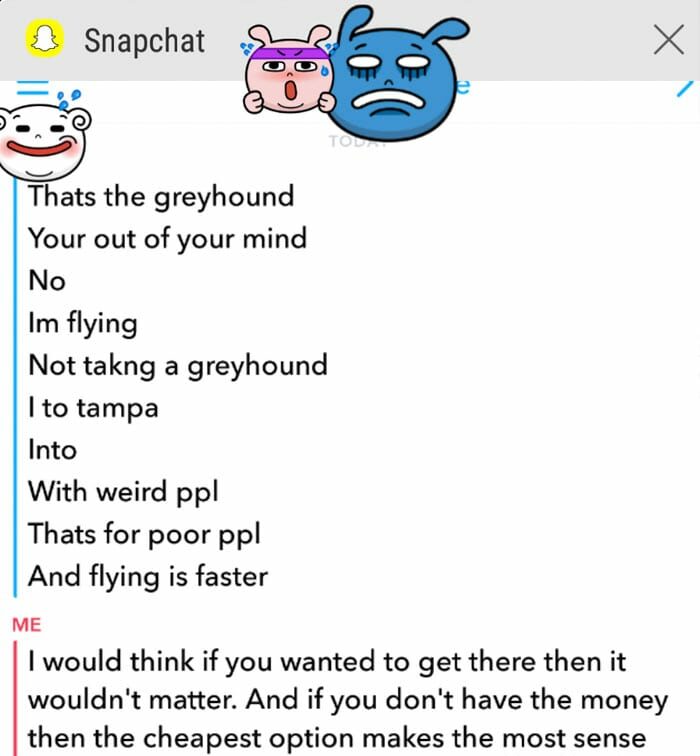 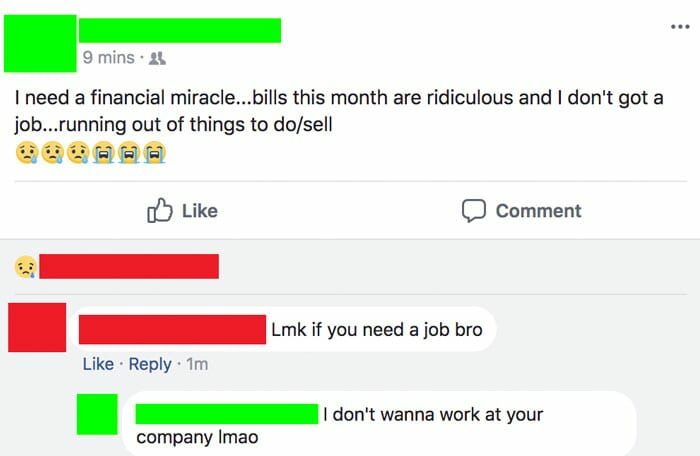 Let’s give them the benefit of the doubt, maybe they’re a time traveller from 1912 and $2 is a significant amount of money.

The modern economy is very weird.

The thing to note here is that even though this artist is in the depths of their busy season, they’re still probably not making all that much when you consider the time put in. 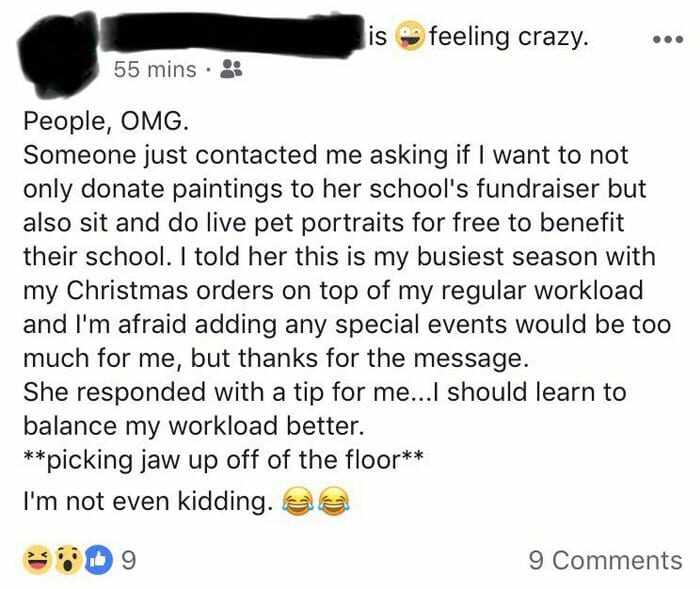 6. Something pricey something nicey

I cannot imagine the financial pressure of being expected to buy a very expensive pre-pre-ring. 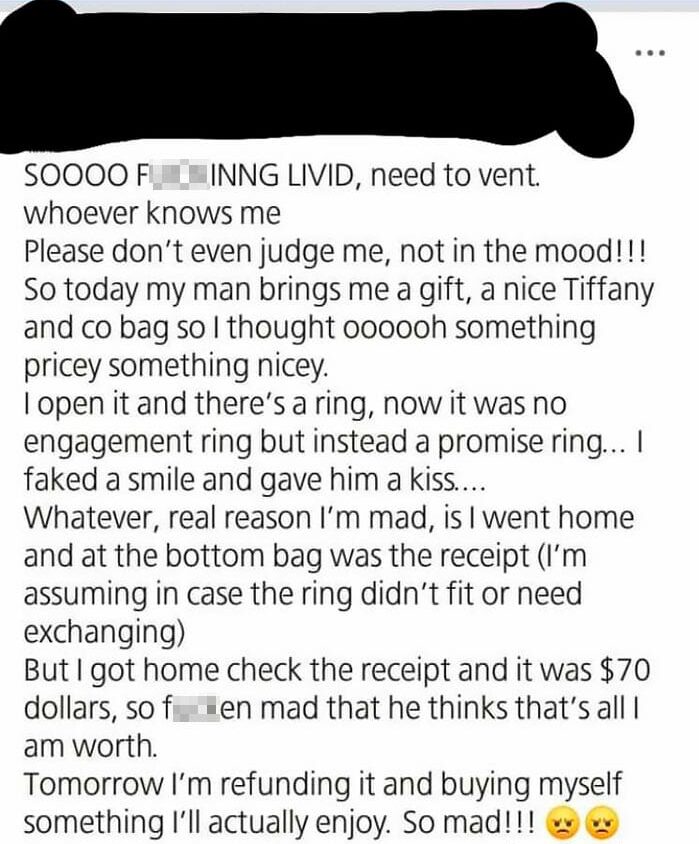 5. Getting away with it

It is so hard to get a read on this guy. 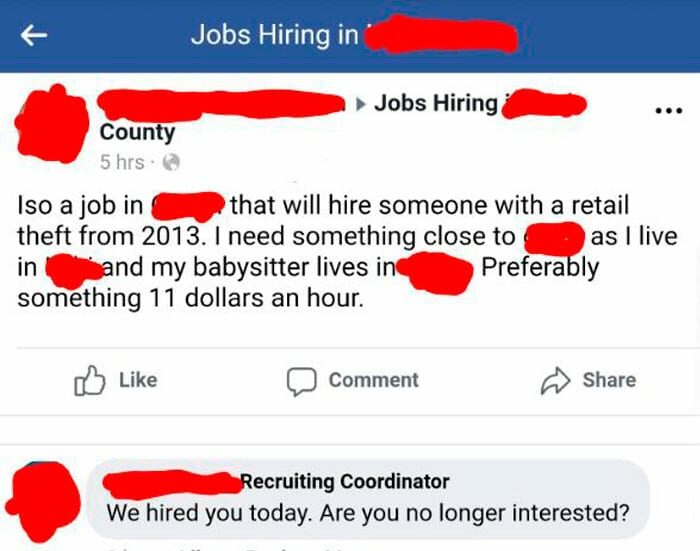 Ya’ll this is NOT how negotiation works. 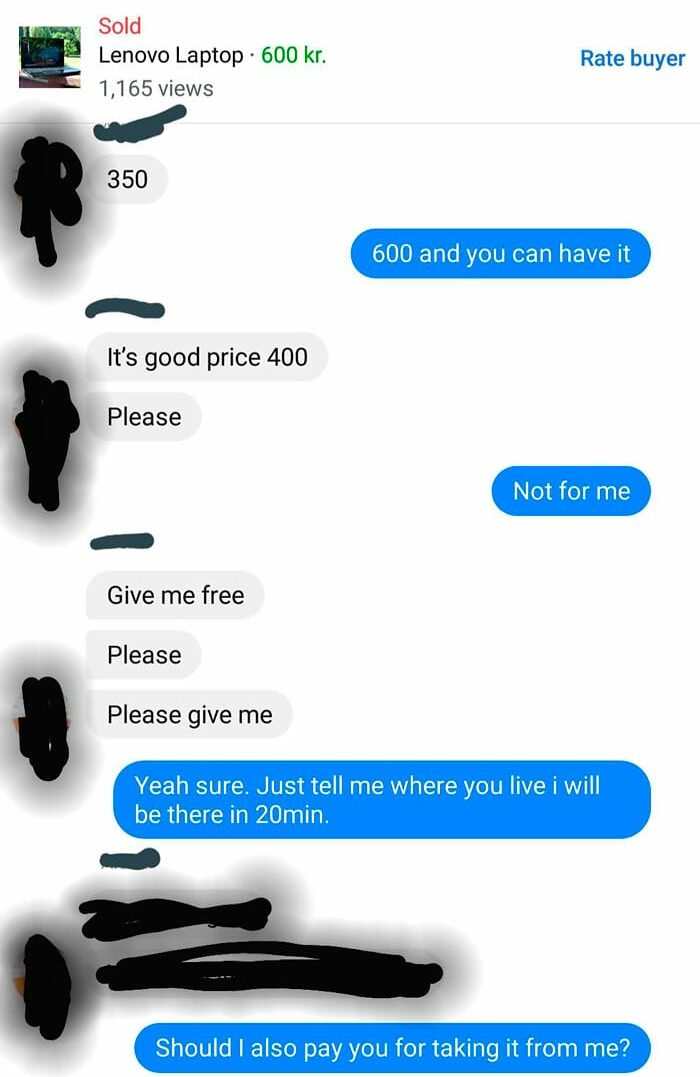 I cannot fathom how the person offering the service in this context is being labeled cheap. 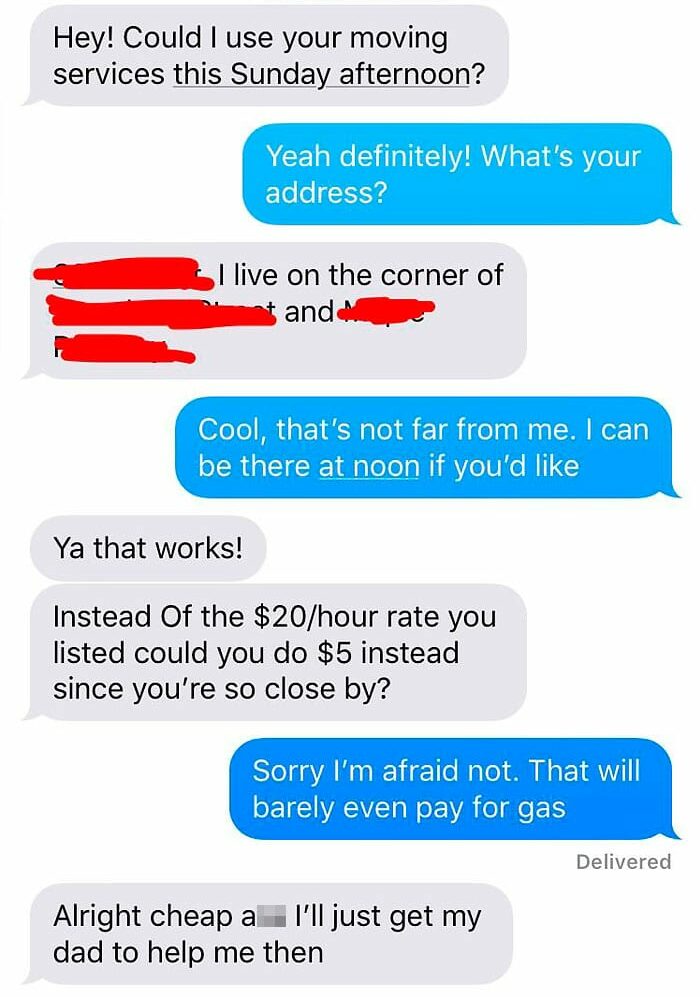 That’s about $14 American at the time of writing and it’s an absolute steal for a nice bit of graphic design. 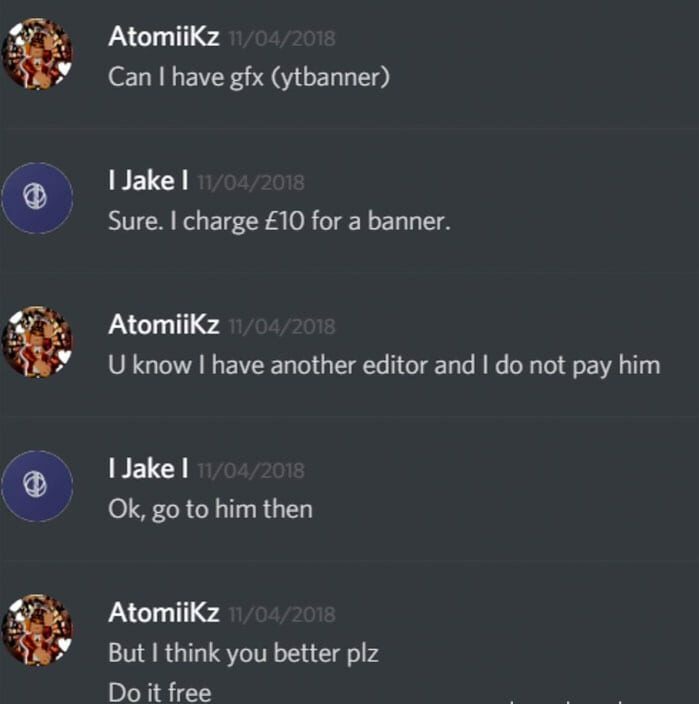 “Think of the children” strikes again. 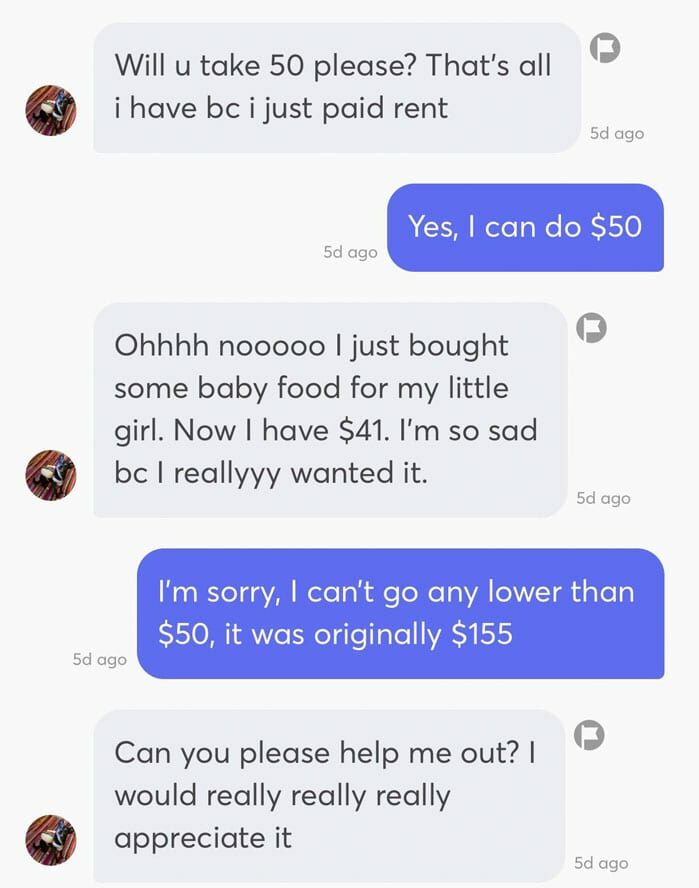 Alright, I need a break before I get too mad.

What’s the worst deal you’ve ever been a part of?